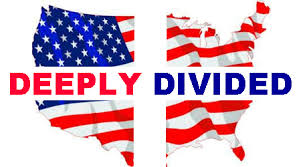 America is more divided today than I can remember in my lifetime.  The vitriol coming from virtually every direction is so divisive and inflammatory one wonders how we have avoided massive encounters resulting in bloodshed by opposing factions.  America, in my view, is a seething caldron or pressure cooker waiting to explode and UNLESS something changes that explosion will soon become a reality.  What will that achieve?

In the current and previous Presidential Campaigns we are exposed to such deviousness that to those who pray, desire the best good for the nation, and actually examine the assertions, statements, and promises find deeply disturbing.  Will it change?  Not as long as it works in stirring the emotions to the point they override rational reason and honest examination of the matters at hand.  There is a concerted effort of visible and invisible powers to fan the flames of hatred, distrust, envy, jealousy and push ideological differences to the point of producing real and realized hatred.  I have learned that when HATE is allowed full vent REASON is normally abandoned and the desire to subjugate the objects of hatred is paramount.

In today’s political world politicians continually offer “sound bite” assertions and accusations knowing their words will achieve the desired objective of stirring the emotions, clouding reason and endearing others to their cause.  I do not mind politicians naming another candidate and asking for a clarification of a particular policy or promise.  I do mind them doing so in a manner they know is rooted in deviousness and is filled with half-truths or outright fabrications but playing on the suspicion of the American voter and fanning the flames of distrust for politicians.  It is one thing to compare your ideology, policy or plan to another’s and asking the voter to decide which they think best and prefer.  It is quite another to use deception to discredit an opponent seeking to build yourself up by tearing them down.  I find that repulsive!

I long to hear politicians offer the ideology, planned policies, their plans for solutions to current problems and how they align with the Constitution on issues.  If an opponent is for increased taxes and you are opposed then highlight the difference without using deception, simply offer facts and allow the opponent to respond and the people evaluate and decide.  Unfortunately, American voters have demonstrated a propensity for voting based on emotions so frequently that politicians feel obligated to fan those flames and know that “sound bite” politics is effective.  We have created this monster and we are the ones who must defeat it. 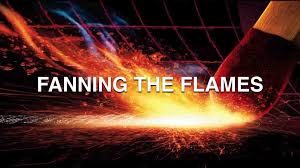 It is frightening that politicians are allowed or are so lacking moral integrity they would practice such deception and seek to further divide this nation.  The attempt to use “race” as a tool to solidify a voting block is not only insulting to those they use but dangerous for society.  We know that there is an increasing number of people whose anger, bias and hatred based on real and perceived injustices and that poses the potential for violence.  Nobody should desire that, not even a dishonest politician whose singular objective is personal power, position, and purse.  It is troubling when politicians are willing to trample on the Constitutional Rights of a segment of society in favor of another solely for the purpose of acquiring votes.

We are continually bombarded with, “My opponent supports this or that” without hearing a detail of the plan the candidate would advance.  I appreciate that we are talking about things we have been unwilling to talk about on the political stage but am troubled by the planned deception of virtually every candidate without fully revealing their plan.  I know, I know people would become bored with details and are more interested in a good mud-slinging fight.  That reveals a flaw in the American psyche that troubles me deeply.  We are divided and becoming more divided even within the political parties that claim to all want the same thing.  No, for the most part, we want what we want and are not overly concerned with how it affects everyone else. 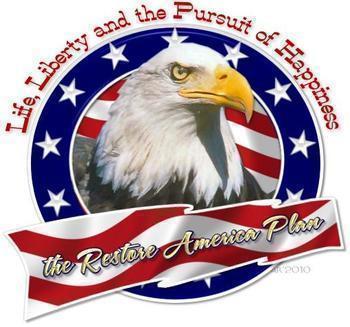 America we can turn this thing around and reclaim our Constitutional Republic but not if we continue down the road of DIVISION and DIVISIVENESS.  I have not formerly endorsed any candidate yet and some take exception to that.  I know many are so adamant in their support that they can tolerate no differing view.  I want what is best for America as the Constitutional Republic and want to have a President who will not only promise to protect and defend the constitution but will, without fail, do so.  I do not want a president that does whatever he/she wants but one that will follow the prescribed separation of powers, consider the will of the people and devotedly uphold and follow the Constitution.  Anything less than that is unacceptable to me.