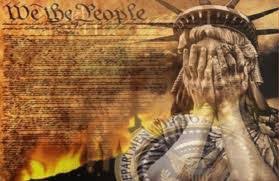 Before you attempt to castigate me for that statement and attack my personal view and beliefs, let me ask, “Do you not see a deterioration in moral fabric in this beloved nation?”  If you do not, then what I have to say will be like fingernails on a chalkboard to you and I suggest you stop reading now UNLESS you are willing to consider views other than your own.  If you do see the deterioration and are willing to consider other views, I invite you to hear what I have to express and if it resonates you can take the appropriate action but if it doesn’t you can dismiss it.  It is entirely your decision.

In the midst the ever-expanding revelation of the apparent moral atrocities of Harvey Weinstein, Saturday Night Live failed to skewer him as they have the President and others.  That was a bit curious but is reflective of a condition in America that is cause for weeping and concern.  They had gone after Bill Cosby, Bill Clinton, Bill O’Reilly, Roger Ailes, Anthony Weiner, Donald Trump, and others but not one peep about Weinstein.  WHY?  When Lorne Michaels the creator of the show was asked about that, his response was revealing and hypocritical.  He said, “it’s a New York thing” because Weinstein is apparently from New York.  Seriously?  Could I ask, “Where is President Trump from?”  I do believe it is New York so why give Harvey Weinstein a pass and skewer the President at every opportunity?  It stems from the view that only the view of the Liberal Left is acceptable and anything and everything is excusable if committed by a Democrat or Leftist.

The co-hosts Colin Jost and Michael Che demonstrated further cause for weeping at the divisiveness, hypocrisy, and moral deficiency existing in this nation.  They also highlighted the lack of rational reason and used their show to promote “gun control” in a supposititious manner.  They were highly disturbed the Stephen Paddock owned 47 guns and I contend the number of guns is not the problem but the intent and purpose he had for those guns.  Jost in a clearly self-righteous manner said, “No one should own 47 of anything!”  He continued his diatribe saying, “If you own 47 cats you are not a responsible cat owner, you are a crazy cat lady.  And unlike with guns, the government will actually come and take you cats away because everyone agrees that’s insane.”  Do you see his inference?  According to Mr. Jost, if we don’t want the government to take away our guns he deems us insane.  His co-host chimed in saying that someone needs to tell the gun-owing “snowflakes” they can’t buy firearms in excess.  We are the snowflakes?  I laughed at the idiocy of that statement.  He then went on a rant saying, “I mean, why is it so hard to get gun control in this country?  I mean, who are these delicate snowflakes that we can’t just tell, ‘No, you’re not allowed to have 40 guns anymore, Earl.”  He then suggested a gun buyback program and inferred that gun owners were men with undersized male genitalia.  The vulgarity of these self-proclaimed experts on what is best for society is disgusting and reveals a problem in this nation concerning our moral fabric and our drift in our moral moorings.

I weep for America because there are professors in college classrooms telling their students that the problems existing today are caused by white men, conservatives, Christians, and guns.  They provide encouragement and even incitement of violence against that which they do not agree with, and that is cause for weeping.  I weep for America that the former first lady could seriously tell her followers that blacks do not trust the Republican Party because it is “white men” and that any woman that did not vote for Hillary did not like her own voice.  That is sexist and racist and is a cause for concern because it fans the flames of hate that have been growing in an ever-increasing manner over the past eight years.

I weep for America because, in my view, we have drifted from our moral and spiritual moorings and become so self-centered and suffer from such a sense of entitlement many believe they are owed what they do not have and violence is an acceptable means of acquiring it.  Our Founders and Framers possibly never envisioned a time in which there would be such a deterioration of our founding principles we would disintegrate as a Republic.  However, I am convinced they saw it, repeatedly warned against it, and made provision whereby we could avoid it.  I weep because we have not listened and have allowed a morally and ethically deficient mindset to become prevalent.

You may totally disagree with me and that is your right and choice.  My views are admittedly formed from my religious and conservative beliefs.  I long for us to become, once again, that nation where the inalienable rights of all mankind are honored.  We can be that great nation that has been a beacon for the world if we are willing to do what is necessary to return and embrace those principles that made America the America that earned the respect of the world.  The America that was the envy of the world.