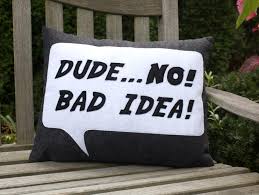 Democrat controlled “Blue States” are lining up to destroy and side-step the Constitution of the United States.  They are forming a coalition of states where they would ignore the Electoral College and the Constitution and award that states’ votes to the candidate who won the national popular vote.  BAD IDEA!  I know that many may find my stance grating and want to boil me in oil, tar and feather me, and ride me out of town on a rail.  The chant will be “After all we are a Majority Rule Democracy.”  NO, WE ARE NOT!  We are A Constitutional Representative Government, not a pure Democracy, and I am grateful for the wisdom of the Framers on that point.

This is directly connected to the fact that Hillary Clinton seemingly won the popular vote (discounting the illegal votes in California and other liberal bastions).  The movement is called the “National Popular Vote Interstate Compact”.  These states are telling their voters that even if they vote for the candidate garnering less of the national popular vote they will ignore the wishes of their state and cast their electoral ballots for the other candidate.  I WOULD BE FURIOUS and every American should be too.

Their idea is to prevent another Democrat who wins the national popular vote, largely determined by the super-blue sectors on both coasts, New York and California and yet lose the election based on the votes in ALL FIFTY STATES.  That would be a major death knell for our Constitution and would render many of the smaller states and rural areas of this country without a vote or voice in the election of a President.  THAT IS NOT WHAT THE FRAMERS DESIRED nor is it what we should desire.

Connecticut just joined that coalition and now they have 172 Electoral Votes.  However, I must point out that the states joining this movement were states which Hillary won in 2016 and if that holds true it would have little effect on the Constitutional Process.  Yet, I cannot help but wonder if those states would take their BLUE VOTES and turn them RED were a Republican to win the national popular vote?  My guess is – NO!  The argument is that it makes every vote equal is in error in my view because it negates the votes and voices of the States and does not make every state proportionally equal but makes California and New York the decision makers for who is to serve as President.  NOT A GOOD IDEA!   The states signing on, at this point, are California, Hawaii, Illinois, Massachusetts, Maryland, New Jersey, New York, Rhode Island, Vermont, Washington, and the District of Columbia.  NO SURPRISES THERE – They are Bluer than Blue when it comes to politics and liberal ideology.

I believe this is illegal and UNCONSTITUTIONAL.  However, if we lose the House and Senate in this mid-term electoral cycle the judges deciding the matter would likely be Far Left-Wingers and the Constitution would again be ignored as in the past.  I am a little concerned because President Trump told “Fox and Friends” that he would rather have a popular election.  That concerns me because I understand how the system designed by our Framers gives the smaller and less populous states a proportional voice in the direction of this nation.  THAT MUST NOT CHANGE!  Another thing that concerns me is that the following states have passed such a measure in at least one house:  Arkansas, Arizona, Colorado, Delaware, Maine, Michigan, North Carolina, New Mexico, Nevada, Oklahoma, and Oregon.  Those eleven states would turn the tide on how we elect presidents were they to join the ranks of the Liberal Leftist seeking to further “fundamentally transform” America into a Democrat Nest rather than a Republic with a Representative Government.

If this transpires and I can guarantee you it is going to become a “test case” in the courts and possibly be decided by the Supreme Court.  That is another reason we MUST not let the Democrats win in November.  We need at least one more and probably two more Originalist on the SCOTUS to keep our Republic a Republic rather than a Grecian Democracy that would be doomed to failure.    Keeping our system keeps the smaller states relevant in the politics of our nation.  It provides for clean and normally widely accepted ending to the election.  It makes it easier for candidates to campaign and often forces them to address all geographic regions of our nation rather than focusing on the big cities.  Our current system demands a distribution of popular support rather than pockets on the two coasts.  It gives minority interests a say in the election and in my view, encourages political stability and maintains a system of national representation.  It keeps the voice of the state alive in national politics and thereby decentralizes the federal government.  If you like Big Brother having ALL POWER then you would be in favor or disbanding the Electoral College and turning American into a Grecian form of Democracy.  If you are in favor of Limited Government you should oppose this and desire to keep the Electoral College vote.

Historically, we have had four presidential elections in which the plurality winner of the popular vote was not chosen, president.  It is also true that since 1824 no president has received the votes of a majority of the eligible voters and 18 presidents, including Andrew Jackson, Abraham Lincoln, Woodrow Wilson, Harry S. Truman, John F. Kennedy, Richard Nixon, Bill Clinton, and George W. Bush were elected with less than a majority of the votes cast.  In each case, the Republic survived and our system of government has remained strong.  The National Popular Vote push for determining the election would undermine the complex and vital underpinnings of our American System of Government.

In my view, this movement is a BAD IDEA and one that would do far more harm than good and could possible and would likely destroy our Republic by opening the door to the heated passion of any given majority.  History is replete with the failures of the pure Democracy system and our Republic is a testimony of the incredible wisdom and foresight of our Framers and Founders.  I LOVE AMERICA as do you and want to do everything I can to preserve, protect, and defend the constitution and keep our Republican Form of Government in the Republic known as the United States of America.