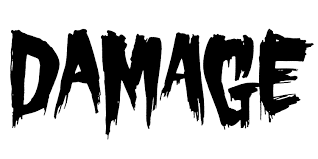 I saw a poll recently that suggested Michelle Obama would beat Donald Trump by 10+ points in a national election.  That is disturbing for many reasons, not the least of which is the damage done to the Republic by the Obama’s and the vitriolic hate that Michelle has spewed forth from time to time regarding race.  Is it that America is so enamored with firsts that this nation would be willing to allow an individual to become president simply because she is classified or identifies as a woman?  Are there still some in America who truly believe that Obama was a great president and oblivious to the fraud, scandals, deception, and damage his policies have inflicted upon this nation?  The answer to that is obviously, YES and that breaks my heart.  Before anyone attempts to blast me that my dislike for the presidency of Barack Obama has anything to do with race, IT DOES NOT!  It is rooted in my love for America and my desire to see this nation return to being, the Constitutional Republic established by our Famers and Founders.  It is anchored in my distaste for bad Government not, Race.  You can disbelieve me if you choose but I know my heart.

One of the many disastrous actions of President Obama was his unconstitutional edict establishing the Deferred Action for Childhood Arrivals (DACA).  His ignoring border security and attempting to create a borderless nation making us citizens of the world rather than a sovereign republic did and is doing great damage to our Republic.  Congress has the plenary authority constitutionally to establish rules regarding immigration but the President has only the authority delegated to him by Congress on the matter.  Barack Obama’s action was a clear abuse of presidential power and an exercise of unconstitutional authority.  President Trump was right in announcing the six-month wind down of the program back on September 5, 2017.  Congress must act but I would argue they should not Legalize DACA.

Our Federal Immigration Laws clearly give no permission for the reclassification of millions of illegals as being here lawfully and make them eligible for a myriad of federal and state benefits or work authorization.  THAT IS UNCONSTITUTIONAL, yet Barack Obama did it and there are those in Congress desiring President Trump to do the same.  If Congress Legalizes DACA the collateral damage done to our Republic and national sovereignty and safety will be colossal.  Qualifications for DACA was supposed to include the children enrolling in school and graduate from high school, obtain a GED certificate or receive an honorable discharge from the military.  Additionally, they were to have no felony convictions or significant misdemeanors, or no more than three other misdemeanors or pose a threat to public safety or national security.  THAT WAS JOKE UNDER OBAMA!  The Obama administration consistently waived those requirements and we know that only about 49% of the DACA recipients attained a high school education.  Could that be because the majority of them were adults, not minors or children? EXACTLY!  They were not required to attain fluency in English.  Their limited grasp of the language and low educational level placed them in a position to obtain only the lowest paying jobs a further drain on our economy.  It is reported that about 82% of DACA-eligible aliens were adults and their average income was about $13,200 per year which means they were consistently hovering near the poverty level of 2017 which is slightly over $12,000 per year.  That poses a significant financial strain on our economy because they will be awarded many government entitlements and benefits.

The Democrats are arguing for Chain Migration for DACA recipients.  A bit of historical research reveals much about that danger.  Over the past three decades, there have been about 33 million legal immigrants admitted to the United States. Of those 33 million, about 20 million were chain migration immigrants or about 61%. The average immigrant sponsored 3.45 additional immigrants.  I am convinced that with DACA participants that number would be much higher.   If Congress allows Chain Migration to DACA participants then that will  mean those illegals are rewarded for their illegal activities and our shores will be flooded  with more immigrants who have not been properly or fully vetted and would mean that we would likely be flooded with those of limited education and flood the workforce with low skilled individuals further damaging our economy.  This would simply attract more illegal immigration not less and would not solve the mountain of enforcement problems we now face.

What should happen is an immediate and all-out effort to secure the border and enforce our current immigration laws.  We need to enhance our border security, strengthen immigration enforcement, and improve the legal immigration process.  We MUST track everyone here on a visa or permit and know who comes and when they leave.  If they do not leave we need to locate and assist them in their departure.  We are supposed to be a nation of laws and if we reward any group of people for breaking or ignoring our laws we invite anarchy on other fronts and in other sectors.  No republic can survive the lawlessness that would be invited.

DACA is one of many disastrous programs and actions by President Barack Obama and how anyone could even remotely consider voting for Michelle as President blows my mind.  Have we reached the place in our American Society that we are willing to become pawns to the State and told what we can and cannot do?  Have we reached the place that we are so fearful of the PC Police and the charge of Racism we will cower in the corner and vote for the kind of destruction she would bring upon America?  How is it that Michelle, Barack, and many others some black and some white on the Left can spew racist remarks and call for racist actions and be called patriots but if anyone opposes them we are called traitors, unfeeling, uncaring, bigots, phobic, or racists?  AMERICA, if we do not stay the course and continue the marginally open window we have been given by defeating the Democrats we will see incredible damage or loss of our Constitutional Republic.  WAKE UP!