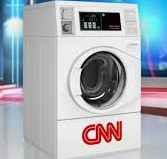 Remember Barack Obama’s declaration promoting Obamacare, “If you like your health plan and/or your doctor, you can keep them?”  That was a farce and he knew it, those in Congress knew it, and I’m quite sure some in the MSM knew it.  However, it was packaged and sold as a factual reality.  Then, when it was discovered by the public that was a very misleading statement, they began to promote it as, “look at the benefit it does for the uninsured, so you need to take a bullet for your fellow man.”  Sounds noble, right?  Well, that bullet has been more of a cannon shot rather than a 9mm round fired at us.  It was, is and will continue to be a total disaster.

The Democrats are highly skilled at promoting ideas, rhetoric, and spin they believe will resonate with people and cause them to react favorably to them.  Their spin and snake oil are designed to do one thing, ‘get votes’.  Their proposals are not launched with the best interest of people in mind.  If it is, they are even more delusional than I have given them credit and that might be more troubling than them simply being sinister.  Both are bad, but if they are that out of touch with reality and sinister too, we are in deep trouble.

I cannot believe that I am, once again, feeling the need to deal with some of their prime talking points but meeting and talking to people daily, I see and feel the confusion of many.  When you add the calls for incivility by Hillary Clinton and physical violence by Eric Holder it makes the situation even more dire and dangerous. Don Lemon’s calling white men the greatest terrorist threat to America.  Maxine Waters has been going off at the mount in delusional rages for so long that most on the Right and Left simply dismiss her as an angry deranged woman who is out of touch with reality.  But Eric Holder and Hillary Clinton are more mainstream Democrats and that makes them incredibly dangerous.

The Electoral College continues to be one of their prime targets.  Dr. Walter Williams gave an excellent argument shattering their claims and objectives and you can find it at https://www.thenewamerican.com/reviews/opinion/item/30356-the-electoral-college-debate?fbclid=IwAR3XbxIHeY0VIH_dKtruZu-We4sUrqegd9TezKdpZ_r2avjFlOtt4DdhSzc#.

It is excellent reading and something everyone should read.  We have a Republic and our Framers and Founders were adamantly opposed to a Democracy.  The Democrats do not seem to have a grasp on the difference.  In every contest there are rules, and everybody is supposed to play by the same rules.

The Democrats demand “Fairness” but seem to be oblivious to the Fairness of the Electoral College and its necessity to preserve our Republic and prevent us from becoming a Grecian Democracy.  In a baseball game scoring runs is the objective.  Not who had the most hits, strikeouts, or the fewest errors.  Those things matter, only in how they helped score or prevent the runs.  When you discover that the huge electoral college states of New York, California, and Illinois have a solid lock of 104 electoral Democrat votes.  If we do away with the electoral college, we allow California and New York to run up the score with popular votes and remove the smaller states from any consideration.  The electoral college gives each state a voice and votes proportional to their population thus preserving the Union and the Republic.

Stacking the Supreme and Lower Courts are another prime objective of the Democrats and as most of them have acknowledged including the Democratic Senate Candidate in Texas Robert Francis O’Rourke they want Justices and Judges who agree with their political views.  The concern with the constitutionality of those views takes a back seat to achieving their objective.  That is foreign to the intent and design of the Founding Fathers and the Framers of the American constitution.   Today, President Trump has shown the courage to buck the Democrats and nominate Justices who are more originalist in their views.  This contrasts with former Republican Presidents who capitulated and nominated the likes of Harry Blackmun, William Brennan, John Paul Stevens, and David Souter.  There is the talk of the Democrats, should the regain power and the White House to increase the Court to eleven and packing those new positions with liberal activist Justices.  Maybe, the Republicans should do that now!

The two-pronged Impeachment demand is nothing short of a last-ditch effort and a desire to overthrow a legitimate election. They want to Impeach both Donald J. Trump and Justice Brett Kavanaugh.  Forget the idea of “innocent until proven guilty” for they have already deemed both guilty and worthy of impeachment if not the firing squad.  One Supreme Court Justice (Samuel Chase) and two Presidents have been impeached and none received the required two-thirds vote in the Senate to convict and oust from office.  They decry Justice Kavanaugh’s temperament and his going full bore against the Democrat railroad job as disqualifying but Justice Ruth Bader Ginsburg’s libelous railing on Donald Trump is acceptable. Talk about double standards or no standards.

Senator Dick Blumenthal presented a double-edged sword in saying: “Falsus in Uno, falsus in omnibus.”  This is the Senator that lied about a Vietnam record, which he does not have.  One might question their use of that in trying to trap now Justice Kavanaugh when there was a serious question as to the veracity of Dr. Ford’s installation of a front door and presumed fear of flying.  Both, have been called into question and in the minds of many totally refuted.  However, the Democrats have learned that proof is not required on innuendo and allegation to destroy a conservative and/or constitutionalist’s reputation.

Then, they hark that Voter Identification is somehow disenfranchising to blacks and especially blacks who do not read.  They also, decry any black who would support President Trump and his agenda because they might influence those poor illiterate blacks who would simply follow his lead.  That is or should be demeaning to blacks to have that allegation made by the very people who are supposed to be their champions.  However, the Left has no problem with Taylor Swift, the Dixie Chicks, Robert De Niro, Kathy Griffin, Snoop Dogg, and a host of others who influence people for their side.  Kanye’s powerful statement both surprised and resonated with me.  He said, “I stand for what I believe in, and I will not be intimidated by the Left mob.”

When racial bigots like Don Lemon can laugh while a guest on his show would blast Kanye and insist that Mr. West reflects what “happens when Negros don’t read.”  That is or should be insulting to everyone black, white, brown, or any other ethnicity or skin pigmentation.  If it isn’t it should be.  The insinuation that Kanye does not read is ludicrous.  He writes songs.  I remember when Susan Rice insisted that traitor Bo Bergdahl “served with honor and distinction.”  If that is honor and distinction then I have no clue what Honor is.  Mr. Lemon, would you say she was an example of when blacks don’t read?

America if we allow the Liberal Progressive, Socialist Leftist Democrats to return to power in this election we are driving nails in the coffin of the Republic.  Hate me if you will.  Disagree with me if you please.  But, before you attack me, get the facts and try to lay aside your bias and consider where the road they are offering ends.  It ends in the dismantling or ‘fundamental transformation’ of the Republic.  I want America to be and remain the Free Constitutional Republic we were given through the Revolutionary War and the Constitution of these United States of America.  I ask you to vote and to vote for America.  The only path for that to be a reality is to reject the National Leftist Democrats.  I am praying for an extension of this window of opportunity to restore much of what has been taken from us.