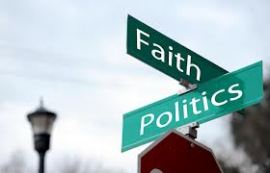 (The Bible and Our Founding Fathers understood Life is Life.)

For the past few days I have been on somewhat of a spiritual retreat where I had almost no contact with the internet and various social media outlets.  My reason for this retreat was the “sickness” I sensed rising in my heart over the condition of the world, our nation, the church, and politics.  I wanted to “Hear from God” what He would have me say and do as a Christian and an American.  I needed clarification as to my purpose and assurance that what I felt compelled to do was what He desired for my life.  During this time of deep soul searching and crying out to the Lord my heart has been stirred greatly and my understanding illuminated giving me a clear sense of direction and purpose.  It is with that I write today and hopefully lay a foundation upon which to build in the days to follow.

Over the Weekend, I talked to several friends, who are Christians, and shared with them what I was sensing in my heart, mind, and spirit as the purposes of God for my life and told them what I planned to write.  I received as many different responses as people, which was not surprising although one in particular caused me to rethink what I had initially planned to say.  Some felt I was not going far enough, some that I had gone too far, and one said that I should take into consideration “Separation of Church and State” and focus on the fact that, in his words, Jesus forbade Christians from talking about politics.  He could give me no chapter and verse to support that statement other than a few verses he used as “stand alone passages” yet when you take them in context and light of the entire biblical Message of Christ fail to hold up.

The idea of “Separation of Church and State” is a misapplied definition that supposes our Founding Fathers did not want “Faith” to have any role or place in politics.  The actual reading of the First Amendment is “Congress shall make no law respecting an establishment of religion, or prohibiting the free exercise thereof; or abridging the freedom of speech, or of the press; or the right of the people peaceably to assemble, and to petition the government for a redress of grievances.”  That is not a statement to “ban” religion and faith from politics but that the United States Government WILL NOT, establish a STATE CHURCH and place it above all other religions.  If you read the writings of our Founders you will find that many of them were “clergymen”, many were profoundly “religious” espousing and expressing their faith and calling for the involvement of “faith” in all matters of political discussion.  It was not that they wanted to alienate or eliminate God from politics rather they wanted to ban the Government from establishing a State Church as was the situation in England.  They wanted to protect “religious freedom” not discard, deny, or disrupt it. 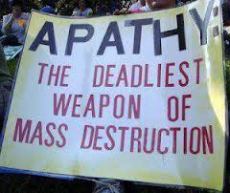 I am convinced that what is happening in Washington is a symptom of what we have allowed and are allowing in the church, society, and our personal lives.  We have not exhibited the righteousness and power of God.   We have fallen prey to political correctness and allowed ourselves to be silenced while evil has been called good and good called evil.  We have been silent in things God calls sin and abomination.  We’ve claimed tolerance and many have contended that we should not speak out on matters of politics even when some of those matters are direct assaults against what God’s word declares.  It is time that we return to our first love and not just proclaim the Word but demonstrate it!  That means we get our hands dirty, speak up and out on things that some mistakenly believe we are not to speak on.  We must become people who are wise as serpents and harmless as doves. We must set our faces like flints and determine that nothing short of God’s rule in our lives is acceptable.  We must, by our lives and words, bring God’s power and love into our world and yes that means spiritually, relationally, economically, and politically.  We are not cats with nine lives or compartmentalized lives we have we have A LIFE.  So it is imperative that we LIVE THAT LIFE in all its phases and facets!

Some insist that “Religion” or “Faith” should have no voice in politics and I must ask, “How Can That Be?”  I have learned that WHAT I BELIEVE determines my actions and involvement in business, relationships, and ministry. So HOW is it possible that “faith” would not be or should not be present in the political?  MY LIFE is driven by the principles and purpose derived from the “Foundation of my Faith.”  I cannot check my faith at the door when I enter the “voting booth” or engage in a discussion that involves politics.  IT IS WHO and WHAT I AM.  I am a Christian, a husband, a father, an American, and a Texan.  My ancestry is heavily Scottish-Irish with a mixture of Cherokee. I choose not to be identified by some hyphenated distinction because I am a “human being” who was born in the United States of America naturally and into the Kingdom and Family of God supernaturally.  I AM WHO I AM by the Grace of God and WHO I AM is visible in ALL I DO and SAY!  I cannot “compartmentalize” my life into differing segments because each part touches every other part and I am the SUM TOTAL of all the parts.

We are in difficult times in our world and it is my firm conviction that while we have turned a blind eye and deaf ear to many things that would fall into the category of “calling evil good and good evil” we no longer have that luxury.  The time has come when God has drawn a line in the sand and we must STAND FOR WHAT WE BELIEVE and WHAT HE HAS DECLARED no matter how that affects politics, business, or anything else.  We must stop the senseless slaughter of the unborn, the blatant attack on Christianity, and the drive to enslave people infringing upon their God-given unalienable rights and liberties.  If we hope to win as many as possible for the cause of the Kingdom of God WE MUST live lives that are harmonious to the revealed Word and Will of God.  We must be willing to make difficult and unpopular choices to speak out and stand against things that many, even in the church, believe are private matters or political matters that are off limits to believers.  Instead of a discussion on the right for a woman to have an abortion maybe we should discuss the right of the unborn to be adopted into a home that loves and wants them.  In politics I’m more interested in principle (based on the Bible, the Constitution, and Morality) than I am party affiliation.  It is not politics that makes me sick it is the politicians who engage in politics and do everything for political purposes.

I love God, my Family, and my Country and will do all I can for each up to and including giving my life if need be.  It has been reaffirmed in my heart that I am to carefully listen to the voice of my heart as the Spirit of God speaks, the Bible, and perform my calling to be a “Watchman on the Wall” warning of evil and wickedness.  So as you face the future please face it with a Hope that is in Christ and a Commitment that is absolute to God, Family, and Country.

May God bless and protect you and may God Bless America again!