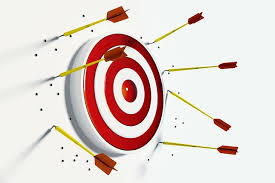 I am not attempting to be a Donald Trump apologist and I have not figured him out any more than anyone else, so what I offer is an opinion, not scientific evidence.  However, it would appear it has as much validity as the ‘professionals’ who are all over the map on who, what, why, and when he is.  There is a saying I’ve heard all my life, “You can’t teach an old dog new tricks” and many have attempted to ascribe that adage to Donald Trump and proclaim with certainty that what you saw on the campaign trail is the real Donald J. Trump and he won’t change.  I believe they are wrong or partially wrong.

Most of us, once we reach a certain age do not change much, if at all.  We become ‘set in our ways’ and dynamite could not move us from our habits, mannerisms, and ways of doing or saying things.  That can be good or bad, depending on the person or situation.  However, most of us are not accomplished business people who have learned the art or tactic of adaptability.  I have read and listened to some very learned people in the world of psychology and business who suggest that people, such as the president, who have built large and successful business empires are always learning, adapting, and morphing.  They often face unexpected challenges that require them to adapt almost immediately as they assess the situation and develop new strategies to achieve their objectives.  In simple terms, “they learn as they go.”  I have observed people of high-level business experience adapt on the fly and seem to totally change almost instantly.  Some would argue they are not being genuine when they do, and while there may be some truth in that, many of them are very sincere because they have a passion for success and adapting is a necessary trait.  I believe that Donald Trump fits that mold and if we honestly assess his business empire we would have to say, he is somewhat of a chameleon when it comes to business.

I do not mean that I think he is two-faced and insincere but that he is always evaluating the situation, studying the parties involved, and adapting to what he believes is most conducive to achieving success.  He is a goal or success oriented person, not a political ideologue and that makes him an impossible to tolerate or understand by those who are sticklers for the pomp and ceremony of politics.  He does not buy into it and will not participate in it other than in a short-term effort to achieve an objective.  The president has done business in many countries requiring him to be very flexible and adaptable.  Most successful CEO’s or entrepreneurs are very smart people, students of people, calculating in their deliberations, and determined in their business ventures.  They, as one ‘professional’ said, are ‘focused in their learning.’  They never stop learning and thereby never stop adapting and changing as they move from deal to deal.  They are often, if not normally, excellent strategist and adapt to whatever behaviors and proposals they believe will achieve their objective.

I realize that, for some, I have painted a picture of Mr. Trump that makes him insincere and not one to be trusted.  But, I hope that you do not allow a narrow definition or pigeon hole what I’ve said but rather see that this president is focused on GOALS and OBJECTIVES, not political points.  He will deal with the Democrats if he believes the deal he is making will advance his primary objective and he will crush them if he believes he can do so without jeopardizing his objective.  Donald Trump’s personality is colorful and powerful and because of his experience and learning in business he is intimidated by no one and that is a problem for politicians who are accustomed to being intimidators.  He is, in a sense, an entertainer and knows how to work a room in order to break the ice and communicate his message.  In business, he appears to have developed the ability to make the person he is dealing with believe they are driving the process when, in fact, he is positioning them to consent to his desires.

Unlike, Barack Obama and many other narcissists in politics and elsewhere, he seeks advice from those he deems to be proficient in whatever field or endeavor he is engaged.  In business, he demonstrated the ability and willingness to learn, grow, and adapt and there is nothing in his makeup that causes me to believe he will be any different as president.  For that reason, he will, at times, cause those of us who are conservatives and constitutionalist to want to pull our hair out and at other times become his loudest cheering section.  If he is, as I suspect, a Goal Oriented Strategist, he will learn as he goes, adapt as he deems necessary and always be thinking two steps ahead of most who are not accustomed to the business process of ‘cutting deals’.  He has a vision for America based on what he sees as wrong and what he believes is possible for this nation.  He is not a typical politician, and while he may arrive at the same conclusions politically that many of us who are conservative and constitutionalist he will not do so from the prism of ideology but from the view of opportunity, need, and objective.  That will either make him a great president or an abject failure and only time will tell.  I believe that if the Republicans in Congress will stand with him he will succeed and America will benefit from his business acumen.

As I said initially, I have not figured Donald Trump out any more than anyone else but this is MY OPINION and it and a few $$ will get you a cup of coffee most places.  I would suggest that you consider what I have postulated and begin your own endeavor or watching him.  You may conclude that I am right, partially right, or all wet.  But, if you are a lover of Freedom, a Defender of the Constitution, and an American Patriot I ask that you join me in praying for, working for, fighting for, and standing for America as the Free Constitutional Republic our Framers and Founders established.