In making that statement I will raise the ire of some and the praise of others.  They certainly, in my opinion, would not have supported a “progressive tax system” even if they approved an “income tax” and established the Internal Revenue Service.  If you examine the record and research the historic documents back to that era you will find some very interesting actions and statements by our Founding Fathers.

One of, no the “first national revenue raising Act” was approved by President George Washington on July 4, 1789 – (Twenty Years of Congress, James G. Blaine, 1884, Vol. 1, page 185).  James Madison argued before Congress a fundamental principle concerning the power delegated to Congress to lay and collect taxes:

“…a National, revenue must be obtained; but the system must be such a one, that,   while it secures the object of revenue it shall not be oppressive to our constituents.”  That Act passed by Congress was “a tax on specific goods” not “the constituents or their income.”

There was not ONE PENNY raised by “internal taxation” which is the very thing that Congress today seems to love and especially this administration.  Our Founders believed that those of foreign nations who desired to do business in these United States should pay for the privilege.  I am not saying that policy of “tariffs” would work today but I am saying that the founders did not support a “progressive tax system” on the people’s income.

I found it most interesting when studying history in college and recently reading some of the writings of our founders and former presidents that Thomas Jefferson in his second Annual Message on December 15, 1802 said:

“In the department of finance it is with pleasure I inform you that the receipts of external duties for the last twelve months have exceeded those of any former year, and that the ratio of increase has been also greater than usual. This has enabled us to answer all the regular exigencies of government, to pay from the treasury in one year upward of eight millions of dollars, principal and interest, of the public debt, exclusive of upward of one million paid by the sale of bank stock, and making in the whole a reduction of nearly five millions and a half of principal; and to have now in the treasury four millions and a half of dollars, which are in a course of application to a further discharge of debt and current demands.”

Jefferson also informed Congress and thus the American people that they had suppressed “unnecessary offices, useless establishments and expenses, and thereby enabled them to discontinue “internal taxes.”  Yet, our government today has an insatiable hunger for MONEY and SPENDING and that beast will never be satisfied.

I am not trying to tell you exactly what type of Tax System we should have for there must be some revenue to supply the basic needs of government but the bloated monstrosity that we have today is not what the Founders envisioned or we need.  I am very supportive of “limited government” and allowing the Free Market to operate and believe that with fewer examples of government intervention and legalized theft we would see a robust economy and a prosperous America again.  Whether we go to a “Flat Tax”, a “Fair Tax”, or a “Tithe Type Tax” we need a much simplified Tax Code and one that is not progressive.  I could be very supportive of a tax that would be based on “consumption” not “income.”

Alexander Hamilton spoke concerning a “Consumption Tax” and said regarding that tax that it:

“… may be compared to a fluid, which will in time find its level with the means of paying them. The amount contributed by each citizen will in a degree be by his own option, and can be regulated by an attention to his own resources. The rich may be extravagant, the poor can be frugal; and private oppression may always be avoided by judicious selection of objects proper for such impositions … It is a signal advantage of taxes on articles of consumption that they contain in their own nature a security against excess. They prescribe their own limit, which cannot be exceeded without defeating the end proposed that is, an extension of the revenue.” [No. 21 of the Federalist] 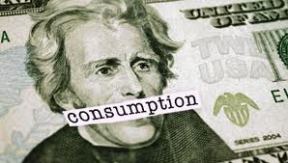 Of course no tax system will ever satisfy the desire for MONEY to fund all the programs that those in Congress seem to want to offer in “entitlements.”  If we return to what the Constitution actually calls for and what the Founders envisioned we would need far less money and I would even suggest to you that a “Consumption Tax” would produce more than our current “Progressive Income Tax System” and do far less damage to individuals financially and enable everyone to have some “skin in the game” and thereby would encourage participation by all the citizenry and would make it harder and harder for Congress and the President to INCREASE TAXES.  It would touch every American and those doing business in America and Congress and the Executive Branch would have to finally listen.

I have offered some suggestions to my Congressman and both Senators from my state and am waiting on their counter proposals if they offer any.  I am also contacting other U.S. Legislators who I perceive might be willing to listen and encouraging them to act upon TRUE TAX REFORM and DEBT and DEFICIT REDUCTION.  In my own life, I have to live within my means or increase my means by getting additional sources of revenue (jobs) but Congress gets more revenue via TAXES so I want them to live within a “reasonable means” and not continually exceed it, increase it, and expand it for POLITICAL PURPOSES.  It is time that Congress and the President become “servants of the people” not vice versa.