The sitting president of the United States claims the world’s greates threat is “Climate Change” or whatever they are calling it these days.  Some activist claim it is “racism” and that until and unless “whitey” is put in his place nothing can be right with the world.  Others claim it is “phobias” and unless you accept and endorse the sexual preference lifestyles of the same sex advocates nothing can be right.  Others declare it is the “porous border” to the South which allows or potentially allows an influx of people undetected who desire to commit acts of terror on our shores.  Still others, claim the greatest threats are from those who are Christian, supporters of the 2nd Amendment and conservatives, namely Republicans.  Then others are certain it is Islamic Jihadism, primarily ISIS.

I have come to the conclusion that it is the “willing blindness” of multitudes.  When the president of the United States can go to France for a “climate change” conference and trash America with absolute falsehoods such as mass shootings only happening here the statements are problematic but the masses those who say a hearty AMEN are even more troubling.  We have politicians and citizens who proclaim that having concern over the possibility and probability of some Syrian refugees being ISIS operatives is heartlessness and evil there is a blindness to reality that is dangerous.  When the media and politicians ignore mass shootings by black men as in New Orleans but make it an unending story when a deranged white man commits such an act, there is a blindness and deafness that is frightening.  When political correctness becomes so powerful that college campuses can be taken over, entire cities shut down, the rights of business owners to follow their conscious and convictions to placate some group we have a condition that poses an incredible threat to America. 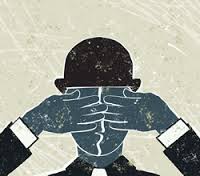 America have we lost our collective minds?  I abhor all acts of violence.  I am appalled at the politicizing of tragic and horrendous acts of terror, murder and mayhem rather than focusing on the real problem.  My heart breaks when I observe the political process where politicians are far more interested in being elected than in honoring the constitution and doing the right thing.  I weep for my country because I am rapidly coming to the conclusion that America’s Greatest Threat is the WILLING BLINDNESS of multitudes.  I do not care which side of the aisle or political issue you stand if you filter everything through a prism which affords rhetoric to advance your ideology without a willingness to honestly discuss the issue, WE HAVE A PROBLEM and the DANGER is colossal.

Please understand, I recognize that bigoted intolerance, racism, national security, violence and terrorism are all problems.  There are many dangers and threats which I could add to this list but suffice it to say, we live in a trouble world and if we do not OPEN OUR EYES and honestly face the root causes we allow evil to prevail and advance.  I truly believe that the root problem is the human heart and mind.  I have not found that children were born with a bias and bigoted view, they learn it.  I have observed that hatred has to be nourished to survive and if we adopt an Entitlement or Victim Mentality and blame all our troubles on another race or group we allow the focus to be directed wrongly.  ISIS is a problem and must be dealt with and the sooner we acknowledge that the ideology of the Islamic terrorist is rooted in religious beliefs for which they are willing to die the sooner we understand how we must deal with them.  They laugh at anything but strength and are among the most intolerant people in the world.  Bigots fan the flames of hate and seek to recruit as many as possible to their view.  The same is true with racism, phobias and every other thing we can mention that is counterproductive to an honest search for solutions.