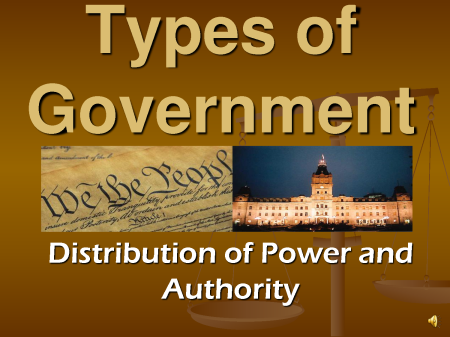 Possibly the proper question would be, did and does the Bible influence our chosen form of government in America?  Did it influence our founding fathers?  Has it been influential in our history?  Is it influential today?  All questions that deserve careful consideration.  But, back to the title question, and discovering what and how we came to adopt the form of government we did in America.  In my mind, it is necessary to consider the forms of government that have and do exist in the world today to fully uncover the process and objective of our founding fathers in establishing this nation and her system of government and laws.

It is my view and that of some of our founding fathers that Exodus 18:21, played a significant role in the process and determination of our governmental objective.  It reads: “Moreover you shall select from all the people able men, such as fear God, men of truth, hating covetousness; and place such over them to be rulers of thousands, rulers of hundreds, rulers of fifties, and rulers of tens.”  In the world we have and do witness at least seven categories of governmental forms:

In America, we were designed as A Republic or a Constitutional Republic with a Representative Democracy.  Sadly, as I stated earlier, many people believe we are a true or full Democracy and often our elected officials advance that presumption as well.  Article IV, Section IV of the United States Constitution gives us clarity:  “The United States shall guarantee to every State in this Union a Republican Form of Government.”  The founders were not ambiguous concerning this matter.  James Madison stated, “Democracies have ever been spectacles of turbulence and contention; have ever been found incompatible with personal security or the rights of property; and have, in general, been as short in their lives as they have been violent in their deaths.”  John Adams stated, “Remember, democracy never lasts long.  It soon wastes, exhausts, and murders itself.  There never has been a democracy yet that did not commit suicide.”  Fisher Ames declared, “A democracy is a volcano which conceals the fiery materials of its own destruction. These will produce an eruption and carry desolation in their way.”

John Adams went further and warned of the incredible dangers and corruption that could and would exist in a pure democracy.  He said, “Democracy will soon degenerate into an anarchy – such an anarchy that every man will do what is right in his own eyes and no man’s life or property or reputation or liberty will be secure; and every one of these will soon mold itself into a system of subordination of all the moral virtues and intellectual abilities- all the powers of wealth, beauty, wit, and science – to the wanton pleasures, the capricious will, and the execrable [abominable] cruelty of one or a very few.”  That is a grave warning that we seem to be oblivious to in today’s political climate.

Exodus 18:21 gives some careful and specific guidelines that our founders observed as requirements or qualifications for holding or even seeking political office.  We have largely ignored them in today’s political world and have done so to our hurt as a people and a nation.  Our founders, on more than one occasion, cited the Bible as a key factor and guide in their determinations for our system of government.  They titled “laws of nature and of nature’s God” which they described as MORAL LAW as the basic framework for our system of government.  They expected and insisted that each elected official and each citizen would conform to those guidelines.  I have no doubt, they knew this would be a massive undertaking and explains why so frequently they spoke of our moral condition as a prerequisite for this form of government and why Benjamin Franklin would issue his warning that our system was a Republic IF we could keep it.  They repeatedly referred to INALIENABLE RIGHTS as coming from our Creator, not the government.  They recognized and insisted that those rights were not negotiable and had to be protected at all cost from a rogue or corrupt government of politicians.  We need to, once again, become aware and focused on those realities.

To claim the founders did not appreciate or value the Bible in their deliberations and decisions is ludicrous for as John Adams said, “The Bible… is the most republican book in the world.”  Benjamin Franklin asserted, “I have always considered Christianity as the strong ground for republicanism.”  Then Noah Webster put it in a beautiful package saying, “Our citizens should early understand that the genuine source of correct republican principles is the Bible.”  I know that for all who do not accept the Bible as our guide for faith and practice in life will find this troubling but our founders believed the Bible and God were important in the formation of this nation and we must return to our founding principles or we lose the Republic.  Although our republican form of government has its roots in the Bible it can only be preserved by a citizenry who knows and gives heed to the biblical principles, precepts, and moral rightness at all levels of government.  Thus, another reason I so frequently warn that we must be focused on ALL POLITICAL OFFICES in these elections.  The White House is only one of the many that are critical to our survival as a Constitutional Republic.

We have a situation facing us in America that, in my view, will determine the survival of our Republic.  We must not allow the leftist liberal progressive ideology prevail at any level of government and most assuredly not in the presidency.  God help us if we allow four more years of destruction and fundamental transformation.  I truly believe that God is saying to America, “IT IS UP TO YOU!”