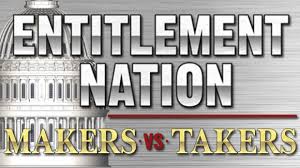 I keep hearing from many, including many Christians, that it is the federal government’s responsibility to care for the poor and indigent in our country.  That runs contrary to the writings of many of the founding fathers, our U.S. Constitution, and the Bible.  Please give me a chance to explain in a little more detail what I mean.  I ask that you hear the conclusion of the whole matter before rendering a decision or judgment.  If at the conclusion you still disagree, we will agree to disagree and I will continue to support limited government and you, whatever government you believe is appropriate.

The poor, Jesus said, in Mark 14:7 we will always have.  There is no magic formula to eliminate poverty in the world and the idea that the federal government has the right and obligation to take from one to give to another even in the name of benevolence is wrong, in my view.  Since many will accuse me of lacking compassion for my stance that IT IS NOT the federal government’s responsibility to care for the poor and chide me as being unbiblical let me go to that source for my beginning arguments or explanations.

When Israel was about to enter the Promised Land, the land of Canaan, Moses made a diligent effort to ensure they would always remember from whence they came and who it was that enabled them to succeed in their journey.  One of his first directives was concerning the poor among them or those who would become poor in their midst.  Of course, with the opulence of the land they were entering it is almost unimaginable that there would be any poor among them.  Remember the ten spies brought back such abundance of produce that it took two men to carry a branch of grapes.  But, Moses had insight into life and people and understood that situations could change and people could make errors in judgment which might result in a time of lack in their lives financially.  He said in Deuteronomy 15:11, “For the poor will never cease from the land; therefore I command you, saying, ‘You shall open your hand wide to your brother, to your poor and your needy, in your land.”  But not to leave it as Old Testament principle move forward in time to Paul’s writings in Galatians 2:10 where he said, “Remember the poor.”  In fact, that was one of the key thrusts of the New Testament Church, caring for the Widows, Orphans, and Poor.  However, nowhere in Scripture do we find a government program for welfare or entitlements.  That should be worthy of note.

The biblical directive for caring for the poor has numerous prongs but the central element was that it is Individual Responsibility.  In fact in Deuteronomy15:7-8; 10-11 we find a clear direction for individuals in responding to the needs of the poor.  Jesus emphasized that in His preaching as is seen in Matthew 25:34-40 and informs us that if we take care of the poor we are, in fact, ministering to God Himself.  Proverbs 19:17, informs us that if we “give to the poor we are lending to the Lord.”  That is amazing!  Again, it did not mandate the government do so but individuals.  The next emphasis was for local churches to care for the poor. That is demonstrable throughout the Old & New Testaments.

What is government to do with regard to the poor?  They are charged to protect the rights of the poor as they do everyone else.  (Exodus 23:3, 6; Leviticus 19:15; Proverbs 29:1-4).  Our founding fathers recognized the problem of poverty and believed it an individual, congregational and community function and duty to care for the needy.  In fact, Thomas Jefferson said, “I deem it the duty of every man to devote a certain portion of his income for charitable purposes, and that it is his further duty to see it is so applied as to do the most good of which it is capable.  This I believe to be the best insured by keeping within the circle of his own inquiry and information the subjects of distress to whose relief his contributions shall be applied.” Mr. Jefferson was giving some advice, I try to strictly adhere to in my charitable giving.  I want to know WHERE it is going, to WHOM it is going, and WHAT the results are.  If I cannot determine the organizational overhead (how much of each dollar goes to overhead and how much to the cause) I do not give to that charity.    Charitability and accountability were emphasized.  According to all accounts, Jefferson practiced what he preached and was quite charitable as has been documented in numerous writings and research.  George Washington recognized the importance of charity or caring for the poor by directing those charged with oversight of his estate, “Let the hospitality of the house with respect to the poor be kept up.  Let no one go hungry away.  If any of this kind of people should be in want of corn, supply their necessities (provided it does not encourage them in idleness); and I have no objection to your giving my money in charity… What I mean by having no objection is, that it is my desire that it should be done.”  The other founders often expressed this same sentiment.

Their numerous statements on this issue cannot be overlooked.  When Congress appropriated $15,000 for relief of French refugees who had fled the insurrection in Santa Domingo to Baltimore and Philadelphia, James Madison, recognized as the father of our constitution stood on the floor of the House of Representatives and said, “I cannot undertake to lay my finger on that article of the Constitution which granted a right to Congress of expending, on objects of benevolence, the money of their constituents.”    He also said, “If Congress can do whatever in their discretion can be done by money, and will promote the general welfare, the government is no longer a limited one possessing enumerated powers, but an indefinite one subject to particular exceptions.”  Who better to know the intent of the Constitution than the man known as its father?  Thomas Jefferson echoed much the same sentiments saying, “To take from one, because it is thought his own industry and that of his fathers has acquired too much, in order to spare to others, who, or whose fathers, have not exercised equal industry and skill, is to violate the first principle of association, the guarantee to everyone the free exercise of his industry and the fruits acquired by it.”  To adopt the philosophy of Government Entitlements is to violate the Constitution, encourage idleness, and robs the church, community, and individual from the blessings of fulfilling their duties.

When the church and individuals allow or transfer responsibility to the federal government for the welfare of the poor and needy we create an unconstitutional bureaucracy and perpetuate a condition of continual poverty.  In light of today’s welfare rolls and the professional idleness of many, we have created and are creating an Entitlement Mentality that encourages sloth and idleness rather than industry and entrepreneurship.  That is foreign to the biblical directive issued by Paul in 2 Thessalonians 3:10, “…If anyone WILL NOT WORK, neither shall he eat.”  The operative words are WILL NOT WORK not COULD NOT WORK.  There is a definitive difference and if we allowed people who would not feel the pinch and hunger of their idleness or laziness we would find many more motivated to WORK.  I fully understand that some would but can find no work.  However, often, they cannot find what they want and decide that being idle is more financially rewarding than doing a lesser job than their pay-grade, training or experience.  My attitude is, GET A JOB even if it is sweeping floors or flipping burgers.  Do something to demonstrate your willingness to work and then a hand up is appropriate for individuals, communities, churches and even companies but it is not the responsibility of government.  I am perfectly willing to see the truly disabled, widows who have no other hope of help and orphans assisted.  I realize that opens the door for other exceptions but if we need to realize that the Government is not constitutionally allowed to take taxpayer funds for welfare.  We can respond by either changing the constitution or returning to the original and biblical intent of caring for the poor by individuals, churches, communities and benevolent businesses not the government and I believe we would see a dramatic improvement in the numbers of poor among us if we did the latter.

We have the Democrat Party which is the Entitlement Party and the Republican Party which, at least claims to be for limited government and reduced spending.  Who we allow to be in charge will determine our future or failure as a nation.  November is an opportunity for us to express our views on this matter.