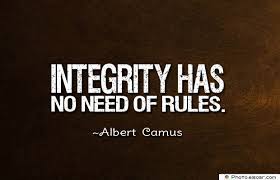 I am specifically addressing the Clinton campaign and Hillary Clinton directly in that statement.  I have long believed that Hillary Clinton was, at best, amoral often demonstrating the character trait of immoral but with some of the newest revelations from various sources many are saying those two descriptors are insufficient and the better term is diabolical.  I will leave that to you and God to sort out but I see no evidence of integrity and certainly no shame in what has been exposed.  Instead, I hear the continual lies even when they know the truth is clear to anyone with even half-hearted honesty and objectivity.

They contradict themselves and when push comes to shove they look for a scapegoat and follow the Alinsky model to the letter in “deny, deny, deny” and “shift the focus”.  We know from leaked emails and videos that operatives for the Clinton campaign were inciting violence at Trump rallies.  Yet, they have attempted to tell us that the individuals spearheading this illegal and highly unethical activity has never been associated with the Clinton campaign and did that before they had a contract with the DNC.  Unfortunately for them, the WikiLeaks email release reveals that Democracy Partners co-founder Mike Lux sent an email in December 2015 to Center for American Progress leader Neera Tanden.  In that email, he clearly identified a connection between Democracy Partners head Robert Creamer and Clinton Campaign Manager Robby Mook.  This refutes and debunks Mook’s assertion that this all took place rogue and without their knowledge or any connection to the campaign.

The email in December 2015 stated, “Just wanted to pass along this note I sent to Bob Creamer, who as you may know is consulting for the DNC and is close to Robby Mook.”  Oops, Mr. Mook, your pants are on fire!  Mook walked back his statements slightly and said that those individuals no longer have any relationship with the DNC and never had a relationship with the Clinton campaign.  That assertion he made on October 23rd on CNN.  He then said, no matter what was on the video it was released to damage Clinton.  He did not condemn the action or even truly deny it was not with their approval only that it was released to damage Hillary.  That is how they’ve addressed WikiLeaks claiming this is the Russian Government and namely Putin trying to prevent Hillary from being President.  Rather than acknowledge accountability and take responsibility they cry “Victim” and blame, blame, blame.  That should wear thin with all Americans but the crowds they draw the most support from have the same mantra so I guess birds of a feather truly do flock together even or especially in politics. 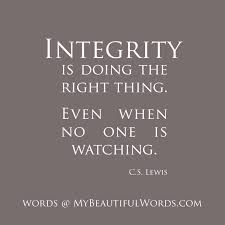 The result of the WikiLeaks revelations has caused Robert Creamer to declare that he was “stepping back” his efforts to elect Clinton after the release of the undercover, edited Project Veritas video in which Democracy Partners subcontractor described a push to incite Trump supporters to violence.  A second video has surfaced in which Creamer twice bragged that Clinton personally approved plans to place Donald Duck-suited activist at Trump rallies.  We also know that Creamer made hundreds of visits to the White House, and these emails and videos offer pretty substantial evidence of the link between his organization the inciters and the Clinton campaign and the DNC.

Hillary has lied on so many fronts and issued so many misrepresentations she exhibits traits of a pathological liar but I am afraid it is not that simple to explain but falls into the area of diabolical.  She knows she is fibbing and it is not simply to lie for the sake of lying it is designed to achieve an objective and that objective is electoral victory and control of the federal government.  She claims her plan to expand ‘background checks’ and ‘close the gun show loopholes’ will reduce gun violence in America.  She knows that there is no true ‘gun show loophole’ and that documented evidence exposes the fallacy of more stringent gun restrictions for the Law Abiding.  Criminals do not honor the law however in areas where ‘gun laws’ now on the books are enforced and severe sentences given to the perpetrators of crimes with guns, gun violence has been reduced.  Virtually every proposal she offers will damage America, reduce or Constitutional rights and liberties, increase the size and scope of the federal government and do so at an astronomical cost to the taxpayers.  DO YOU REALLY WANT THAT?

America, it is time to pray and seek God’s face not only as to whom we should vote but for the nation.  We need God’s help.  My prayer is, “LORD, please guard us, guide, us, and preserve us.  I ask that you bless America and her people again.”