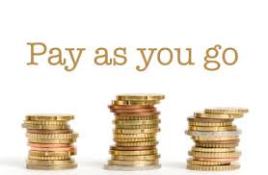 It’s called a real “Pay As You Go Plan”.  Oh I know it is not a new idea and one that Congress and the President claim they embrace but obviously they either do not understand what it means to “Pay As You Go” or they do not believe in “Pay As You Go”.  I am fully persuaded that it is the latter and they enjoy using rhetoric believing that we are so gullible and dumb that we won’t know the difference.  Sadly, they have been right so often one would expect that from them. 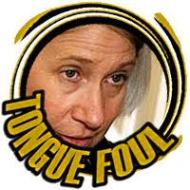 If we roll back the clock to February, 2010 we find Barack Obama signing the federal requirement that the government only spend what it can afford.  But the day before he signed the authorization for $1.9 Trillion more federal debt.  Somehow those two do not compute UNLESS one has a different definition that any reasonable understanding of “Pay As You Go” and “Only What You Can Afford”.  The last one is where the rub comes in. “Only What the Government Can Afford” is the sticking point in this whole deal because Obama, the Democrats, and many Republicans seem to believe that the Government can afford ANYTHING and EVERYTHING.  The fact that we have over $17 TRILLION in National Debt not counting all the unfunded debt that we have in Medicare, Medicaid, etc. that is like a millstone hanging around the necks of all Americans and future generations.

The President promised to “enforce” the PAY AS YOU GO or PAYGO which, in principle, requires all new spending to be offset by spending cuts, increase in revenue or a combination of the two.  Clearly Obama and the Democrats believe and desire to continually “increase revenue” without “cutting spending”.  After all, they have an obligation to keep the checks coming in for those from whom they have bought votes.

Unfortunately, like all things Washington, this Law from 2010 is so riddled with exceptions and loopholes it is only an mirage having no substance or providing any hope of real balancing of the budget, spending cuts, or putting the government on a ‘monetary diet’.  It is nothing more than campaign fodder!  It is more spin and political double-speak to appease voters and divert the attention to something else while they continue to bury us in debt. 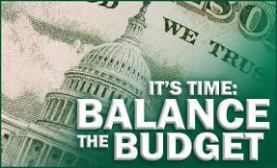 In my personal budget I have no choice but to adopt a “Pay As You Go” approach to my finances.  If I do not, the result will be the same as that of Detroit and many Americans who go bankrupt because, if my, “out-go” is continually higher than my “in-come” then I am upside down and living on borrowed time and borrowed money.  I am sitting on a ticking time bomb that will explode sooner rather than later.  For that to happen in government will have such a disastrous effect it will be far more than some austere tightening of the belt which we can survive, it will be economic collapse like not seen even in the ‘Great Depression.’

Am I saying that “Doomsday” is coming economically for America?  I do not know for certain but all the signs are there. I do know that the current path that we are on is taking us onto a slippery slope that ends with an apocalyptic catastrophe economically.  That will, in turn, result in such anarchy and chaos that the ‘civil unrest’ will be uncontrollable and people virtually becoming a ‘law unto themselves’ with crime and mayhem being the norm rather than the exception in all cities and towns across this nation.

The “tax & spend” approach that has been transpiring for too long now cannot continue because at some point we reach the line of demarcation when people can pay no more and attempting to force them to do so will result in 100% of society with their hand out for government to feed, clothe, and house them.  We MUST and I emphasize MUST adopt a “Pay As You Go” approach nationally and I suggest that with the national economic unsteadiness it would behoove each of us to do so individually.

What do we do?  I am working toward several things:

1.    Intercession for the nation and her leaders.

2.    Diligently seeking information about what is going on and the actual and potential results of those actions.

4.    Seeking candidates to support who will honor the Constitution, seek to Balance the Budget, shrink the Size of Government, cut spending, respect the Law, and work to return this nation to being a Constitutional Republic as it was in the beginning.

Are those enough?  I don’t know but it is what I can and am doing now.  As more comes to light that I can do I will do them.  I want to see this nation restored to being “One Nation under God” with “Liberty and Justice for All.”

May God bless you and may God guard, guide, and bless this Nation.