I should not be surprised at anything in politics anymore but I still am surprised in the lack of attention and recognition by the masses regarding the shenanigans of politics and politicians.  I watched a video clip the other day of Hollywood Types being asked about Obama and Robert De Niro was in tears defending Obama, and some others were making statements to the interviewer like, “We both agree that Benghazi is bunk right?”  The interviewer did not agree and when he pressed the actor as to who was to blame and the response was, “The Republicans cutting funding.”  I laughed and cried at the same time because the Benghazi debacle that was either total incompetence or blatant treason or both had nothing to do with any funding cuts but with inappropriate or the lack of action on the part of Hillary Clinton and Barack Obama.  Then to make matters worse they lied about what transpired and are still doing so yet the public or the loyal followers DO NOT HOLD THEM ACCOUNTABLE!   How is that possible?  It has to be willing ignorance out of political bias!

It seems that no matter how much scientific data is presented debunking Global Warming the liberal followers hold to it as though it were Divine Gospel and refuse to consider the facts.  When it comes to the Affordable Care Act aka Obama-care even though the vast majority do not like it and do not want it millions refuse to reject the liberals who promote it, crammed it down our throats, and loyally cling to it.  How is that possible?  It can only be that they are living in an Alternate Universe of political ideology and facts and truth are unimportant only their ideology and the candidates who support that ideology.  I find that disturbing if not surprising.  I truly thought the American people had more grit, sand, and intelligence than that but am changing my views on that front.

When I hear Senator Chuck Schumer declare that the ‘Tea Party’ is the most dangerous entity facing America today and openly encouraging the IRS to put them even more closely under a microscope to target them, I wonder how anyone could possibly believe that right and okay.  Sadly, some in the Republican Establishment do as well.  Senator Schumer’s basis was that the Tea Party is anti-big government and a nanny state and the government needs to be defended because in his liberal view it is not big enough, intrusive enough, or enslaving enough.  The political elite on both sides of the aisle view the government gravy train differently than the average citizen.  They want to make us believe that they truly care about us and are acting in our best interest when what they are really doing is solidifying their position and power while building their financial and political fortunes.  It is about control, money, and power not about the people!  I don’t care which side of the aisle the professional politician stands they want to protect their place and position no matter what it costs America or Americans.  How is it possible that people do not see that?  It has to be that millions are living in the Alternate Universe of Liberal Progressive Socialist Political Views.  It has to be willing ignorance.

Sadly, we were warned that when people find out they can vote themselves money the Republic is finished and we have not listened.  We are seeing the demise of what I believe to be the Greatest Nation in the modern world.  I will not say the greatest in history but in the modern world it has been.  Unfortunately, the path we have been on for decades with the hundred year plan of the Fabian Socialist and others, has led us to the place where someone like Barack Obama and the Soros crowd could step in and drive the final nail in the coffin of a Republican Democracy.  I wish I could say something that was more encouraging but I see the light at the end of the tunnel and hear the whistle of the train engine behind it.  I see the end coming UNLESS we IMMEDIATELY stop the madness.  How do we do that?  I’m not sure we can but if we do not band together in 2014 and 2016 the proverbial ‘fat lady’ will be singing and as Dandy Don Meredith used to sing on Monday Night Football – “Turn out the Lights the Party Is Over.” 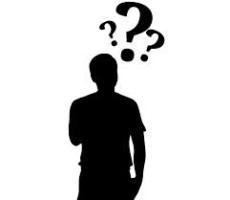 The only question is what are we going to do?  Will we just take it and watch our money stolen, our economy completely destroyed, the free market collapsed, and our freedom and liberty stolen from us or will we STAND UP and say NO!