I’ve seen some posts from liberals declaring that Republicans are living in a reality of their own creation.  Some of them cite a number of the policies of this administration they consider good including the Iran nuke deal and Obamacare.  I find the assertion that Republicans and/or conservatives are living in fantasy land to be ludicrous for it has been those very people who have exposed the deception and truth about many of the policies of this administration and the agenda of the leftist. 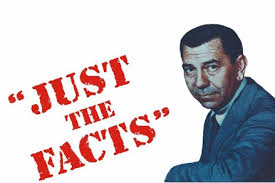 That is the tip of the iceberg and there are pages more that could be listed, so I ask “Who is living in a fantasy world of realities of their own creation?”   I laugh when I read many things written about any conservative from what could only be identified as transference or delusion.  But, alas there are those who drink the Kool-Aid and spin the spin to support their ideological views.

My faith and love of freedom prevent me from ascribing to the views of the left.  You may be, as a college professor I had years ago when he and I were debating evolution vs. creation, “Evolution and my religion do not conflict.”  I informed him that mine did but the point is that you may find that the views of the progressive, socialist, leftist, statist and your religion do not conflict and if so that will have to remain between you and God.  I want the best good for everyone and desire deeply that our Constitution be honored, respected and followed.  I long for a time when the court will not legislate, the President will not act as sole authority in the land and respect the Three Branch System of our Government and a time when Congress will do their jobs constitutionally.

Regardless of which side of the aisle or issue you stand rejecting reality is not productive or beneficial.  Are there things the Democrats support that are good?  I’m sure there are.  Are there things the Republicans support that are bad?  I’m sure there are.  I disagree with the GOP on a number of issues and am willing to support a Democrat proposal that is constitutional and in the interest of America not political position or agenda.  My commitment is to my faith, family and freedom and frankly do not care which party takes actions consistent with that view.  I have grown to detest labels in all facets of life if for no other reason, they tend to build walls and end open honest discussion.  That being said, I find no Democrat candidate for President that I could support.