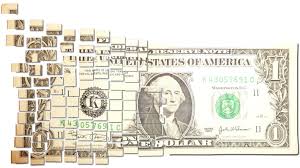 I can understand why the Swamp dwellers are infuriated with the proposed budget of President Trump, it siphons off much of their graft and limits their ability to bribe and extort.  Is it a perfect budget?  HARDLY, but it is a beginning and one that we have not seen in a long time, if ever.  It is a budget that takes the campaign promises and proposed policies and translates them into real $$$ so that everyone can see.  It shifts the needle from foreign entitlements, wasteful bureaucracies, and needless spending to those areas that make America safe and will help make America prosperous again.  It is, truly, a budget that puts America first.  I said AMERICA not factions within America, but AMERICA!

I have been appalled year after year at the weak-willed, big government mentality of the Republicans on matters of spending that make them almost indistinguishable from the Democrats.  Those in positions of power realize that they need MONEY to continue their quest for position and power.  The elitist professional politicians are interested in permanence in office not perpetuating the American Dream and Purpose.  They were elected by people who expected them to REPRESENT those voting for them, but they quickly reveal the constituents are not the focus POWER is.  They do not understand or believe they are in Public Service and thereby Public Servants, they believe they KNOW BETTER and have a right to ARBITRARY POWER.  We must develop the resolve to show them they are wrong, otherwise, we will continue down the path of “Government by the Elitist, for the Elitist, and of the Elitist” rather than “Of the People, for the People, and by the People.”  WHICH DO YOU PREFER?

Few, in Washington, were sufficiently alarmed by the $10 TRILLION increase in our debt under Barack Obama.  Had they been, they would have taken the austere measures that are now required to move us toward fiscal sanity.  They did not, but rather kicked the can down the road, danced without paying the piper, and now the bill has come due.  Donald Trump will be the villain and a virtual Darth Vader or Lucifer himself for his proposals but someone must man up to the task.  Those who have been succored and become addicted to the ENTITLEMENT flow of cash and services will scream the loudest.  The Democrats will paint Trump and the Republicans as HATERS of all that is good, INSENSITIVE, and HEARTLESS.  Those affected will agree with them without considering the overall picture of where we are and what we must do to survive fiscally as a nation.  If we do not deal with the problem the problem will consume us.  IT IS OUR CHOICE!

The proposed budget, that will be altered and amended in Congress proposes some whopping but much needed cuts including a 29% cut in the State Department budget that will deal with FOREIGN ENTITLEMENTS where we have attempted for years to buy friends.  That has not, does not, and will not work.  I am a proponent of ZERO BASED BUDGETING where everything is on the table and begins at ZERO and we commit to any program what is truly deemed necessary and eliminate duplication and waste, as much as is possible.  There is a 21% cut in the Department of Agriculture and Labor and while I do not know all the specifics in those departments I know there is pork, and entitlements inserted in their budgets as well as incredible waste.  Therefore, I am okay with cutting where cuts need to be made.  There is an 18% cut to the budget of Health and Human Services, and that is probably a reasonable cut with the waste, duplication, and bad spending that has produced little to no results.  Then there is a 31% cut to the Environmental Protection Agency which has, over the past few years, become a weapon used to stifle American industry and thereby do damage to the American people.  Do we need to protect our environment?  YES, but in a reasonable manner.  We cannot allow the ineptitude and machinations of that department strangle economic growth and place human beings at the bottom of the food chain of life.

The Trump budget increases spending for Defense, which we need with the depletion of our military over the past 8 years.  It increases the budgets of Homeland Security, Veterans Affairs, and programs such as school choice.  The atrocities of the VA and the need to care for our veterans is, in my view, without argument.  If we ask men and women to place themselves in harm’s way to protect and defend us we should be committed to caring for them in their time of need.  Our Homeland is under constant threat from Islamic jihadist and others who desire to dismantle, disrupt, and destroy our Constitutional Republic.  We need more border security, more personnel and equipment to ensure the safety of America and Americans, so I am in agreement with increasing the budget for Homeland providing it is not wasted and used in duplicate spending that is senseless.  We have failed in our dumping billions into the inner cities and failing public schools, therefore we should take those funds or portions of them and offer an opportunity for better choice in education for ALL AMERICANS.  I do not say that all public schools are failing but many are and when people are allowed to reach for a better education their world dramatically changes and that is good for America.

The Swamp dwellers will rail against any efforts such as this budget and the incessant rhetoric and vitriol will flow like a rushing river.  I pray that the President and his team are not deterred by the outcries and accusations and will continue striving to fulfill the campaign promises and truly place America first again.  Why fund the United Nations when it is opposed to virtually all that American has stood for and stands for?  Why provide monies to nations that support, sponsor, or refuse to confront terrorism?  Why provide funds for graft, corruption, cronyism, and greed when there are millions of Americans hurting and needing a window of opportunity and a breath of hope?  WHY?  Only to facilitate the professional political elite in their quest for power can explain it not justify it.  THAT I DO NOT SUPPORT, so I want us to do some serious belt-tightening in Washington and move to reducing the debt and deficit.  Even with these cuts, the federal budget will grow from $4 TRILLION to $5 TRILLION in a decade.  This is assuredly not a starvation budget because the Big Government will continue to become larger even with this type of austere budgeting.  Imagine what it would do without it?

God, bless you and God bless America is my prayer and desire!