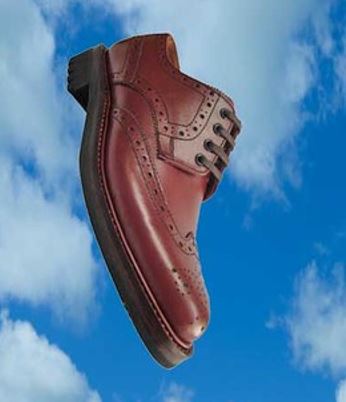 Seriously, how many revelations, admissions, acknowledgments, and discoveries of the actually spying on Donald Trump and his Team by Barack Obama’s Team occur before we deal with the issue?  The more we uncover the more it seems less likely it was “incidental” discovery but “planned spying” that resulted in America citizen’s names being UNMASKED and illegally leaked.  They admit it and then spin it as though they were simply doing their Patriotic duty and defending the Republic against the suggested nefariousness of the incoming president.  I wonder how they can say that with a straight face but have learned they have no shame and it often seems, no conscience.  Now we know that Susan Rice was directly involved and no one could think that Ms. Rice did what she did without the knowledge and approval of Barack Obama.  No honest person, that is!

They follow the philosophy of the Marxist and Alinskites embodied in the words of Joseph Goebbels, “If you tell a lie big enough and keep repeating it, people will eventually come to believe it. The lie can be maintained only for such time as the State can shield the people from the political, economic, and/or military consequences of the lie. It thus becomes vitally important for the State to use all of its powers to repress dissent, for the truth is the mortal enemy of the lie, and thus by extension, the truth is the greatest enemy of the State.”  That is what Congressman Adam Schiff, Nancy Pelosi, Senator Chuck Schumer, the MSM, and political pundits are doing.  The incessant cry that the “Russians Stole the Election” is a LIE and they know it but if they keep promoting it consistently it will be believed and achieve their objective.

I believe the objective of the “Russian Did It” campaign is multi-pronged with at least three prongs.  Let me list my three prongs of their LIE and SPIN.  It is a diversionary tactic designed to hinder the progress and attention of the Republicans and President on Trump’s agenda and the fulfillment of his campaign promises.  It is an attempt to place a question in the minds of the public as to the legitimacy of the Trump presidency and thereby delegitimize and damage him to the point that everything he does is questioned.  It is an attempt to destabilize the nation hoping for an opportunity for more governmental control over the citizenry.  It is diabolical, unconstitutional in ideology, and detrimental to America and all Americans.

James Clapper has insisted there was no spying on the Trump Administration or Transition team.  James Comey has insisted that there was no wiretapping of Donald Trump or Trump Tower.  Yet, the leaked information, the information cited but not yet revealed by the Chairman of the Intelligence Committee of the U.S. House of Representatives indicates otherwise.  The illegal leaking of information, transcripts being placed in the hands of the various news outlets, and other indicators suggest that there was spying totally unconnected to any Russian involvement and without any credible national security concerns.  THAT IS ILLEGAL and must be investigated.

But those are not the most persuasive factual revelations that someone, possible Barack Obama himself authorized and initiated intensive spying and intelligence gathering on Donald Trump and his team.  That admission by the former Obama administration official Evelyn Farkas the Deputy Assistant Secretary of Defense on MSNBC and other places.  Ms. Farkas declared, “I was urging my former colleagues, and, and frankly speaking the people on the Hill [Democrat politicians], it was more actually aimed at telling the Hill people, get as much information as you can – get as much intelligence as you can – before President Obama leaves the administration.”  That is deeply troubling but it gets worse as she continued, “Because I had a fear that somehow that information would disappear with the senior [Obama] people who left; so it would be hidden away in the bureaucracy, um, that the Trump folks – IF THEY FOUND OUT HOW WE KNEW WHAT WE KNEW ABOUT THEIR, THE TRUMP STAFF, DEALING WITH RUSSIANS – that they would try to compromise those sources and methods; meaning we no longer have access to that intelligence.”

There are so many troubling aspects to this making beyond disturbing.  It is nothing short of amazing that the Democrats would attempt to deny, ignore, or defend this action and that of Susan Rice.  If Barack Obama did not authorize this, then Ms. Farkas went rouge and that I do not believe.  I believe she is attempting to ‘fall on the sword’ for Mr. Obama as more and more information surfaces revealing what transpired.  But how about her words “If they (Trump) knew HOW we knew…”  Ms. Farkas, exactly HOW did you know?  What were the surveillance methods used?  What was the extent? What were the sources used?  Was there a FISA warrant or any other warrant that justified your actions?  You suggested that you were doing your Patriotic Duty to SPY ON the nefarious Donald Trump to protect America.  You suggested that President Trump would destroy intelligence, which you know is a total lie but because of the incredible deviousness and secretiveness of your administration, you feared he would do what your boss attempted repeatedly.  Your actions were not those of a patriot but a political ideologue determined to undermine an incoming president hoping to protect the so-called Legacy of Barack Obama.  You want to continue the path of destruction of America in his fundamental transformation.  You admitted to spying and Congress needs to take immediate action as does the Department of Justice.

Ms. Farkas, with the help of MSNBC, seemingly outed herself as the chief source of the New York Times report which discussed Obama officials leaking information. The Times tried to protect her but her own words outed her.  The Times reported, “More than a half-dozen current and former officials described various aspects of the effort to preserve and distribute intelligence, and some said they were speaking to draw attention to the material and ensure a proper investigation by Congress. All spoke on the condition of anonymity because they were discussing CLASSIFIED INFORMATION, nearly all of which remains secret.”  THAT IS A CRIME!  It was a crime to leak it to the media.  It was a crime to discuss the material.  It was a crime to unmask American citizen’s names.  I suspect that the spying was done, largely, if not entirely ILLEGALLY and it appears that the NSA, FBI, CIA and other agencies were complicit.  That so politicizes our intelligence community’s leadership that changes MUST take place immediately. Every Obama holdover in every agency, bureaucracy and governmental position that can be removed must be removed IMMEDIATELY.