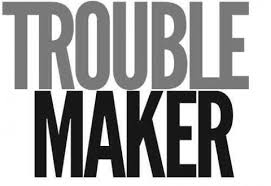 I write this because during my time away from the Internet due to computer issues and other personal matters I received some comments from an individual that were less than complimentary.  They appeared to be positioning themselves as the defender of Freedom of Religion castigating me for my views and their last words were, “I think people like you are what is troubling about this nation.”  I make conscious effort to not allow compliments to overly influence me nor criticisms to deflate me.  If I receive a commendation I evaluate it and am grateful to the Lord for providing me any ability, insight, or opportunity to do whatever was done.  If I receive criticism I evaluate it to see if there is constructive and has any legitimacy.  I evaluate to determine if it might have been based on some misunderstanding that I could clear up or address in order to take corrective measures.

I have decided to give you the comments in exact quotes, then ask some questions that arise from those comments and criticisms.   Comment Number One:  The individual said, “The founders were not great role models, they owned slaves, lived openly promiscuous lives and some were even believed to be gay, which I am fine with but feel confident you are not.  Maybe you should read some US history books instead of just the Bible so you don’t make a fool of yourself.”  I’m not sure the basis of this criticism because I do not believe that I argue that all the founding fathers were always exemplary role models.  However, I do argue they recognized the sovereignty of God and the need for His divine providence in the Revolutionary War and the Founding of this Fledgling Nation.  Their writings, as well as the Declaration of Independence, Constitution, and Bill of Rights, validate that position.  Also, their urging that the Bible to be taught in schools and prayer to be included in deliberations, suggest they understood the need of the Divine even if they were not always good representatives of His character.  Yes, some of them owned slaves and although they did not ban slavery at the outset many of them were hopeful that in a few years this matter would be resolved and some of them who were slave-owners either freed their slaves or acknowledged the terribleness of the practice.  The assertion that some of them were believed to be homosexuals is something that surfaces from time to time but without specific documentation, it is hearsay, not fact.  Even if it was fact, that would not preclude them from being national leaders UNLESS they attempted to force everyone to embrace their lifestyle as a normal, natural, or force everyone to cater to their views.  If a person chooses to follow that lifestyle that is between them and God.  I stand with the Bible on the issue and I do not, as the Islamist, seek to do them harm or ban them from any involvement in government or community.  The assertion that I need to read some US history books instead of just the Bible so I don’t make a fool of myself is laughable.  One of my majors in college was history and I have studied history for decades as well as the Bible and when one takes a position that is in harmony with the Bible and that is deemed making a fool of oneself, I will gladly be called a fool.

Comment Number Two:  ” Prayer shouldn’t begin in the schools. It doesn’t have to be.  A kid can pray in quiet if they feel compelled, but kids shouldn’t be forced to do it.  Freedom of religion means we have a right to practice whatever we want, even atheism.  It does NOT mean people have to pray the way YOU want them to.  Maybe you should focus on yourself instead of worrying about the troubling nation.  I think people like you are what is troubling about this nation.”  This is where my title question comes into play, “Am I What Is Troubling America?”  The Founders and Framers recognized the right to prayer and I do not argue they demanded everyone pray in school.  They believed that the Bible should be a vital part of the curriculum of public education.  They believed, as do I, the declaration of the Bible in Proverbs 22:6, “Train up a child in the way he should go: and when he is old, he will not depart from it.”  If we give our children a solid foundation morally, biblically and teach them to respect the Constitution,  the Inalienable Rights of all citizens they will be equipped to better function in society.  I have and do argue that Freedom of Religion means you have the right to practice your beliefs so long as they do not endanger others and infringe on their Freedom and Rights. Therefore, to charge me wrongly seems to be an indication either a gross misunderstanding of what was said or something that was said placed a bone in the craw over a pet peeve.  I desire that EVERYONE PRAY but would never suggest that everyone must pray the way I do.  I suggest things I believe would be good to pray about but if those do not resonate, each person must order their lives and prayers according to their own hearts.  I do not desire a nation of robots blindly following a formula in this matter.  The charge that I need to FOCUS ON MYSELF instead of worrying about the troubling nation and that I and people like me are what is wrong is strange.

If people like me are THE PROBLEM I wonder what the result of applying the remedy of silencing us?  One of the problems in the world today is FOCUS ON SELF.  Many, it seems, are so “Self-Centered” they are always asking, “What’s in it for me?”  The challenge of President John F. Kennedy, “Ask not what your country can do for you, but what you can do for your country,” seems to be falling on deaf ears.  The rioters in the streets today, the politicians in Washington, the Media Outlets, and many individuals all seem to be clamoring for “ME, ME, ME, and MINE, MINE, MINE.”  This is a condition that goes back to the Garden of Eden and has been witnessed in every generation and society.  If people like me who contend for a return to Limited Government, biblical moral standards, Inalienable Rights of Citizens, the Right of Life of the Unborn, and things like that are the problem, what is the problem?

I want Government off the backs of WE THE PEOPLE in the sense that the stifling regulations, excessive taxation, illegal invasions of our privacy, judicial activism, and the like must be addressed.  I contend for Freedom of Speech and Religion for everyone even those I disagree with.  You have the right to believe what you believe and practice what you believe so long as it does not infringe on the rights or threaten the safety of others.  That is the basis upon which I oppose allowing Sharia Law in America and the Political Correctness that is running rampant in today’s society.   So, you decide, “Are People Like Me What Is Troubling America?”  I will continue to present my arguments from a biblical and constitutional position seeking to protect and defend our system of government and fight for Faith, Family, and Freedom.  If I am wrong, I ask that you pray for me and I believe God will correct my thinking.  If you consider me the Troubler of America, I can accept that and bid you adieu as you disassociate with me, as I’m sure you would feel compelled.  I will continue to love America, my fellowman, my family, and my Creator.