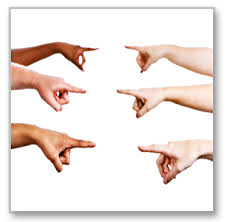 Sarcasm is sometimes a useful tool.  The Leftist seem to truly believe they have discovered the systemic problem with America, the world, crime, terrorism, and every other “ism” that exists.  Unraveling the process whereby they exempt themselves from their diagnosis and proclamation is a fascinating journey.  Their argument is not new, it was one of Barack Obama’s keynote position, as it was with Hillary Clinton, Eric Holder, Loretta Lynch, the New Black Panthers, Black Lives Matter, George Soros, and a host of others.  It is their never-dying argument that white privilege, white racism and in a nutshell, white men are the problem.  This cadre of leftist argues that those of us who are white are the problem.  If we are the problem what is the solution?  We will get to that momentarily.  This rhetoric is flowing like water in cities like Philadelphia, Baltimore, Portland, Chicago, and Dallas.

This epiphany seems to have surfaced during the recent district attorney election in Philadelphia.  Politics seems to have the amazing ability to identify problems which elicit votes by blaming those deemed to be the enemy or deserving of distrust.  The seven candidates in this race all agreed the problem was “systemic racism” by whites.  This blight, they argued had permeated every branch and level of government and society.  I have heard the argument that every white person is racist to a greater or lesser degree.  Those advancing that theory suggest that if you are white you were born with a racist gene in your DNA.  Tragically, some of the suggested solutions for this problem include euthanasia.  My hope is that would be denounced by everyone on all sides of the issue.

The argument that racism does not exist or that it is 100% one-sided is ludicrous.  Honest evaluation reveals it is present in every ethnicity.  Racism exists today, existed in the past, and will survive all of us.  In my view, it is a waste of time to argue that it is simply a white, black, or brown issue.  One of our problems has been the failure to comprehend the complexity and generational extent of the problem.  Racism can be and is learned.  If a child has distrust instilled in their hearts from infancy it is incredibly difficult to eradicate.  The Bible identifies the power of training of children when it says, “Train up a child in the way he should go and when he is old he will not depart from it.”  Biases learned in childhood and nurtured in adulthood are difficult to overcome.  Some have suggested that I live in a sheltered world because I contend that most of the people I know are appalled at racism of every kind.  As a society, we create serious problems if we justify violence and lawlessness by any segment of society.  As we allow people to blame their failures on those of a different ethnicity we perpetuate the problem and block genuine remedies.  The ugliness of this condition cannot be glossed over.  A pig with lipstick is still a pig!  Racism is ugly and cannot be justified biblically or morally.

In Philadelphia, the new district attorney will be charged with prosecuting the very people he vigorously defended by blaming systemic racism for their crimes.  I wonder how Mr. Krasner will handle the cases of violent crime committed by the very segment of society he so vigorously advocated for.  His contention was they should not be blamed because it wasn’t their fault.  Will he, now dismiss the cases of blacks that come before him? Will he seek to imprison the victim if that victim is white because it is somehow their fault?  Yes, those are ridiculous questions but based on his arguments one might wonder.

The city of Chicago has also adopted that same mentality and argue that written tests, background checks, and mental evaluations discriminate against black people.  Their proof, too many blacks fail one or all those.  Their actions have resulted in some who wanted to be police officers, although previously rejected and with questionable backgrounds, now being able to wear a badge and a gun.  This has resulted in the Chicago police department becoming home to former gang members, admitted drug users and dealers, an individual who slashed a person in a bar fight, and former military veterans who suffer personality disorders and more.  Is this allowing the fox to guard the henhouse?  I suppose one could consider their past as simply OJT and affording insight into the working of the criminal mind.  Yes, I’m being facetious, and ask that you forgive me for my sarcasm.  I deeply believe in second chances.  Yet, I feel it is necessary that those being given a second chance demonstrate the necessary character.  I’m not sure how much leniency we should give to those desiring to become police officers regarding aptitude, attitude, mental capacity, mental stability, and character. We are reminded frequently of some that should never have been given a badge and a gun.

Out of the city of Portland, has come the assertion that blacks are being forced to commit crimes because of white racism.  The violence and crimes committed are excused and justified using that argument.  The mayor demanded the new police chief be “transformative.”  Is it possible this would be the same type of transformation sought by Barack Obama for America?  The mandate given to the new police chief was, he must ensure equality (whatever that means in this case) and follow a path of proportional criminal prosecutions.  The question that comes to mind is, if there are 20 white crimes there can only be 20 black prosecutions?  I realize asking that question will open the door to my being branded as racist.  Am I overstating some things?  I suppose I am.  I do so to call attention to the ridiculousness of any semblance of a prosecutorial quota system.   A crime is a crime and those who commit crimes, regardless of race or background, must face the consequences of their actions.  Failure to do so will likely result in anarchy, chaos, and civil unrest that could result in an all-out war in the streets.  NO ONE should find that acceptable.

The stabbing at the University of Texas resulted in arguments that the perpetrator was the victim of racism.  I would find it difficult to object to any argument that he was suffering from mental instability.  It has long been my contention that those who commit those kinds of acts are either mentally unstable or the driven by deep rooted hate and evil.  Those conditions should ever be scoffed at or ignored.  If we, as a society, justify bad behavior we encourage more bad behavior.  A Newsweek cover story entitled, “Murder Town USA” about Wilmington, Delaware illustrates my argument.  The article cited an argument from a black city council member who suggested that black people in his city were violent because of “Post Traumatic Slavery Disorder.”  I thought it was a joke but he made that declaration with total seriousness.  How long has it been since slavery ended?  Was PTSD the reason there was dancing in the streets when a deranged black person, killed five members of the Dallas police department?  Is PTSD why there has been looting, rioting, destruction of property, shouts to off the pigs, and kill people of the white race?  A University of Hawaii professor added more fuel to this fire by suggesting that whites should resign their jobs and give them to blacks because of white racism and PTSD?

If we hope to arrive at a resolution, we must engage in open and honest dialogue.  The continued climate of blaming someone or something for our failures exacerbates and perpetuates the problem.  One of the most prolific hindrances is the FAILURE TO LISTEN!  Unfortunately, paradigm prevents us from honestly seeking to understand any other point of view.  The culture of today seeks to force compliance to our position.  If we are genuinely interested in resolution, we must learn to listen and hear what is said rather than filtering the words our bias.