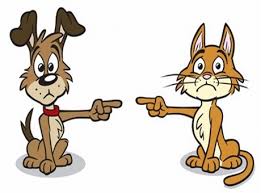 There is much on the national scene to talk about that is troubling including the protests, the incessant attack on our system of government and anything that even remotely connected to Constitutionalism and Conservatism.  There is something new every day and virtually every hour that cries for our attention and begs to be addressed in the name of sanity.  However, I want to talk about SHARED BLAME on something other than what is in the news and on Social Media – DEBT, DEFICIT, and SPENDING on a National Level.  This is something that will sink our Republic and it cannot be laid at the feet of one political party or the other but shared by them and if we are honest it is us too.

I believe that the greatest threat to our national economy and prosperity as a nation is the out of control government spending.  Let me be more specific, it is the government’s violation of its authority to SPEND.  That authority is clearly enumerated and defined in Article 1, Section 8 of the United States Constitution.  In 2017 the federal spending will exceed $4 TRILLION and that should cause trepidation in every American’s heart, but doesn’t.  Social Security will exceed $1 TRILLION, Medicare over ½ TRILLION and Medicaid almost ½ TRILLION.  That is about $2 TRILLION OF THE $4 TRILLION the government will spend this year alone.  How is that sustainable?  Then factor in the various social programs that includes food stamps, unemployment compensation, child nutrition, child tax credits, and supplemental security income and student loans and there is another ½ TRILLION.  Basically, Social spending by Congress makes up about two-thirds of the federal budget.

Before you attack me over some of those items let me ask, “Where is Congress getting the money for that kind of spending?”  There is no Congressional Santa Claus, Genie in a Bottle, Magic Beans, or Golden Goose from which they can painlessly and freely garner that kind of money.  So where does it come from?  You know the answer already. It comes from those of us who PAY TAXES.  When government commits to giving an American or whomever they choose to give funds to they must forcibly confiscate each dollar they spend from some other American citizen.  What would you call it when one is forced to pay or serve the purposes of another?  I do believe that would be a classic example of slavery.

Many of the politicians, by their actions, demonstrate utter contempt for our Founding Fathers, the Framers of our American Constitution, and the Constitution itself.  Before you argue that is an overreach let me remind you of the 1794 Congress and the argument of James Madison against their action.  That Congress appropriated $15,000 to help French refugees who had fled insurrection in Saint-Domingue, present-day Haiti.  James Madison, one of our Founders and Framers stood on the House floor and said, “I cannot undertake to lay my finger on that article in the federal Constitution which granted a right to Congress of expending, on objects of benevolence, the money of their constituents.”  If you examine what is happening today you will agree that the majority of federal spending is on “objects of benevolence.”  James Madison also argued, “Charity is no part of the legislative duty of the government.”  He and the Framers were opposed to the spending we are engaged in today.  They, as do I, considered benevolence to be the responsibility of individuals, families, communities, and churches NOT the federal government.

Thomas Jefferson declared, “Congress (has) not unlimited powers to provide for the general welfare, but (is) restrained to those specifically enumerated.”  Madison agreed saying, “If Congress can do whatever in their discretion can be done by money, and will promote the general welfare, the Government is no longer a limited one possessing enumerated powers, but an indefinite one.”  They believed and intended the “General Welfare Clause” to be limited to ONLY those powers and duties specifically enumerated in Article 1, Section 8 and everywhere else in the Constitution.  They DID NOT BELIEVE that Congress was authorized to meet the infinite needs of the general welfare.  Government is not to be our source of sustenance but our own labor is.

We often blame the politicians for the spending problem and they are to blame but WE must SHARE THE BLAME.  We let them do it, often by reelecting them after they voted to violate the spirit and intent of the Constitution.  We have allowed politicians to use their power to take what is rightfully one citizen’s and give it to another for whatever purpose.  There is no politician today who has the courage or Constitutional commitment to argue as did Madison or Jefferson.  They know that if they did they would NEVER be elected or reelected.  There are too many American people hooked on the government gravy train to allow that politician to ascend to power.

It will take a revolt of sorts by WE THE PEOPLE if we are going to stop this runaway spending train and stop this legalized theft by the Federal Government.  By revolt, I do not mean a hostile takeover of the government as in sedition but at the ballot box and inspire those within our ranks who are not seeking a political career but desiring to serve as a Citizen Representative and willing to protect and defend the Constitution to run for office, give them our backing, and work to elect them.  How many would it take?  A Majority of both Houses.  Is that Possible?  Not under the current political climate of today and the Entitlement Mentality and Political Correctness that prevails.  How can we achieve it?  By education as many as possible, by diligently engaging in prayer, and becoming involved in the process.  America cannot afford any more spectators we must have participants.  THE NATIONAL DEBT IS DESTROYING US MORE THAN ANY OF THE FACTIONS MAKING NOISE TODAY!