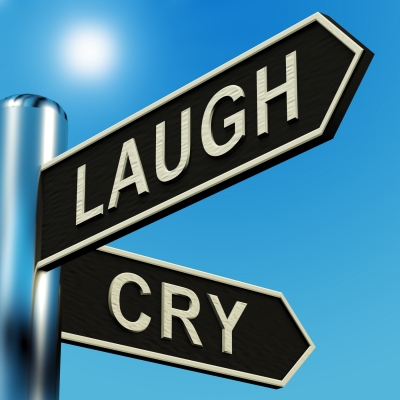 When the President and Mitch McConnell joined in an effort to demonstrate unity in the Republican Party all was well UNTIL McConnell spoke.  The truth was exposed quickly as McConnell sought to solidify the Establishment and trash any Tea Party or Conservative efforts to unseat Establishment Republicans.  He attempted to claim responsibility for the Republican’s gaining control of the House and later the Senate.  Imagine that?  He and the Establishment did not work their magic to bring that about, the Tea Party and other Constitutional Conservative efforts did.  The dissatisfaction of the voting public with the status quo and the disgust with politics, as usual, the Swamp, and the Deep State turned enough stomachs that the voters gave the GOP control of both houses.  McConnell and the Establishment Republicans are squandering that gift and will likely be rewarded with a back seat in the near future if this continues.  That seems to be the handwriting on the wall UNLESS we oust enough of them to place the reins of government in the hands of truly Constitutional Conservatives?  WILL WE DO THAT?  A question that is larger than the egos of the Washington political swamp.

When Late Night Comedians such as Jimmy Kimmel can ignore the scandal of Harvey Weinstein and justify their silence by saying, “I’m not the moral conscience of the nation.”  Really?  I thought that was exactly what you were trying to be with your rants on Obamacare, Gun Control, President Trump, etc.  You were imposing your worldview on the rest of us and your suggestion if not outright declaration was that those of us who do not agree with your ideological position is immoral, unethical, uncaring, unfeeling, and reprehensible is an attempt to be the Moral Voice and Conscience for the nation.  Why is the Liberal Leftist Democrat Donor different?  Wait, I answered the question with the question.  It is because he is a Liberal Leftist Democrat Donor, therefore, he is off limits because he is part of the sect and tribe.  You never attack fellow members of the tribe.

The protests by the world of athletics which began as a protest against America and the police is now being proclaimed as not being disrespectful to the flag, the nation, or the police.  Seriously?  If you were concerned about conditions for blacks why has there been total silence about the incredibly high rate of abortion among blacks and the high rate of homicides against blacks by other blacks?  If you cared about the plight of the black community in the inner cities why have you not protested the Democrat and often Black Leadership in those cities where they suffer the most?  Why criticize the Vice President for leaving a game where members of the teams acted in disrespect for the flag and the nation?  Why accuse him of a publicity stunt and bringing politics into an NFL game?  Are you not doing exactly that as you seize an opportunity to do what you do in front of a camera and millions of people?  Sorry, it is only wrong to protest if you are not in harmony with the Leftist Protests.

When members of the All Woman – All Leftist show argues that we must not go after the comedians because they are important is that not the height of hypocrisy?  I thought everyone was important but I guess only those who are in front of the camera with an audience and platform that can drive the leftist agenda are important.  I don’t know about you, but that tells me that, in their view, I am not only unimportant but unnecessary.  After all, Jimmy Kimmel said that he did not care if those who disagree with him cease watching and he would not want to have a conversation with them anyway.  I wonder what those who count the beans in his network think about the loss of viewers, ratings, and sponsors?  I’m sure that their official statement will be, “We agree” but behind the scenes, they are panicking and trying to do damage control.

America, we are a very troubled nation on multiple fronts and the storm clouds are not giving way to sunshine.  The anger being generated is about to boil over and people on all sides of the issues are rapidly heading toward an impasse that can only lead to anarchy and violence in a catastrophically destructive manner.  I have only scratched the surface on things I see that are destroying the foundations and fabric of this republic.  I would love to laugh it off and say, “this too will pass” but I’m not convinced it is going to pass.  I would love to say, “That’s just politics and people exercising the right to be stupid” but I am convinced it goes much deeper than that.  Our moral moorings have been severed in some areas and whether you are religious or not, surely you see the dangers of the direction we are headed in the continual divisiveness and refusal to look for any common ground.  This is not a one-way street and will require those on both sides to seek the best good of the Republic and demonstrate a willingness to work together for that good.