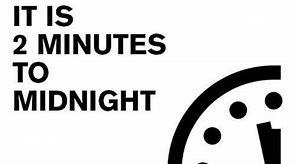 What are you referring to, Roy?  Thank you for asking.  What I am talking about is the danger of the Democrats reclaiming control of Congress in the mid-term elections this year.  My thoughts range from the total destruction of the Republic to a season of severe drought in sanity.  It most assuredly would be a very very very very bad day for America.  I know, that might be some who read this that are ideologically aligned with the Left or are so adamantly anti-Trump that they take umbrage with my remarks but let me illustrate as best I can why I say it would be a Bad Bad Bad Day for America.

Historically, mid-term elections do not usually bode well for new presidents so the danger is very real that the Democrats could make significant inroads in this electoral cycle.  I am hopeful and prayerful that this will be more an exception than the rule and the GOP will maintain control in both the House and Senate.  If you listen to the talking heads, the MSM, and the Democrats you would think that there is coming a tidal wave sweep for the Democrats and they will be a massive swing in elected officials giving them a super-majority in Congress.  I don’t believe that but I am concerned that they might gain control for many reasons, not the least of which are apathy and the lack of cooperation and support for the president’s agenda by the GOP Leadership.

Most of the information I have been able to filter through and view through the grid of reality suggests that the GOP could lose the House but will likely keep the Senate and might even make gains in that illustrious body.  The Democrats seem to be energized more than usual and sadly too many Republicans and Independents who support Freedom, Liberty, and the Constitution are growing increasingly complacent.  If you couple those two factors with the Never Trump Advocates and Activist who see the mid-term elections as an opportunity for revenge the conditions for a shift in power in Washington is very real.  TURNOUT is going to be the critical factor.  If the Republicans and Liberty Loving Independents “turnout” the Democrats will be defeated in November but if apathy prevails and as has transpired in some previous elections the Conservative Constitutionalist Republicans and Independents stay home we will pay a price for our failure to motivate voters.

In many ways, I see the 2018 mid-term elections a crossroad for the Republic and most certainly for the presidency of Donald J. Trump.  You may not like the man but if you honestly examine what he has done and tried to do regarding fulfilling the campaign promises you would acknowledge that he has accomplished more than anyone thought he could or would.  The economy is gaining ground, the tax cuts are not perfect but light-years ahead of anything we have in a very long time.  He has demonstrated an interest and willingness to secure our borders and maintain the sovereignty of the United States of America.  He has given support to our military and dealt decisively and positively with our foreign enemies and garnered the support of our allies in some situations.  There are many good things happening under his watch and I believe that he was the man for the hour to help turn the ship of state in a more positive direction.  No, I did not say he was a saint but he has courage, fortitude, and as a pragmatist, he sees the problem and rather than simply addressing it as conservative or liberal he wants to “FIX” it.  That is a breath of fresh air in the world of political corruption, elitism, and cronyism that is the norm in Washington.

The GOP has repeatedly let the ball drop regarding the campaign promised agenda and the announced agenda of this administration.  However, there have been some positives which would be attacked or shredded should the Leftist Democrats regain control.  I consider the Veterans Affairs Accountability and Whistleblower Protection Act of 2017 positive.  I consider the Tax Reform Act positive for many reasons including the fact that it reduced the regulatory burdens that have stifled business and damaged our economy.  If the Democrats regain control there will be immediate attempts to IMPEACH the President and coupled with their Special Investigation Fishing Expedition against a duly elected president who has committed nothing worthy of impeachment would severely damage our Republic and System of Government.  The Judiciary or any hope of returning much of it to a Constitutional position would be out the window if the Democrats regain the House and Senate.  The Deep State would not only survive it would thrive and grow even stronger and more impregnable meaning that we would NEVER dismantle it to the degree that limiting the size and scope of government would be impossible.  The DOJ and the FBI would become even stronger arms of the Leftist Ideology and America would suffer the consequences.  Yes, Alice, Elections do have consequences!

Rasmussen has reported that President Trump has accomplished more in his first year than most of our recent presidents accomplished in their entire first term.  He has, although unreported by the MSM accomplished many of his key campaign promises.  He was deprived of the typical ‘honeymoon’ new presidents are afforded because of the hate and vitriol that was stewing even before his inauguration.   He may be on the verge of officially ending the Korean War with cessations of hostilities by the North Koreans.  That would be historic.  He may be nearing the dismantling of North Korea’s nuclear bomb program and their ICBM program.  There are slivers of hope that we could witness the reunification of the two Koreas and the withdrawal of U.S. troops from the South and a full return of U.S. captives.  Those may never happen but there is hope for the first time in a long time or ever.

Someone suggested that when November rolls around many Americans may come to recognize and embrace the old Irish saying: “Better the devil you know than the devil you don’t know.”  No, I am not calling Mr. Trump the devil nor am I calling him a saint but using an expression to indicate that dealing with what we know may be better than dealing with the unknown politically.  However, I believe that history reveals what our government would be like if the Democrats returned to power.  It would be disastrous for the constitution and our individual liberties and inalienable rights.  Many of them have openly declared their willingness to shred the constitution to advance their agenda and strip us of our 2nd Amendment Rights as well as destroy much of our 1st and 4th Amendment Rights.  It might not be Doomsday if they regain power but it would sure look an awful lot like it and everyone will pay a most severe penalty.  I stand firmly for Faith, Family, and Freedom and from my vantage point that means I MUST VOTE NO on the Leftist Agenda proposed by the Democrats.  You must decide what road you will take but I pray you take the right road.