I’ve heard lame baseless arguments to support things but this ascends high on the list of the most ridiculous one could offer – “But it’s the law of the land….”   That is the argument of the left regarding the Affordable Health Care Act aka Obamacare.  They shout that as though it should mean that all opposition is immediately silenced and everyone simply complies!  Do you really want to go there?  Are you sure you want to make that argument?  Okay I gave you the opportunity to think so let’s follow that logic and argument through history.

If we are to surmise that because a bill has been passed by Congress, signed into law by the President, and the Supreme Court has ruled on its Constitutionality we are to passively and obediently comply what do we do about some interesting events in history?

That logic would mean that people like Rosa Parks, Martin Luther King, Jr. and anyone involved in the Civil Rights Movement were ‘criminals’ because they did not comply with the ‘Separate But Equal’ – LAW OF THE LAND prior to the Brown v. Board of Education ruling in 1954 which overturned it.  That had been the LAW OF THE LAND for 58 years!  It was something that many felt could not and should not be allowed to stand, was discriminatory and should be opposed but if we follow the Democrat logic they were engaging in ‘unlawful’ or ‘criminal’ activity and instead of being applauded for their stance and fight they should be branded as criminals. That would mean that Bull Connor and those who took his stance should be lauded as patriots because they were upholding THE LAW OF THE LAND.  So again, I ask “Do you really want to take that path?” 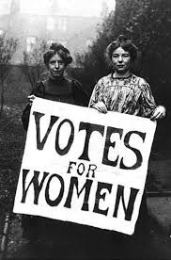 If you will examine history you will find that it was once the LAW OF THE LAND that women had ‘no vote’.  It was not until the Seneca Falls Convention in 1848 that the demand for the enfranchisement of women rose to the heights to propel it into reality.  In fact, after the Civil War, women led by Susan B. Anthony, Elizabeth Cady Stanton and others over the disparity of enfranchising black men but still not giving women the right to vote.  It was not until the passage of the 19th Amendment to the United States Constitution in 1920 that women gained the right to vote.  Does that mean that those women and men who demonstrated and roused public sentiment against THE LAW OF THE LAND should be regarded as ‘criminals’ because they did not obediently comply with a bad law?  Were they ‘hostage takers’, ‘terrorist’, and ‘evil’?

How about slavery, it was also THE LAW OF THE LAND.  In the Dred Scott decision in 1857 the Supreme Court ruled that African Americans, whether slave or free, could not be American citizens and therefore had no standing to sue or bring suit in a federal court, and that the federal government had no power to regulate slavery in the federal territories acquired after the creation of the United States.  Thus, the Supreme Court declared that slavery was THE LAW OF THE LAND and legal.  So, anyone on the side of the North in the Civil War was breaking the LAW OF THE LAND and those in the South were only enforcing the Law of the Land!   (I must insert that it is my view that the Civil War was about more than slavery and very high on the reason was States Rights.  My view, you do not have to agree.)  But, do we want to say that those who were opposed to slavery were breaking the law because, after all it was the LAW OF THE LAND, and those that supported it were simply enforcing the LAW OF THE LAND?   Do you really want to take that path?  Slavery was written by Democrats and approved by the Supreme Court.  So really!

We could talk about “Prohibition” which led to more violence, corruption, and criminal activity than almost anything in our modern history.  It was a bad law and thousands if not millions of lives were ruined as a result of this law but it was THE LAW OF THE LAND.  The “Poll Tax” was the Law of the Land but was opposed.  Segregation was the Law of the Land but opposed.  So now when Obamacare is opposed by a majority of Americans and by members of Congress they are called ‘bigots’, ‘racist’, ‘terrorists,’ ‘extortionist’, and many other names because they are resisting THE LAW OF THE LAND.   We could have solved the healthcare problem or at least addressed it more reasonably without Obamacare but that would not give Barack Obama his ‘signature’ piece of legislation for his legacy.  What will that legacy be?  It depends on who is writing the history books.  Medicare/Medicaid could have been expanded, the payroll tax expanded and many other approaches but instead we have FORCED CONSCRIPTION into Health Insurance mandated by the government that is going to be of lesser quality and more expensive than what we had.  One of the reasons they are taking this pathway is because they do not want State Governments controlling any of the mix and want to move us to ‘Single Payer Government Run Healthcare’ and CONTROL. 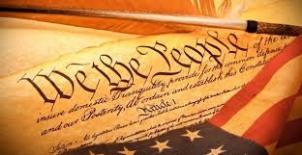 So before you argue ‘It is the Law of the Land’ you might want to study history and realize that you are painting yourself in a corner.  But, since when did this president or the Democrat members of Congress become concerned with the Constitution or the Law?  They skirt it, bypass it, ignore it, and avoid it so frequently that one would wonder where they came up with that argument.  I guess it was from the same source that caused Hillary and Pelosi to utter, “What difference does it make?” on separate occasions and issues.

America, bad laws are to be opposed and through peaceful and legal means changed, rescinded, and revoked.  Just because something is THE LAW OF THE LAND does not make it good or right.