Are we willing to allow the perfect to become the enemy of the good?  I cannot count the number of times or people who have expressed to me dissatisfaction with this or that political candidate and declared that because that candidate did not meet their criteria for conservatism, constitutionalism, or something they just didn’t vote.  Some even acknowledge that by doing so their actions helped facilitate the election of the liberal, progressive, or socialist in the race.  Most of the time I am told “I refuse to vote for the lesser of two evils because evil is still evil.”  Others have declared, “I’m standing on my principles.”  I do not argue that either are wrong but I do have some observations.

First and foremost let me say that my purpose is not to chastise or criticize you for that stance or shame you into doing something differently if it is not in your heart.  What I am asking is that you hear what I have to say on the matter and if it resonates with you adopt it and if it doesn’t reject it.  If I say something about spiritual things and the hearer does not believe what I’m saying has veracity or anything worthy of accepting then I tell them ‘reject it’ but if it does ‘adopt it’ or at least ‘do further study’.  That is equally true in the political arena. 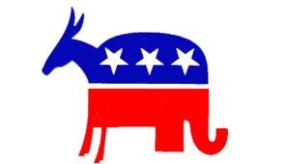 If we demand that any given candidate embody 100% or even 90% alignment with our political ideology or beliefs and if they do not we are either going to ‘stay home’ or we are going to cast our ballot in such a way as to ensure the Democrat and the liberal wins is that good for the country?  I understand the argument and frustration with voting for what is often called ‘the lesser of two evils’.  I understand the desire for an alternative to the Democrat and Republican Parties. I understand the disgust with national candidates such as John McCain and Mitt Romney.  I get it, but even with those less than desirable candidates I still believe that this country would be better off with either of those than we are with Barack Obama in the Oval Office.  I realize that some have declared that they are the same but history proves that to be incorrect and while I applaud anyone standing on their convictions I go back to the question, “is it a good thing to allow the perfect to become the enemy of the good?’

I have a difficulty with putting myself in a position that I am willing to allow ‘ultimate evil’ triumph over something that is less than ‘perfect’.  While I believe that both Romney and McCain are at best moderates and at worst RINO’s I still believe that either of them would have been infinitely better for America than Barack Obama and his radical liberal socialist transformational ideology which is destroying this nation.  I pray that the Republicans in 2016 do not run out Chris Christie as the standard bearer for the party because if they do they will lose again and in all likelihood we will have another Clinton in the White House and this one will be as radical if not more so than Barack Obama on most fronts. 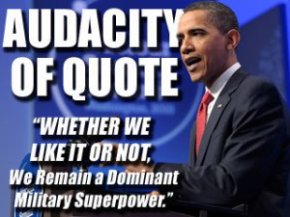 In the recent governor’s race in Virginia even with the Obama PAC bundler funding a split in potentially Republican vote by backing the Libertarian candidate whom they had no desire to win, the Democrat money machine, backing the Democrat and the scandalous lies in television commercials mischaracterizing the Republican he still almost won.  Had the Republican Establishment backed the Tea Party Candidate he would have won but they were more willing to see a liberal Democrat win than have the Tea Party given any credit for a Republican win.  They were willing to ignore the huge opportunity to drive a stake in the heart of Obamacare by defeating the Democrat that they by their actions have helped to advance the monster called “Obamacare.”  That, to me, is beyond reasonable comprehension.

Sadly, many of my friends have expressed a willingness in the pursuit of the perfect candidate allow the good to be defeated and see evil win while claiming a moral victory by standing on their principles.  Just like in sports ‘moral victories’ do not advance your cause they appease your conscience!  That is your right and I will defend your right to do take that stance and action this is America!  My only question is when you look at the overall big picture is choosing to allow the perfect to defeat the good the right choice?  I cannot answer that for you I can only answer it for myself.  I believe that we must defeat the liberal left and work to bring about a change over the next few decades.  We must adopt the strategy of the Democrats, the Fabian Socialist, and the Alynsky model of ‘looking to the future’ and taking ‘small victories’ and move toward real change and real transformation of the political landscape.  If that means withholding our votes for the Republican candidate in the interest of ultimately building a viable third party great.   However, I do not see that as the immediate solution and believe that we are so near ultimate destruction in this nation that we MUST WIN NOW and then begin to work on the long haul transformation.  If we allow the Democrats to regain the House, keep the Senate, and the White House for another eight years there will be nothing for that ‘perfect candidate’ to oversee America will be lost.  I wish we had the luxury of slowly forming an alternative to the established two major parties but I fear that the time it will take to accomplish that will result in the complete annihilation of the Constitution and a Free America.  I hope I am wrong and in the primaries will do everything I can to unseat the RINO’s.

That being said, you consider and you decide what course you must take.  I simply ask that you place America ahead of your personal preferences in your decision.  May God bless you and may God bless America.