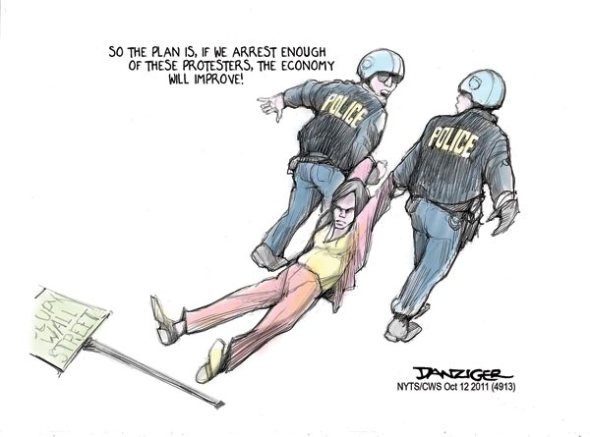 My title is completely ‘tongue in cheek’ and I do believe you can see how we might run into a small problem with that approach?  What if we do not all agree on what is to be outlawed?  Even those within the various political, social, financial, or religious sectors do not all agree so there would be elements of those groups unhappy with a particular piece of legislation making it impossible to accomplish. Legislating behavior, belief, or thought is not only, not practical it is not possible not to mention the violations to our American Constitution, rights, and liberties.

YET there are more and more people including this administration wanting to do just that.  There are those on the liberal side of the equation who are willing to completely rescind the 1st Amendment (for conservatives) in order to silence all affronts to the liberal ideology and to silence all conservative ideology because they consider it harmful to the liberal cause and society.  Therefore they are perfectly willing to have federal monitors in the newsrooms, classrooms, and workplace to police speech in an effort to police thought! 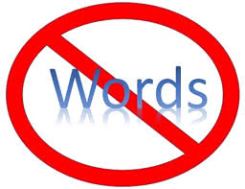 One of the latest attempts to legislate thought, speech, and behavior is the push for the NFL to administer a 15 yard penalty for use of the “N” word and the 2nd offense has you ejected from the game.  John Wooten of the Fritz Pollard Alliance is one of the strongest proponents of this saying that this is the absolute worst word in the history of America and then Michael Wilbon of ESPN is opposed to the white owners, etc. making this ruling and while he wants to get the word out of the work place doesn’t feel that this is the way to accomplish it.  I bring this up only to point out that flawed logic in attempting to legislate, thought, speech, or attitude.

We have segments of our society where various words are used and, to them, it is acceptable but if anyone outside that segment uses the same words they are offensive.  There are words like the “B” word in reference to a female (Bossy and the one that rhymes with itch), ‘’Ho”, the “F” word in reference to a homosexual and so many more.  Society has a way of dealing with offenses it deems unacceptable such as shunning, ostracizing, and more.   I see this type of problem a societal problem signifying the failure of the home, extended family, and church to do its job. 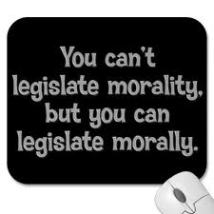 If a person is prone to use racial slurs or slurs of any kind, legislation will not change their attitude or heart and will not transform them into a different person.  Tyrannical governments throughout history have sought to police speech, control attitudes, and shape thought in the public and even private sectors.  Even now in America it is a federal felony to criticize the President in the presence of the Secret Service.  Is this America?  It places people in bondage but does nothing to truthfully change their hearts or minds.  If we are going to tear down racial and ideological barriers we cannot do it with thought or speech policing society we have to do it with dialogue that is civil and honest.

Racism is not a one way street.  Bigotry is not isolated to one sector of society.  Differences in political ideology is not unhealthy in itself the unhealthy aspect is when we attempt to silence all opposing views.  There are many things that I do not like and wish, were not present in our society but they are and no amount of legislation will change that.  It may drive it under the surface but it is still there and will likely become more ingrained and deeply rooted in the heart as a result making the situation worse not better. 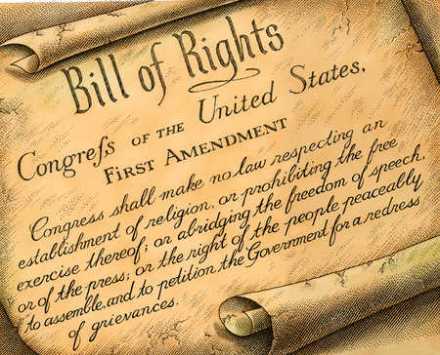 This is another area that government should and is constitutionally directed to stay out of. The founders gave us the 1st Amendment because they understood the impossibility and the unhealthiness of attempting to legislate, morality or ideology.  We should all, regardless of our ideology, religious beliefs, and moral stances oppose an erosion of our 1st Amendment Rights and oppose any and all efforts to allow or make the federal or state government ‘thought police’ or ‘speech police.’  Let society deal with those who step over the lines and it will be dealt with.  Let the parents teach their children proper respect, let the church teach godly principles regarding our fellow man, and allow society to effectively deter that which is morally, spiritually, or ideologically out of line.

This is another example of the dangers of an overreaching federal government that begins to reach into our lives in small segments until it is in TOTAL CONTROL.  But if we are going to police thought, speech, and attitudes whose examples are we going to use as acceptable?  Mine of course!  (You must know that last comment was completely sarcastic).