Who has not heard the almost infinite assertions as to Mr. Obama’s citizenship, religious preference, sexual preference, anti-Americanism, and anti-capitalism?  I am not saying they are or are not true just asking, who hasn’t heard the many theories and allegations.  All which the liberal media dismiss, the Democrats ignore, the Republicans run from, and a significant number of voters have almost no interest in so it seems when it comes time to vote.

Taking from Jeff Foxworthy’s ‘You might be a redneck if…’ stitch and turn that on Mr. Obama and say, “If Obama is not a (insert whatever) then….”  I am very concerned about where our country is, how willingly people seem to dismiss possibilities and factual information gleaned from real statistics and reports available to virtually everyone and especially the media.  I understand the liberal media has a commitment to protect Mr. Obama and his leftist ideology but WE THE PEOPLE should be willing to expend a small amount of energy and review the facts and act upon them.

If Mr. Obama is not a Muslim then why do we have a grant from the U.S. Embassy in Prague funding Islamic awareness in the Czech Republic and in other countries in their schools and teaching young women how make the transition to Islam?  Why did we have the presidential directive to NASA to seek to make Muslims feel better about themselves? Why Back the Muslim Brotherhood and press our nation to accept Islamic values and views while diminishing those of Christians and calling Christians intolerant if they resist? Why did Mr. Obama write in his book ‘Audacity of Hope’, “I will stand with the Muslims should the political winds shift in an ugly direction.”  What are the qualifiers for that statement and why the predetermined assertion, that you will side with this particular sect of people over others and does that also include the United States of America?  Questions that the media refused and refuse to ask, the McCain campaign muzzled, and millions do not want to know.  If anyone asks the ‘hard questions’ or ‘revealing questions’ of this president they are automatically deemed ‘racist’.  WHY?  Why would we not want answers to those questions?

If Mr. Obama is not Anti-American and Anti-Constitution then why is it that he and the D.O.J. continually ignore it, violate it, and attempt to change it via Executive Fiat or Regulation?  With regard to ‘illegals’ in this country I keep hearing reports that Mr. Obama is more aggressive in deporting ‘illegals’ than George W. Bush but when we see the reports that ‘deportations’ and ‘enforcement’ regarding illegals is the lowest it has been since 1973 I have to ask how does that make him the ‘Deporter-in-Chief’.  Why the push for Amnesty if the sovereignty of the United States was crucial and the Constitution to be honored?  Why the ordering of federal agencies to ignore illegals except in specified situations.  Why is the D.O.J. releasing those apprehended almost as fast as law enforcement can arrest them?  Why does the D.O.J. seek to litigate against any state that wants to protect its borders?   If it walks like a duck, quacks like a duck, and looks like a duck it just might be a duck. 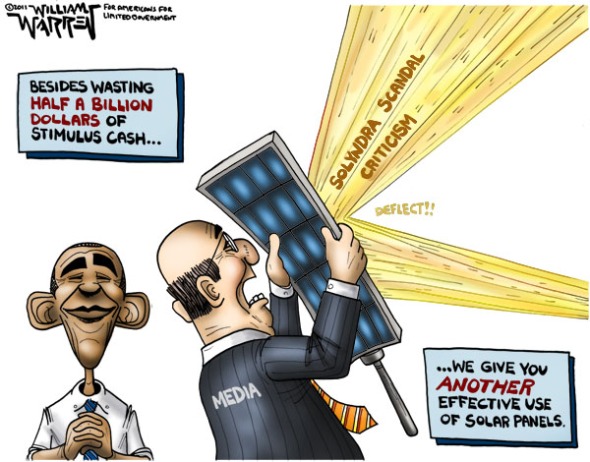 If Mr. Obama is not at war with the fossil fuel industry then why does he refuse to allow more or adequate drilling on federally controlled lands?  Why the dragging of his feet with regard to the Keystone pipeline?  Why make statements like, “If you want to open a new coal plant, go ahead but we will bankrupt you?”   Yes drilling and production have increased but not as a result of his efforts but in spite of him and the lion’s share of it is on private land via private leases that he cannot control or prevent.  No Mr. Obama I do not believe you support the idea of America becoming Energy Independent or you would not resist our own production and at the same time give money to Brazil and say, “We will be your best customer.”  How about being America’s best customer?

If Mr. Obama is not anti the Bill of Rights and is not trying incite civil chaos to the point that the federal government might and could act with force, then why the most recent incident in Nevada with Cliven Bundy and numerous others that received no media coverage?  Why send 200 armed law enforcement personnel and armed mercenaries with sniper rifles to intimidate if not eliminate this rancher?  This basically is the federal government conducting a massive raid to collect a debt!  What will they do when the IRS determines that any of us owes anything?  If this were about enforcing our laws what about the millions of illegals here that are being ignored, and such things as Benghazi, the IRS scandal, voter fraud, lying to congress, and the outright lies of the President to the American people on so many fronts?  What about the New Black Panthers in at polling places in uniform and armed with batons?  No it is, in my opinion, another ‘test run’ to see what will happen and this time citizens called ‘the militia’ from various states stepped in and said ENOUGH!

Mr. Obama if you are Christian, American, a Constitutional Defender, and for American Exceptionalism then WHY do you do what you do?  Why do you continue to push the Statist/Marxist agenda?  Could it be that you are guilty of all or part of what many are asserting regarding you, your philosophy, ideology, and beliefs?  You could diffuse those allegations but rather you publicly lament the Constitutional restrictions on you, express your desire and plan to redistribute the wealth, fan the flames of racism and discord, create class and gender envy, and refuse to be transparent and cooperate with congressional investigations, obey court orders, and keep your oath of office to protect and defend the Constitution of these United States of America.  Therefore, sir I have to conclude that there are far too many examples to be coincidental or circumstantial.  If you are not guilty then PLEASE rethink your path and take steps to insure that the Executive Branch operates within the guidelines of the Constitution.