The recent Supreme Court decision not to hear the case brought by Elane Photography, a New Mexico business run by a husband and wife team who argued that their First Amendment rights allowed them to refuse service to a woman who sought to hire the company to photograph her commitment ceremony with her partner.  The couple argued that to do so would violate their ‘religious convictions’.   It is a First Amendment Case!

In 2008 New Mexico declared that the company was ‘guilty of discrimination’ and had to pay the attorney fees.  We had a case in Colorado where a cake maker refused a couple’s business.  Why the Supreme Court would reject hearing this case is left to speculation but since it is, in my view, a clear constitutional case I believe they should have heard it! 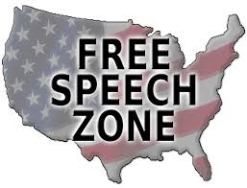 The case focused exclusively on the company’s ‘freedom of speech’ and the lawyers for the Alliance Defending Freedom said that this case would force the photographer to ‘create expression’ in violation of her beliefs and thus would be ‘compelled speech’ not ‘free speech.’  In the writing of the decision of the New Mexico Court the judge stated that the photographer could not refuse service and that it was okay to violate her 1st Amendment Right of Freedom of Speech because it was “The Price of Citizenship.”

That statement disturbs me greatly!  I’ve talked to a number of people who have chosen the lifestyle of the couple wanting their ceremony photographed and all but one of them said exactly the same thing, “If a business doesn’t want my business I don’t want to do business with them.”  One argued that it was incumbent upon all homosexuals to be vocal, file law suits, and demand their rights.  When do the rights of one person trump the rights of another?  Where is the line of separation protecting the rights of both parties?

Did our Founding Fathers truly envision a country where the ‘Price of Citizenship’ included the violation of one’s conscience and trumping ‘freedom of speech’?  The courts have ruled that one can, under the freedom of speech clause ‘burn the flag’ but somehow they cannot refuse service based on religious convictions.  What is the constitutional basis that this or these judges used to determine that a person’s religious convictions were unimportant and not covered by the Bill of Rights and Constitution of these United States?

We have a situation today where America is being forced to accept every culture with no expectation of assimilation into our society.  Schools, communities, and courts have decided that the flag of another nation can be flown on particular holidays but not the American flag because it might be offensive and be considered ‘hate speech’.  Are we still The United States of America?  Do we not still have a Constitution?  Is there no longer a Bill of Rights defining our liberties?  How is it that we are told to be tolerant of religions other than Christianity and our government then take actions such as under Obama-care where people are forced to violate their religious convictions to comply with the law?

The Price of Citizenship seems to mean that if you are a Christian and have religious convictions that you, as Daniel, refuse to compromise you are a HATER and must be put in your place.  Some want to argue the Separate of Church and State but is this not the reverse where the State is dictating what the church can and cannot believe?  The Constitution and Bill of Rights sought to prevent a National Church not keep any religion out of government nor keep the influence of the Bible out of political decisions.  This war extends to those who hold any view other than the accepted liberal ideology of the Statist! 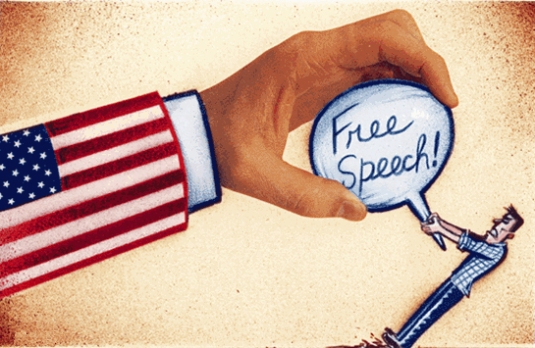 The Price of Citizenship seems to be rapidly coming to mean that you have to comply with the ideology of the various vocal activist groups and have no rights if your rights come into conflict with theirs. Their rights trump yours and that, according the judge is THE PRICE OF CITIZENSHIP.  However, those opposing you do not have a Price only you if you are standing on Christian Religious Grounds or Conservative Constitutional Grounds.  If you are standing on Islamic grounds your rights trump those of us who disagree.  Therefore the Price of Citizenship seems to mean that if you are a Christian and hold deep religious convictions you will not be allowed to stand on them even though the Constitution affords you Freedom of Speech and Religion.

I have great concern about the phrasing – THE PRICE OF CITIZENSHIP and fear where it will lead and what else it will encompass as we proceed down this road.  America if you love the Constitution and value your freedom we must insist that our constitutional liberties are preserved.  Whether this was a good or bad business decision is irrelevant it was a stance based on ‘faith’, ‘religious convictions’, and ‘constitutional liberties.’

May God be with you as you go through your day!