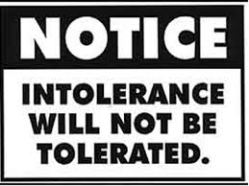 That is a statement that has been uttered repeatedly by many over the L.A. Clippers owner Donald Sterling’s comments to his mistress recorded illegally and leaked to the media to do him as much damage as possible or a possible failed extortion plot.  I DO NOT DEFEND Mr. Sterling in any fashion with regard to his views.  I wish we lived in a society where there was no hate, no bigotry, not abuse, no racism but we do not and it is not one sided but every ethnicity is infected with its ugliness.  I know that some will immediately dismiss me because I said that but I believe it to be an honest and true statement.

The NBA Commissioner, Adam Silver almost immediately acted in line with the sentiment being voiced by players, media, and others and took the most severe stance he could in an effort to preserve the image of the league and pacify those calling out for blood.  There are legal questions as to whether he could force the sale of the team but that will get played out in court and is not my focus.  Many black players were immediate in calling for him to be banned and stripped of his team saying, “There is no room for that in the NBA….”   Yet, I heard none of them challenging Charles Barkley’s comment that, “The NBA is a BLACK league.” Although over 75% of the leagues athletes are black, were a white to declare that the NHL is a WHITE league he would likely lose his job and would be branded a racist.  Mr. Barkley was citing the percentages of black athletes in the league and one could use that same formula with regard to the NHL but we dare not do it and it is completely unnecessary. 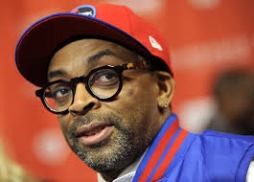 Former NBA player Larry Johnson chimed in that blacks were focusing on the wrong thing and what they should be striving for was an ALL BLACK LEAGUE but no one declared that to be racist or called for a lifetime ban of Mr. Johnson.  Spike Lee has been very vocal about this situation and many other situations concerning whites.  He works for the NBA on their network and stars in many of their commercials and yet Mr. Lee declared after a trip to South Africa that he had the urge to pick up a gun and start shooting white people and that the only solution was bloodshed.  He has had many racist and bigoted comments but he still has his job and the commercials and no one is calling for his lifetime ban.  The New Black Panthers leader who is identified as King Shamir Shabazz declared that blacks have to KILL white babies seconds after they’re born and suggested bombing nurseries but none of those calling for Mr. Sterling’s ban had a word to say about that past or present.  The calls for violence against whites and the appearance at the polling places in Philadelphia in uniform carrying batons (clubs) is not deemed racist and according to the Attorney General he will not prosecute his people.  There is no room for that in society.

The cover up of Benghazi that is becoming increasingly clear and is without defense has not elicited calls by those same individuals and media for the ouster of Barack Obama and Eric Holder.  The hideousness of Fast and Furious a government program that had the sanction if not direct involvement of both Eric Holder and Barack Obama has elicited no calls for their ouster from the liberal, leftist, and black community.  The IRS scandal that is a violation of federal law and seems to reach all the way to the Oval Office has produced no calls from the left for Mr. Obama to step down and/or be prosecuted and if anyone does call for his removal they are immediately branded a RACIST….  There is no room for that in society.

The overt manipulation and fabrication of the numbers with regard to unemployment and the economy should have people on all sides of the political spectrum standing up and demanding it stop but there are no calls from the left or the black community and only whimpers of resistance from the Republicans.  To have a report that the economy grew 0.1% in the first quarter and over 800,000 people were dropped from the statistics because they have either given up or no longer qualify for benefits allowing the administration to declare that unemployment dropped to 6.3% has caused no concern.  The fact that the job participation rate is now only 62% the lowest since 1978 and in real numbers means that 92.5 MILLION Americans are UNEMPLOYED.  How many of those are retired I do not know but I know that if 38 out of 100 are not employed the UNEMPLOYMENT Percentage cannot possibly be 6.3%.  It is a bold faced lie, a manipulation for political purposes and THERE IS NO ROOM FOR THAT IN GOVERNMENT.

Rick Berry former NBA great declared that if any owner did not vote to force Donald Sterling to sell his team they would be as guilty of racism as he.  HOW?  If they do not vote to force him to sell does not mean they agree with his views but that they are concerned as to where this will end.  Kolbe Bryant called a referee a ‘faggot’ and no one called for him to be banned.  Players have committed crimes and often received minor suspensions and fines but no calls for a lifetime ban.  Where does it end?  Is it that only a white person can be racist and made to pay the most severe penalty for being an idiot?  There is not room for that in society.

If we are going to take this kind of aggressive action in one case must we not be aggressive in all cases?  If racism is the worst crime possible as this suggests then what is next?  Frankly, I am appalled at Mr. Sterling’s history but I am also concerned as to where the policing of thought, beliefs, and attitudes will lead.  I know that my writing this will label me racist because I am a white male voicing an opinion that is counter to the main stream liberal mindset and of course there is no room in society for anyone to disagree.

Racism is not dead, bigotry is not dead, evil is not dead and while there is a call for tolerance there is a total intolerance for some things and some ethnicities while others are given cart blanche and allowed venomous statements and actions.  There is no room for that in society or is there?  No matter how many laws you pass, how many penalties you impose you will never eradicate wrong thinking and beliefs, bigotry, or racism.  That will only come as the hearts of people are changed and when you give one segment a free pass and attack another with vengeance you only further the divide and the ugliness of that type of mentality and behavior.