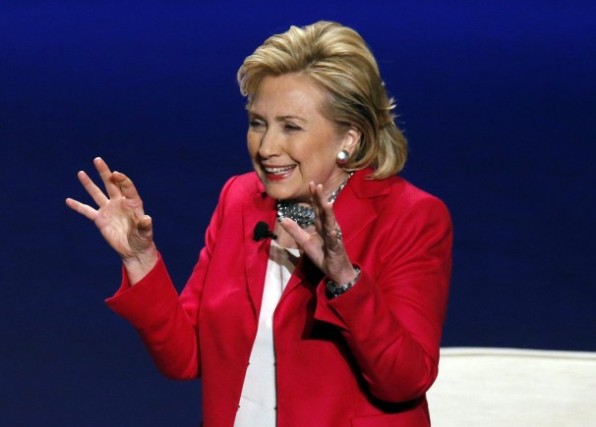 With the infamous remakes by this politician on their ‘destitution’ after leaving the White House we now all have a better understanding of what she and the Democrat hierarchy believes to be POVERTY LEVELS.  I didn’t realize how ‘poor’ I was until I examined her definition by declaration of her personal status.  If it were not so ridiculous I’d be depressed but since I know the level of distortion I just shake my head and wonder.  Wonder how can people, be so ill-informed as to believe something like this.  But alas, they do!

I did not realize that DEAD BROKE meant earning $12 MILLION or more per year so I truly am DEAD BROKE in a very real sense.  I didn’t know that being the RICHEST former living first family meant DEAD BROKE but if they are then I can’t even qualify as DEAD BROKE I don’t know what level it is below that but I am light years away from even that distinction based on her declaration and the facts.

In reality the Clinton’s have not been ‘in debt’ for years and command some of the highest speaking price tags of anyone on the circuit.  Their net worth is $100 MILLION or more and somehow that identifies them as DEAD BROKE.  Hillary acknowledged that she and Bill were charging an average of $200,000 per speaking engagement and that left them DEAD BROKE.  What were they buying?  Interns cannot possibly cost that much!

It seems that in 2004 Bill scored an impressive $15 MILLION advance on his book and last year he brought in $106 MILLION on speeches alone.  DEAD BROKE, we should all be that broke!  Hillary has made at least $5 MILLION from speeches since leaving the State Department and received over $16 MILLION for her two memoirs, “In Living History” (2003) and “Hard Choices” (2014).  DEAD BROKE – Where do I sign up?  She received about $2 MILLION during her tenure as Senator and Secretary of State and Bill has garnered over $2.6 MILLION in his pension from being President.  I WANT ME SOME BROKE, Please!

The Clinton’s are in the top ten of the wealthiest Presidents ever with John F. Kennedy being number one.  He left behind $1 BILLION in shared assets.  By 2001 the Clinton’s net worth has soared to over $25 MILLION and during the interim to that time they were anything but DEAD BROKE by any reasonable standard.  They were able to purchase mansions, do extensive traveling, live the life of Riley and continue to be the upper crust of the upper crust financially.

Hillary’s assertion that they were DEAD BROKE should be an affront to every member of the working class and should immediately identify how out of touch and lacking in the reality department she really is.  Then you add to that her previous revealed beliefs and pushes politically and her actions while First Lady, Senator, and Secretary of State and you see just how UNFIT for the Office of President she really is.  Of course many on the left seem to believe she somehow has a right to it and it would seem that some on the Right are in agreement and have given her a pass on much.  “What Difference Does It Make Now?”  It makes the world of difference.  America is hanging by a thread after the years of Barack Obama and should we be subjected to even four years of Hillary Clinton we can sing “turn out the lights, the party’s over” because it will be over.

I have contacted the Clinton campaign and asked if they have any tips on how to become so DEAD BROKE as the Clinton’s.  I would like to live in retirement with no financial concerns as I’m sure most Americans and people around the world would.  So now that you know what defines DEAD BROKE how do you feel?