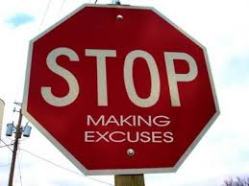 I’m sorry, justifications per the administration, IRS, NSA, EPA, DOJ, and all the other acronyms of the Executive Branch of the United States Government.  They do not offer ‘excuses’ they offer ‘justifications’ for lying, stonewalling, deception, ineptness, Un-American activity, etc. so they say.  If they even care what we think, know, or believe, which I doubt, they do not hesitate to present fabrication, outrageous distortions, and completely unbelievable statements regarding to their activities.

Hillary, Obama, and company devised a totally false narrative regarding Benghazi and who knows what the real story is of why they concocted the video story.  They were seeking to hide something but exactly what and to what depths we do not know but we can conclude that it is huge.  We find that they knew there would be an influx of children across our Southern borders as far back as January but they just found about those coming on the news.  How did they know if they were complicit or responsible for the waves of people illegally coming to the United States?  The lost emails of Lois Lerner and others in the IRS are not retrievable and lost forever but the IRS had a contract with the file-storage company ‘Sonasoft’ and according to virtually all I.T. people the only way they could be completely lost would be to destroy them purposefully.  Yet, they spin it almost like a child saying ‘the dog ate my homework’ and seem to expect us to just say, “Okay, thanks for the explanation” and move on.  SORRY I CAN’T DO THAT and neither should you or Congress.

Mr. Obama’s policies have dismantled our ‘healthcare’ and ‘health insurance’ industries, sabotaged our economy, severely hampered our oil and gas industry, jeopardized our national security, and threatens our national sovereignty and yet FEW seem to be bothered by it.  The media has recently lamented the Mr. Obama’s presidency is over because of his low poll numbers but I suggest that he is more dangerous now than ever.  HE DOES NOT CARE!  He never has and never will care what the polls, public, courts, or Congress says – HE IS KING OBAMA, at least in his mind.  He truly is a ‘legend in his own mind’ so it seems.

The release of the Taliban Five borders on, if it is not, TREASON and yes I said it.  It is not the first ‘impeachable’ action he has taken but one that should force Congress to act and even if it becomes a symbolic act it should be taken.  I know some have suggested that will only cost Republicans seats in the 2014 elections and the White House in 2016 but the way they have self-destructed in the past that cannot be a concern at this point.  There is ‘right’, there is ‘wrong’ and there is ‘inaction’ which is also wrong.  There is the small matter of the Constitution of these United States and the oaths of office that all elected officials take when being sworn in to their respective offices.  The president has violated his and if Congress does not act they are violating theirs.

If any of us went to the IRS or any governmental agency and declared that our records had been lost via a computer crash we would be given no sympathy or mercy.  Why should they be given a free pass?  If we were guilty of lying to Congress or law enforcement we would face stiff fines and/or jail time.  Why should they not be held to the same standard?  If elected officials, agents, or agencies of those officials are guilty of obstruction of justice, illegal activities, or violations of the public trust they MUST BE HELD ACCOUNTABLE or all integrity in our system of government and laws is lost.  America deserves better and it is up to us Americans to DEMAND BETTER.

We are, at least for now, a Constitutional Republic with a Constitution and Laws and it is incumbent upon the American citizens to take the steps required to insure that remains.  How much is your Republic, Freedom, Liberty, Rights, and Nation worth?  I cannot answer that for you, and as those in 1776 we must individually and collectively determine how much is too much and how little is too little.  The fight is for the Constitution and the Republic and while I urge that be done legally, ethically, and peacefully I acknowledge that our government is out of control and must be reined in.  If we do not speak up, speak out, and exercise our constitutional liberties and privileges we are ceding defeat, THAT I CANNOT DO!