I mean that as a serious question but let me elucidate.  I could approach this from numerous categories but the one in particular that I am referring to is the elimination of our southern border allowing the free flow of illegals into our country.  Those illegals are not just coming from Mexico, Central and South America but the far reaches of the globe including the Middle East.  This, in my view, is an incredibly dangerous situation to place America and Americans in but one that this president and the left seem hell-bent on continuing until the ILLEGALS are declared LEGAL and our border no longer exists.

If those coming across the border manage to smuggle a dirty bomb or some other weapon of mass destruction into our country it will then be relatively easy for them to carry out a terrorist act that would be catastrophic in size and scope.  The surface objective of the erasure of our border seems to be to permanently solidify the Democrat Party with voters but the deeper objective may well be the destruction of America and most assuredly the ‘fundamental transformation’ of her as promised by Barack H. Obama.  It seems to be a fishing expedition for VOTES and I would ask at what cost?  If there is a terrorist attack and I should probably say when there is a terrorist attack it is highly likely that American lives will be lost.  Therefore in a real sense this is an endeavor to trade American lives for Democrat votes and I find that not just reprehensible, immoral, and evil but criminal. 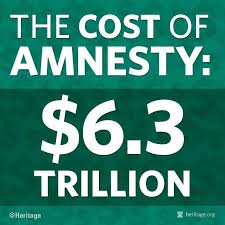 If we were to calculate the cost of these ILLEGALS to the American taxpayer it would be in the TRILLIONS and over the long haul it will be multiplied exponentially. The strain on our economy, school systems, transportation, healthcare industry and more will be astronomical forcing a radical transformation of virtually all sectors of society to accommodate them.  Sadly, we are not talking about them being assimilated into our society but our society being forced to adapt to them allowing those current ILLEGALS to live without having learn our language, laws, and adapt.  No, the politically correct push for ‘tolerance’ demands that we change not them.  What other country does that?  Certainly not the ones they are coming from.

ILLEGAL is ILLEGAL and you cannot successfully spin it or define it to be anything different.  When the federal government facilitates the breaking of our existing laws it engenders a society in which the law is meaningless and that is an incredibly dangerous condition.  The intense push for ‘gun control’ and governmental control in so many other areas of our society further places American lives in danger.  Common sense should tell us that with the evidence existing in this nation of violent gangs, especially in major cities, if we cannot protect ourselves we will likely become become victims. 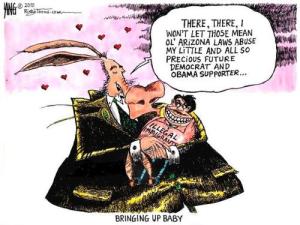 This president, who laments the existence of a restrictive constitution and reviles anyone who disagrees with him, has placed America in a very dangerous situation.  Sadly, millions who are receiving their monthly allotment from Big Brother are content to trade freedom, liberty, and national security for a check.  What happens when the total collapse comes and with the path we are currently on, it is coming?  We could literally see cannibalism in America’s cities and most assuredly will see wide sweeping rioting, looting, and chaos.  Anarchy is coming to America if we do not turn the tide and regain control.  The establishment elitist of both parties has demonstrated that they will not support a return to Constitutional government so we must defeat the establishment and that is a monumental task that cannot be done in one election cycle and will cost some of us everything.  How much is freedom, liberty, and the Republic worth to you and how much are we willing to invest for future generations?

The task is before us, what shall we do?  What will we do?  Will we wait until it is too late to take action?  We must answer those questions individually and collectively.   America needs her patriots today as much as she needed them in 1776. 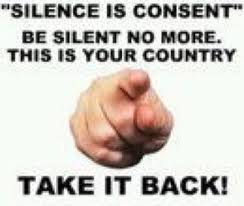