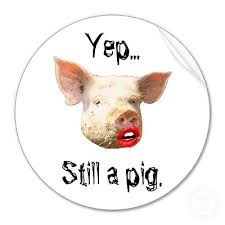 In August the late Abu Mosa declared, “I say to America that Islamic Caliphate has been established.  And we will not stop.  Don’t be cowards and attack us with drones.  Instead send your soldiers, the ones we humiliated in Iraq.  We will humiliate them everywhere, God willing, and we will raise the flag of Allah in the White House.”  They have declared war on the United States, beheaded American citizens in a horrific execution demonstrating utter disregard for human life and for America declaring that we are their ‘chief enemy’.  Yet, Mr. Obama says that we are not at war with them.  If someone is punching you in the face you can say we are not fighting but a bloody nose, black eyes, and bruises still happen as they continue to pulverize your face.  No, sometimes you have to step up and bring the game to them! 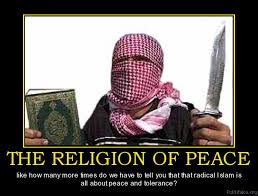 I keep hearing that Islam is a ‘religion of peace’ and that there are many Muslims that do not believe what is called the tenets of ‘Radical Islam’ so I have considered that and come to a conclusion.  There are millions of people who claim to be Muslim and follow Islam that have never read the Qur’an and do not speak Arabic.  They do not truly know what is in the Qur’an and those that do know that what we call ‘radical’ is ‘normal’, ‘fundamental’ and simply following the teachings and approach of their prophet Muhammad.

Muhammad was apparently a very strange and some would argue deranged character.  His supposed encounter with an angel of God and ascension to the status of prophet and founder of Islam was, in part, at the encouragement of his wife and other family members.  He believed that a demon had inspired him to quote many of the things he put in would put in his Qur’an and these family members convinced him it was an angel of God and he was a prophet.  He was right and they were wrong, but that’s my opinion.  Some of the oddities and problems with Muhammad being a man of God include the likelihood that he would dress up in women’s clothes and the clothes of his child bride and claim to receive revelations through that activity.  He had sexual relations with a nine (9) year old girl and his wife Aisha was apparently only about six (6) when he married her and in my book having sex with a nine year old makes him a pedophile.  He advocated killing those who would not convert and so many things about this individual make him someone that a rational person could never receive spiritual guidance from but millions follow his teachings or the religion he founded.

As to the claim that there are people who are Muslim that do not believe what the theology of the jihadist that does not make Islam is a religion of peace.  Not knowing what is in their ‘book’ of a religion does not change its foundational and fundamental theology.  There are millions who identify themselves as Christians who have never read the Bible and have no idea what it really teaches.  Just being raised in a home that attended church no more makes you a Christian than visiting a hospital would make one a doctor or visiting a garage makes one a mechanic.  I have ridden on airplanes but that doesn’t make me a pilot.  No, those who know the teachings of the prophet Muhammad know that the so-called radicals are not being radical but simply following the teachings of their founder.

Let me give you one example from their book – ‘I shall cast terror into the hearts of those who are bent on denying the truth; strike, then, their necks, and strike off every one of their finger-tips.’  Qu’ran 8:12   Does that sound like peace?  Prior to 9/11 three things were required for the terrorist to carry out their act in flying the planes into the Twin Towers in New York.  Al Qaeda needed a ‘safe haven’, ‘state support’, and a ‘lax immigration policy’ which they had.  ISIS is far better served on all three points than Al Qaeda was Pre-9/11 and to say they are not a threat is to be naïve at best.  Are they a threat?  They say they are and have cells in Mexico if not in the United States and there are thousands if not millions in our own land that cheer their activities. 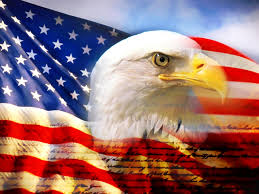 America if we do not wake up and stop trying to put lipstick on pigs and call them Debutantes we are going to pay a very high price for our willing blindness, faux tolerance, and political correctness.  It is time to identify terror for what it is and stop calling evil good and good evil.  Today I remember the horrific act of evil committed against America and Americans on 9/11 and my heart goes out to the families of the victims and I salute all the first responders who survived and did a spectacular job.  I also pay homage to the men and women in the military for the outstanding job they have done even in the face of an administration that hamstrings them on every turn.  God bless our troops!

God help us wake up, stand up, and speak up.  God bless America!