When president elect Barack Obama announced to his followers and the world that we were just a few days away from the ‘fundamental transformation of America’ many of us heard those words with great trepidation.  Some danced in the streets over what they believed would be the radicalization of America to the point that fundamental conservative values would be eradicated and the golden goose providing their all would be ushered in.  I personally felt a twinge in my spirit that the desire was not ‘transformation’ it was ‘destruction’ of America that was the objective.  I believe that the events of the last six years prove that concern correct. 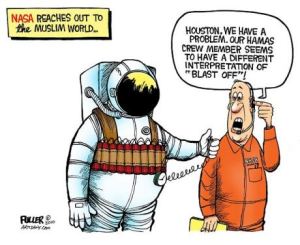 Shortly after taking office Mr. Obama instructed NASA to take steps to make the Muslim nations and people feel better about themselves.  I thought what has NASA to do with the Muslim world unless it is the connection to ‘Moon Worship’ which Mr. Obama would be fully aware of.  I still do not know the full reasoning behind this directive but it is one of many that we have observed.

Mr. Obama went on what has been labeled the ‘apology tour’ to the Muslim world and much of the world diminishing our heritage and lamenting as to the inherent evilness of America from its founding.  Oh, I know he did not say all that in exact words but the message was there and that is exactly how it was received by those who hate America.  They felt they had a friend in the White House that would facilitate their desired objective of taking down America as a world superpower and it appears they were right on the friend part.

With the forcing of things like the Stimulus that George W. Bush was duped into being a part of and the Affordable Health Care Act (Obama-care) telling Republicans elections have consequences and refusing to allow them in the room to discuss the plans or details we began to see the pattern of dismantling of our economy, national security, and constitutional liberties.  Mr. Obama promised to have the ‘most transparent’ administration in history and unless you call ‘deception, lies, deviousness, and ideological destruction’ transparency his has been anything but transparent.  He has filled his administration with Czars that have cabinet level authority and access without having to go through Senate confirmation.  He has filled his cabinet positions with people who have a questionable history at best including Muslims who have clear connections to terrorist organizations and jihadist. 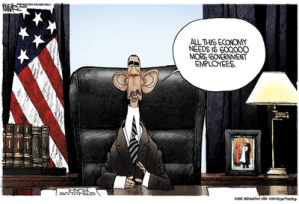 Since Mr. Obama’s first inauguration we have seen about 12 Million Americans leave the workforce with fewer Americans working than in April of 2000 and the population has expanded by over 30 Million.  Those not participating in the work force have continued to escalate, government has expanded and somehow magically the unemployment rate has dropped using calculations that do not count those out of work and not retired or disabled.  If all were counted the rate would be nearer 15% than 6% as is being reported. The food stamp rolls have increased, welfare escalated, disability expanded.

We have the IRS targeting those of differing political values than this administration, Benghazi, NSA spying on citizens, refusal to identify acts of terror as such calling them ‘workplace violence’ or some other term and insisting that we cater to the Islamic world while showing no compassion or consideration for the Christian faith or our friends in the nation of Israel.  The EPA has been and is being used to so regulate and stifle private citizens and business that we are rapidly moving to a world in which it is illegal to breathe without a government permit.  (Overstatement acknowledged or is it?)  We have a justice department that has demonstrated an incredible racial bias in the prosecution of lack thereof of criminal cases including voter intimidation by the New Black Panthers.

This president called ISIS or ISIL the JV and not a problem.  He declared that Ebola would not come to America and both have been proven wrong.  He has eliminated our border with his directives to ICE, Border Patrol, and other law enforcement agencies which has created a National Security situation that should send chills down the spine of every America.  We are in grave danger as a nation not of being ‘fundamentally transformed’ but ‘completely destroyed from within.’ 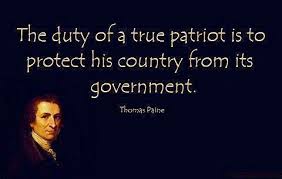 Now, the left wants us to accept Hillary Rodham Clinton as the next president a woman who is possibly more of an Alinskyite than Mr. Obama.  Sorry, ‘What difference does it make now?” is not the person I want as president and the person who would complete the ultimate destruction of our Constitutional Republic.  I CANNOT ACCEPT THAT WITHOUT A FIGHT!  Some of my friends chide me for speaking out politically as a Christian but I ask, “If I see danger and destruction and fail to warn of it is that not sin?”   The Bible clearly says that a person that knows to do well and does not do it has sinned.

So I plead with you to REMEMBER NOVEMBER and be involved in the attempted preservation or restoration of America as a Constitutional Republic.  Much is at stake and silence is not golden it is surrender in this case.