For seven years I have watched the systematic and consistent assault on the United States Constitution by this president and his followers and it has disturbed and angered me.  In the very beginning of his reign (his apparent thoughts regarding his term in office) he and his wife have trashed America, talked down American Excellence and consistently apologized for what they apparently view an evil empire called the United States of America.  That could cause one to believe that he wants to completely destroy this nation but is that his objective?

I believe that he fully believes his rhetoric and narcissistic view of himself that he is the savior of the planet and commissioned by all that is divine to right the perceived wrongs of this nation from its inception.  He is so filled with his distaste for America and most of the West it cannot be hidden.  However, I have come to believe that his objective may not be the TOTAL DESTRUCTION of America but, as he promised, the “fundamental transformation” of her.  The only question is “transformed” into what?

He, like most communist and socialist before they taste the power of rule believe the propaganda of a utopian world in which all is equal and everyone shares and shares alike.  The problem is those in charge do not want to share, do not believe they are required to share and therefore live as royal potentates while their subjects live in abject squalor.  There is no remorse or twinge of conscience over that disparity for they believe that it is through their superior intellect, morality and knowledge of what is right and best they have earned respect and worship of we lesser mortals and it is their divine right to reap the benefits at our expense. 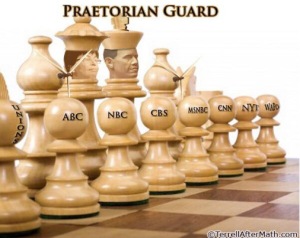 He like most leftist believes that the United States is and has been an arrogant nation needing to be taken down a peg or two and they are diligently working to accomplish that.  They believe ‘redistribution of wealth’ will create equality and provide a certain reparation for the gross evil of those who risked, earned, developed, created and grew businesses and wealth.  In short, they view capitalism as the evil enemy and a target to be destroyed.  They fully believe that government is god and that only government can create wealth, jobs, a stable economy and a utopia and therefore anyone who is conservative or a constitutionalist is a mortal enemy and must be destroyed without remedy.  For them, defeating constitutional conservatism at the polls is not enough the individuals and organizations so identified must be eviscerated, annihilated and completely eradicated from existence or forced into submission.

They see in the demise of the Republic as it was created a new Phoenix rising from the ashes and a New American Utopia established in its stead.  They seem to truly believe that America was founded by evil, selfish, hate filled white men.  The amazing thing is some of them have amassed fortunes from the very system they seek to destroy and are white but still they advance that agenda religiously.  (It is a religion).  They work in conjunction with the A.C.L.U., Moveon.org, and the Center for American Progress, Media Matters and other leftist organizations.  They also join with Islamic groups such as CAIR and seek to use America’s freedoms as weapons against this great nation. 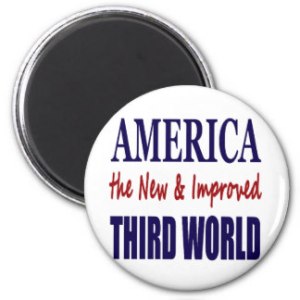 Although I believe that Barack Obama and his followers want to solidify and create a Democrat Party that is so overpowering it is undefeatable I do not believe he cares as much about the party as his legacy and place in history and his ascension to Grand Potentate of the Universe.  Is he that naïve, narcissistic, ideological and delusional?  YES!  Is he destroying America?  YES!  If another Democrat is elected will his agenda be advanced to the point of no return?  YES!

The grand tragedy is that there are millions who do not believe he wants to REMAKE America and millions who agree with his antipathy for America.  If you listen you will hear the voices like Jeremiah Wright ‘condemning’ America and becoming almost giddy when she suffers at the hands of those who want to destroy us.

This next election cycle is about far more than the White House or which party controls Congress it is about the Constitution, the Republic and Freedom.  If we do not evict those who refuse to stand firm constitutionally and elect people with patriotic courage, integrity and dogged determination to see America restored we have lost.  God can deliver us if we fall on our faces repenting and praying.  If we sit on our hands in our ivory towers and continue to declare that Christians cannot be involved we have lost.

America the Land of the Free and the Home of the Brave once a reality is in danger of becoming a memory.  What say you?  Will you stand for America and do what must be done to see her restored? 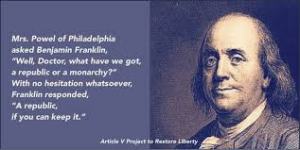