You might ask, “What problem are your speaking of, Roy?”  I am so glad you did.  In my opinion, humble or otherwise, one of the greatest problems in Congress today is legislation.  Let me clarify, it is legislation that is laden with riders, amendments, pork and other things that have absolutely nothing to do with the bill.  It is either destroying or has quite possibly destroyed our legislative process and made it nothing more than political prostitution and turned Congress into a political gestapo fronting for Giant Corporations, Radical Special Interests and Political Ideologies.

This process allows politicians to hide behind a vote at some point and declare, “I voted against or for it.”  It allows legislators to attach an amendment of pork or coercion to a bill that if it stood alone would force them to vote yes or no and allow the public to truly evaluate their stance on issues of concern to us all.  The ability to attach amendments and riders to bills creates and environment through which legislators are allowed to fleece the public, pull the wool over the eyes of the unobservant and Cover their Political Backsides.  It allows them to reap the benefits of money and power during and after their political careers.  It allows them to advance political ideologies that are not always good for America but satisfy a special interest group that is vocal, powerful and contributes heavily to their campaigns. 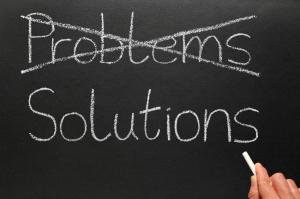 Let me advance a solution that will never happen UNLESS or UNTIL we retake our government from the political elitist running Washington.  It is not a new theory but one I believe would benefit America greatly.   I would like to see STAND ALONE LEGISLATION as the rule and law for Congress.  If a bill cannot pass on its own merit then let it die.  If politicians choose to vote in a purely partisan manner on issues that are of significant importance to the American public then let them do so.  If the American voter then opts to return those individuals to Washington they do so knowingly not through deception.

I would like to see bills free of all amendments and riders.  I had a politician tell me, “But you just don’t know how DC works and we do not have enough time to debate every issue that would be required.”  My response was, “You are probably right, I do not know how things work in DC but I know how they should.  I also know that if you spent less time dancing, engaging in CYA and focused on the matter at hand, many of the bills would require little debate and an Up or Down vote would be relatively simple.  Then each legislator would be on record as to how they voted and the voting records of politicians would be useful in determining who we would vote for in subsequent elections.”  He did not like my observation.

The sad reality is that most bills that reach the desk of the President are so filled with pork and extraneous items they have little to do with the original intent.  They are tools of deception and it seems a haven for politicians to frolic and hide.  They become spin machine tools and provide ability to pad the resume falsely furthering the deception of the public and the destruction of this nation.

I asked my Congressman if he would support this and he said, “In principle but we do not operate in principle.”  He would not elaborate and to me that was a clear answer that he was saying, “NO.”  It would remove a powerful political tool from their arsenal and would make them too visible.  I have had numerous people argue against this saying, “But this allows the legislators to add some really good stuff to bad bills that are sure to pass anyway.”  If I accepted that philosophy I could accept the genocide of some if in that occurrence we got some good things along with it.  I cannot, do not and will not accept that philosophy.  I would prefer to see legislation that I support die for lack of support by legislators than to see a few things I want wrapped in a host of things I do not and are not good for this nation.

I desire accountability in politics as in all areas of life, mine included.  I believe that we would be far better served as a nation and have a real possibility of cleaning up and changing Washington if we actually had STAND ALONE LEGISLATION and disallowed adding amendments and riders that have ZERO to do with the legislation in question.  Again, this is my opinion and I have received ABSOLUTELY NO support from any legislator I have spoken to about this.