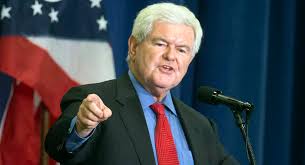 What I am referring to is one of the lies that Hillary uttered during the debate about the “Worst Recession since the 1930’s” and blaming it on the Republicans and Tax Reductions.  The Democrats are using ‘smoke and mirrors’ to cook the books, skew statistics, and present outright fabrications to suggest that what happened was failed tax policies of conservatives or Republicans.  She suggested that it was the astute political and economic savvy of her husband William Jefferson Clinton otherwise known as Slick Willy that gave us a wonderful world only to see it destroyed by the policies of George W. Bush and the dastardly Republicans.  Where is Newt when you need him?

Had it not been for Newt Gingrich and the Republican Congress Bill Clinton’s administration would have buried us in a financial morass.  With the help of the Republicans, spearheaded by Newt, they worked a balanced budget deal that gave some stability and produced a surplus.  Do I give any credit to Bill Clinton?  Yes, in that he had sense enough to listen to the Republicans on some issues and was politician enough that he adapted to his environment and changed directions, at least a little.  That is not in the DNA of Barack Obama or Hillary Clinton nor is it in the leftist wing of the Democrat Party.  The Tax and Spend Liberals know no other song but, “Spend, Spend, Spend, and Tax, Tax, Tax.”  In their leftist socialist view, it all belongs to the government and we should be grateful for what little they let us keep and never mention their failures.  How dare we, the lowly peons question the mighty?

The Recession of 2008 was not, as Hillary said, “…in large part caused because of the tax policies of the Bush administration…”  NO, it was largely because of the masterpiece of destruction that her husband William Jefferson Clinton and the Democrats devised and some Republicans bought into and complied namely the affordable housing legislation.  The Community Reinvestment Act and the legislation that forced banks to make risky and inadvisable loans to low-income families who could not afford the loans.  This was touted as helping them achieve the America Dream and claim the RIGHT to owning a home.  First, there is no RIGHT to own a home that is not a constitutional guarantee it is an objective that many strive for but it is not a RIGHT.  Second, when the Clinton administration assumed power the homeownership rate was lower than when Richard Nixon was president. The Clinton’s wanted to change that but failed to take note of key factors in why home ownership had declined.  In their leftist view, it had to be because of the systematic racism and unfairness of lending institutions, therefore they had to change that and make loans available to virtually everyone regardless of ability to repay.  A really wise business practice, right?

The Clinton’s failed to consider the reality that the decline in two-parent families had dramatically increased, especially in black households.  I am not attacking blacks when I say that but citing a fact.  The push, that always seems to work, was to label the cause racism, and when politicians hear that charge they hide and consent to virtually whatever is being asked.  The took a 1991 Federal Reserve Study that reported that 61% of blacks and 77% of whites had their loans approved.  The only possible explanation, for them, was racism!  In 1995 the Clinton administration further strengthened the disastrous Jimmy Carter “Community Reinvestment Act” (CRA).  Rather than encouraging financial institutions to find ways to alleviate community credit issues the Clinton plan DEMANDED they do so and thus we had the subprime lending bubble created.  That is a short explanation of a complicated issue.  But suffice it to say, the situation created by the Clinton administration in the housing sector was a major factor in the RECESSION of 2008, not TAX REDUCTIONS.

ACORN “Association of Community Organizations for Reform Now” an activist leftist group took the reins and undertook to embarrass any lending institution not falling into line and making risky and disastrous loans.  But, even more, diabolical is the fact that the Clintons and the Democrats knew the danger in what they were doing but saw political advantage.  In June 2005, Barney Frank, seeking to shame those concerned about the housing bubble, said on the House floor, “You are not going to see the collapse that you see when people talk about a bubble.  So those on our committee, in particular, are going to push for homeownership.”  Sounds noble right?  Well, they pushed as did the Clinton administration and produced an untenable economic situation that did not collapse UNTIL Bill left office and George W. Bush inherited the disaster.  Perfect!  Now Hillary can claim that it was Bush’s fault and Lowering Taxes was to blame rather than being held accountable for failed leftist policies engineered under her husband’s watch.

NOW, she wants to take the reins of America’s economy and the bubble or crash that is about to happen due to the failed economic policies of Barack Obama will only be exacerbated if she becomes President.  You can only spend so much of other people’s money before there is no more money.  Insanity is defined as doing the same thing over and over expecting a different result.  Failed liberal policies, the disaster caused by raising taxes and increased spending will never produce a positive result.  AMERICA WAKE UP!

God help us if we allow Hillary Clinton to become President of the United States of America.  God bless you and God bless America!