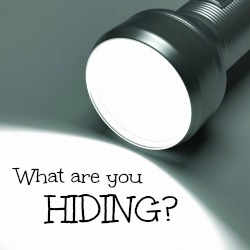 I have hesitated for days to actually post these thoughts because I know they may be misunderstood or considered unforgivably offensive to some.  Yes, I am talking about the recent attacks on Donald Trump and the Republicans who are distancing themselves from him claiming the moral high ground.  I personally am having difficulty not viewing their actions and words as sanctimonious and wonder what is the motivation behind their actions.  Why this? Why now?

Congresswoman Kay Granger from Fort Worth said that the video of Donald Trump recently to surface was so offensive to women that she could only call for him to remove himself from the presidential race.  I carefully weighed her words and actions and wondered how she could find Donald Trump’s words more offensive than Hillary Clinton’s lies to Congress, the FBI, and the American people regarding Benghazi, her emails, Bill Clinton’s sexual escapades and Hillary’s attack on his accusers, and much more.  I wondered how Hillary Clinton’s position on partial birth abortions did not offend Ms. Granger’s moral sensibilities.  I wondered how the ongoing revelation of the dirty tricks of the Clinton camp and the Democrat Establishment to stack the deck on Bernie Sanders and the collusion with some of the debate moderators was not offensive.  I thought, Ms. Granger if you are so fragile that you would take the stance that the country was less important than some appearance of your moral stance message why don’t you resign from Congress and get out of the dirty business of politics.

NO, the language of Donald Trump is not defensible and I have never nor never will attempt to do so.  However, that is not the biggest issue in this election.  America is the biggest prize on the table.  How could anyone even remotely consider taking actions that would facilitate the ascension of Hillary Clinton to the White House and the presidency?  The stance of Congresswoman Granger, Congressman Paul Ryan, the Bushes, and countless other Republicans many declaring they will vote NO on Donald Trump or vote YES on Hillary Clinton smacks with Sanctimony for it places personal preference, egos, and grudges over the nation.  You may totally disagree and that is your God-given and Constitutional Right to do so.  But, please do not tell me that it is the only moral position you can take and somehow paint the Clinton’s as moral.  That would be offensive!  The Clinton’s are, in my opinion, beyond amoral and are immoral, unethical, diabolical, and dangerous to America and Americans.  Therefore, it is impossible for me to view any Republican who claims to be a Constitutionalist and/or conservative as taking a moral and principled stance to prevent Donald Trump from winning the election as justifiable.  There are no MORAL CANDIDATES in this presidential election and either Donald Trump or Hillary Clinton will be the next president.  That leads to the question, “Is, it moral and principled to turn the republic over to a person who espouses views that are anathema to our Constitution and Founding Father’s America?”

I keep wondering, why there is so much hate toward Donald Trump that is not equally shared by Hillary Clinton by many Republicans?  What is it about a Donald Trump Presidency that makes Hillary Clinton palatable or desirable?  Why was there not a moral outrage by those Republicans, Democrats, Media, and Americans when Bill Clinton’s sexual escapades were revealed as there has been with regard to Mr. Trump?  Unfortunately, we heard, “It is his private life and therefore should not be considered.”  We also heard the argument, “Well, it’s only sex and not something significant enough to disqualify him for being president.”  Hillary lies about Benghazi and her emails and there is no outrage, on moral grounds, for her lack of ethical behavior and her character failure in those and other things.  NO, the Clinton’s are exempt, it would seem, and I cannot imagine any Republican truly believing that what Donald Trump said, as offensive as it was, is worse than the Clintons and the prospect of four more years of the destructiveness of the Obama policies.  Therefore, I can only conclude it is more than being Sanctimonious.  There is something the Establishment Politicians are hiding  and are attempting to protect and defend against.

When Republicans demonstrate a willingness to lose one or both Houses of Congress and the White House to keep Mr. Trump from becoming President, I ask why?   Is it their fear of the ‘ole boy system’ being dismantled?   Is it fear of losing the ability to operate in the shadows and build their empires and networks on the backs of the America people while claiming to be fighting for us?  Is it fear of losing control?  Is it fear of losing power?  Is it fear they might actually have to take a definitive stand that would enable the American people to rightly interpret their actions and intentions?  WHAT IS IT?  It is either misguidedly sanctimonious or it is diabolical and either way, America loses.  Republicans and all who love Freedom and the Constitutional Republic if you are willing to allow Hillary Clinton and the Democrats keep the White House and reclaim the Senate and possibly the House, for whatever reason, I fear you have abandoned your commitment to Conservative Principles, the people, and the Constitution.  Let me say it more nicely.  I believe you have overlooked the incredible danger and destructiveness of a Hillary Clinton Presidency!

Regardless of how disturbed I am over some of the things Mr. Trump has said and done, America is more important to me than personality.  Do I trust Donald Trump 100%?  Absolutely Not!  However, he is, in my view, our only option between the two because Hillary Clinton will pack the Supreme Court with liberal activist judges, destroy the economy, wage war on our constitutional rights, eliminate our border, weaken our military, and jeopardize our national security.  That is unacceptable to me on any level.  My moral principles are disturbed over the candidates but America’s survival and future have to take top priority to me.  Therefore, I am not voting for Donald Trump as a MORAL VOTE but a NECESSARY VOTE.

My prayer is that America will cease allowing the media and leftist dictate how we should feel and what we should think.  My prayer is that America will cease allowing the manipulation by the leftist force us into such political correctness we ignore the real prize and objective.  I hope we have not come to the place where it is okay to sexually assault women, lie to the public, endanger national security and do harm to the republic is okay but if you use offensive words you are toast.  I am offended by Mr. Trump’s words and I am offended by the Republicans deserting the Party and I am offended by the Sanctimoniousness in this matter.  Now, I will get down off my soap box and take whatever heat comes to me for my rant.  But, know this, for me it is AMERICA FIRST and PERSONALITY LAST in the presidential election.  As always I stand for FAITH, FAMILY, and FREEDOM!