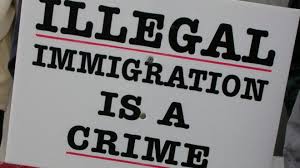 Illegal Immigration is a serious problem in America and will continue to be so UNLESS we take definitive action to secure the border, identify the illegals, and deal with them.  I know, some will chide me and declare that I am being insensitive to the ‘Dreamers’ and those who are not engaging in further criminal activity but are simply here trying to find a better life.  I have empathy for their situation but the matter of America, our National Sovereignty, and National Security must also be part of the discussion.

Donald Trump campaigned on the promise that he would deal with our border security and the millions of illegals currently in the United States.  How is quite another question, but one that must be addressed.  Many, including some of my very conservative friends who insist they believe in the constitution as written, are at odds with Mr. Trump and me on this issue.  They advance the idea of ‘birthright citizenship’ for the children of illegals and I believe that to be a misunderstanding and misinterpretation of the constitution.  If you will give me a chance I will explain my position and then you can agree, disagree, or take it under advisement for further review and consideration.  I am not alone and those opposing my view are not alone, so we disagree.  The central issue is THE CONSTITUTION not any of our opinions.

I have seen reports that Congress has plans to offer legislation that will legalize Barack Obama’s illegal action in allowing DREAMERS to stay.  Dick Durbin, D-IL and Lindsey Graham, R-SC have partnered in this effort to protect the DREAMERS should Donald Trump repeal the Executive Action before Congress takes up the matter.  Senator Durbin has named the bill the BRIDGE ACT.  They are joined by other Senators and the program is designed to create a three-year program to give temporary protection for those eligible for DACA and those who already have DACA status would be grandfathered in when their DACA lapse and could apply for temporary protection.  This is touted as a morally right and humane thing to do.  I disagree!

Although I cannot envision the United States doing a mass round-up of illegals and deporting them in the millions it is an issue that must be dealt with.  To allow illegals to gain legal status without having gone through the process that others have and are not going through is to make shambles of our Immigration System and encourage people to come here illegal, have babies and gain legal status.  That is a recipe for disaster!  I am very interested in being humane, morally right, biblically correct, and constitutionally sound in my response to anyone and everyone legal or illegal. 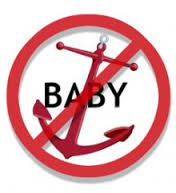 Professor Edward Erler, a professor at California State University and a Claremont Institute senior fellow has expounded on this issue in a powerful manner and he disagrees with Senators Durbin and Graham and those who have adopted ‘birthright citizenship’ as a constitutional right of the children of illegals born on American soil.  Professor Erler, right stated that “Congress has the authority under Section Five of the Fourth Amendment, to define the jurisdiction of the United States.  Congress has, in my view, exercised that power on numerous occasions including the Illegal Immigration Reform and Immigrant Responsibility Act of 1996.”  Senator Howard Jacob, the author of the citizenship clause of the Fourteenth Amendment spoke about this and his definition should be considered carefully.

He said, “Every person born within the limits of the United States, and subject to their jurisdiction, [meaning the states – their jurisdiction] is, by virtue of natural law and national law, a citizen of the United States.  This will not, of course, include persons born in the United States who are foreigners, aliens, who belong to the families of ambassadors or foreign ministers accredited to the government of the United States, but will include every other class of persons.  It settles the great question of citizenship and removes all doubt as to what persons are or are not citizens of the United States.  This has long been a great issue in the jurisprudence and legislation of this country.”  Did you catch that?  IT DOES NOT INCLUDE, foreigners, aliens, or those whose who belong to families of ambassadors or foreign ministers!  IT DOES NOT INCLUDE!  I don’t know how that could be any clearer regarding the children of illegals born on American soil.  Their parents are not citizens and are under the jurisdiction of the country of their origin and their children are to be classified the same as the parents!

The Civil Rights Acts of 1866 defined citizens of the United States as ‘all persons born in the United States and not subject to any foreign power, excluding Indians not taxed.’  NOT SUBJECT TO ANY FOREIGN POWER!  Thomas Jefferson said, “Aliens are the subjects of a foreign power.”  Senator Trumbull stated during the drafting of the national birthright law that the goal of the legislation was to “make citizens of everyone born in the United States who owe allegiance to the United States.”  He went on to say, “if the negro or white man belonged to a foreign Government he would not be a citizen.”  On March 1, 1866, the Chairman of the House Judiciary Committee, James F. Wilson of Iowa declared, “We must depend on the general law relating to subjects and citizens recognized by all nations for a definition, and that must lead us to the conclusion that every person born in the United States is a natural-born citizen of such States, except that of children born on our soil to temporary sojourners or representatives of foreign Governments.”  John Bingham, a Framer of the 14th Amendment stated, as is recorded in Sec. 1992 of the U.S. Revised Statutes that this meant, “every human being born within the jurisdiction of the United States of parents not owing allegiance to any foreign sovereignty is, in the language of your Constitution itself, a natural-born citizen.” Senators Howard and Trumbull both staunchly demanded that the provision was, “all persons born in the United States, and subject to the jurisdiction thereof, are citizens.”  That, in their words and view meant that the central issue was SUBJECT TO THE COMPLETE JURISDICTION THEREOF.  What does that mean?  They do not owe allegiance to anybody else or any other country.  ILLEGALS owe allegiance to the country of their origin!  Sen. Trumbull further restates the goal of the language: “It is only those persons who come completely within our jurisdiction, who are subject to our laws, that we think of making citizens…”  I would ask that you note that Senator Trumbull does not say temporarily within our jurisdiction, but “completely within our jurisdiction”.

We do not recognize double allegiance for by our laws a citizen is required and bound to be ‘true and faithful’ alone to the government of the United States.  To argue that ‘subject to the jurisdiction thereof’ somehow affirms the feudal common law doctrine of birth citizenship to aliens would be to embrace the idea of ‘double allegiance’ between separate nations!  Aaron Sargent, a Representative from California argued during the debates regarding the Naturalization Act of 1870 that the Fourteenth Amendment’s citizenship clause WAS NOT a de-facto right for aliens to obtain citizenship.  That was not disputed then and should not be now.

If we allow Congress to act in such a manner as to completely shred our Immigration Laws, we will effectively destroy our borders and damage our National Security and National Sovereignty.  I pray their plans fail and Mr. Trump takes definitive action to correct our illegal immigration problem.