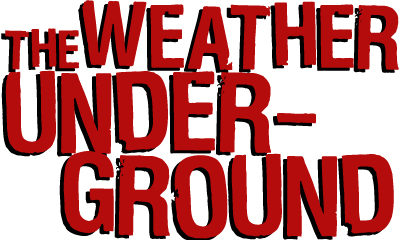 The likes of the Weathermen or as they were later called Weather Underground Organization.  This was an extreme left wing organization that carried out bombings, jailbreaks, and organized riots in the late 60’s and beyond.  There was also the Students for a Democratic Society (SDS).  They included people such as Bernardine Dohrn, Eleanor Raskin, Dianne Donghi, Peter Clapp, David Millstone, and Diana Oughton.  They collaborated with the communist regimes of North Vietnam, Cuba, and others trying to subvert and attempted to overthrow the U.S. Government.  Others that were involved were Bill Ayers and other prominent names from the past.  Some of those are now occupying bureaucratic positions and serving as college professors teaching the youth of today slanting them toward their liberal, leftist, anarchist point of view.  They engaged in riots, looting, and destruction as well as arming the New Black Panthers for war against the government and against whites.  They murdered police and gunned down citizens in acts of terror and tragically, at times, escaping the long arm of the law and supported by Leftist Politicians.

If any of that sounds familiar as you view what has been happening with the Black Lives Matter riots and the various protests since the November election, the root is the same.  Many of the figures behind the organization of these activities are none other than people like Bill Ayers, George Soros, and other leftist activist HATERS of AMERICA.  The hate is multi-generational and it is rooted in a Communist, Marxist, manifesto that desires to destroy our system of government and destroy capitalism arguing that things are ‘not fair’ and we need to ‘level the playing field’.  Sadly, the playing field they want to level would then be slanted to their advantage, and many of those pulling the strings are becoming incredibly wealthy and powerful using the pawns of their destruction the protesters who are often ill-informed or uninformed.  They prey on emotions, fan the flames of hate, seek to divide the nation, and find destroying property, hampering the normal commerce of America, and even violently attacking detractors both acceptable and desirable.  The forces behind these protests consider this WAR, even if those marching and committing the acts of violence and felonious acts do not. 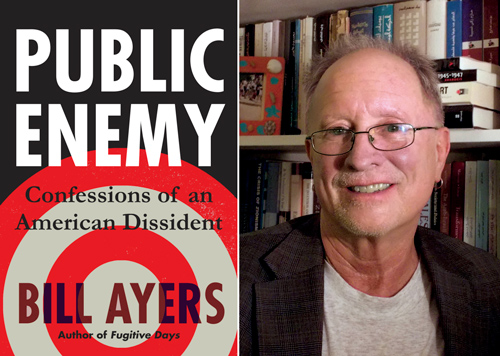 I think of the infamous Yogi Berra and say, “It’s like Deja-vu, all over again.”  With the Republicans controlling both Houses of Congress and occupying the Oval Office the Leftist are once again ramping up the chaos and destruction.  It is Deja-vu and a very distasteful blast from the past. We ignore it or attempt to compromise with it to our hurt.  We must expose it for what it is and refuse to be bullied by the tactics.  We must insist that when laws are broken the lawbreakers are prosecuted and held accountable.  We must not allow the MSM, the Leftist Democrats, and weak-willed Republicans force us down the road to destruction and abandonment of our Core Principles found in the Constitution and Bible.

The vitriol of the Leftist is not only distasteful it is dangerous.  You can only push people so far before they push back and often the pushback is more severe than the initial push.  We are on the brink of Civil War in America.  The past 8 years have so damaged our Republic that it may take a very long time to recover if we can.  The misrepresentation of Obamacare by the Democrats has entrenched itself in the minds of the ill-informed and those reacting out of fear and hate.  Obamacare has not done what it was reportedly going to do.  However, I believe that it has largely accomplished what it was designed to do.  In my view, it was designed to collapse the entire healthcare industry or health insurance industry and create such havoc and chaos through denied or delayed care and escalate the cost to the point that the public was willing to accept “Universal Health Care” or a “Single-Payer System” where the government pays for healthcare and makes the healthcare decisions for the citizens.  Government paying for anything is a misnomer for if the government pays for it, WE PAY FOR IT. 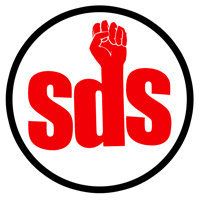 The Leftist, even before Mr. Trump was inaugurated, were raising money to have him impeached, some have called for his assignation, and the Democrats are taking positions to oppose and obstruct everything that President Trump and the Republicans attempt.  Hopefully, the Republicans will develop a spine and have a willingness to STAND THEIR GROUND and fight for America.  If they do, we can see many of the destructive policies of Barack Obama reversed.  We can witness the nation begin the process of healing.  I believe that if we enforce the law and when protests become riots people are arrested and we truly communicate what is happening most Americans will stand for what is right and resist the false narrative.  If we allow those seeking to bully America to go unscathed we will embolden and encourage them losing our Republic. Are we willing to allow the Terrorism of the 60’s become acceptable today?  The answer to that will determine the future of America.