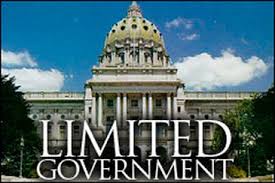 I had someone say to me, “Roy, it is hard to classify what you are politically.  Sometimes, I think you are Republican, sometimes Independent, and sometimes Libertarian but never a liberal.”  I understand that because I sometimes do not know what to call myself other than a Constitutional American who is conservative on most issues and a strong supporter of LIMITED GOVERNMENT.   I am not an interventionist nor an isolationist. On virtually every issue other than National Security, I lean toward a position that I would identify as “Self-Government” which by my definition is Local Government.  There are many instances that I believe the federal and state government should STAY OUT and let the local community determine its policies.  Obviously, that does not apply to murder, rape, and many other crimes but there are numerous other issues that, in my view, the Feds and State should STAY OUT.  I am not promoting every community becoming a law unto themselves and not have uniform laws and enforcement throughout the United States.  The result would likely be anarchy and such chaos that when you crossed county lines or city limits you would virtually find yourself in a foreign land legally.  That is not tenable.

How did we arrive at the idea that Healthcare or Health Insurance was an inalienable constitutional right?  How did we determine that it was incumbent on government to provide healthcare for everyone?  How did we come to the position that one of the cornerstones of any governmental involvement in healthcare was coverage of pre-existing conditions?  Let me deal with that briefly and you may agree or disagree but please hear me out before you kick me to the curb and rail against me.  Do we also think that insurance companies should be forced to write a policy to cover our homes AFTER THE FACT?  Is it reasonable to expect an insurance company to write a policy to cover a home after fire, flood or tornado has ravaged it?  Few would think that reasonable and most would understand that an insurance company could not survive financially if that were the case and many, if not most, would simply not carry insurance UNTIL disaster struck then buy a policy and presto you get a new house.  Likewise, we do not expect automobile insurance companies to insure vehicle AFTER an accident.  If that were the case who would carry insurance?  WHY WOULD YOU?  You don’t need it until you need it so why pay the monthly, quarterly, or annual premiums UNTIL you have a need?  That also holds true for health insurance, if we are reasonable.

There is a caveat where I do believe there should be a governmental edict, regulation, ruling, or law that allows true portability of health insurance.  It is not reasonable to ask insurance companies to write a policy for a pre-existing condition where a person failed to buy insurance at the same premium as the healthy.  If a person has insurance through their employer and they lose their job, that insurance should be truly portable meaning that the premium payment transitioned from the employer to the individual.  If that person was being treated for a condition they would continue to be treated under the same insurance policy and the insurance company could not kick them out so long as the premiums were paid.  I support a governmental regulation that prevents insurance companies from taking advantage of a person battling a health condition simply because they lost their job.  The regulation would be that the insurance becomes truly portable and the coverage continues uninterrupted, the premium payer changes and that is the only change.

If a person contracts a catastrophic medical condition without insurance that should be a matter for charity, churches, family, and the medical community to show benevolence rather than government mandating that the insurance companies take them on.  What happens when there is an edict that insurance companies must provide coverage for pre-existing conditions many areas of coverage are forced on people.  Many have to pay for things they would otherwise never purchase.  One prime example would be ‘maternity care’ for males.  I did not say, families, I said MEN.  We do not need it.  There are many other examples but that is one glaring example.

I personally do not want government in my bedroom, bathroom, or doctor’s office.  If a local community is foolish enough to decide that it is acceptable to allow a male, who calls himself a female, to occupy the same bathroom as women and young girls, so be it.  I hate their decision, but if that is the consensus of the community that is their issue.  The federal government nor the state government should mandate decisions such as that.  I do not want the federal government mandating that private citizens or businesses violate their religious convictions and virtually destroying their business if they stand on their constitutional rights of Freedom of Religion.

I want LIMITED GOVERNMENT, not NO GOVERNMENT.  I want the Constitution followed explicitly as written and if we disagree with the original intent, as a nation, we have a process to alter that document.  It is the Amendment Process and should never be by some activist jurist legislating from the bench.  If a Judge disagrees with the Constitution, it does not free him or her to change the wording of that document to fit his particular preference or ideology.  That renders the Constitution meaningless.  It is not a Living Document but a Guiding Document and that fact have helped to preserve the Republic for over 240 years.

We need to use reason and logic not a misguided idea of what is compassionate and thus make compassion or empathy the guide.  They should guide our personal actions and if we see someone in need it is our privilege, if not responsibility, to offer a hand up and at times a handout.  It is not the privilege, responsibility, or right of the government to take taxpayer money for benevolence.  Charity is the responsibility of those organizations set up to address those needs.  It is the duty of churches, families, and communities to address those types of needs.  If we return to that principle rather than demanding that government DO IT FOR US, we will solve many of the problems of this nation.  We will restore personal responsibility and accountability, without which no nation can long survive.