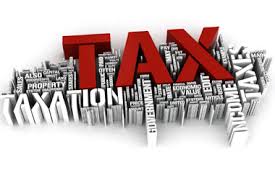 Jesus said, “Jerusalem, Jerusalem, who kills the prophets and stones those who are sent to her!  How often I wanted to gather your children together, the way a hen gathers her chicks under her wings, and you were unwilling.  Behold your house is being left to you desolate!”  (Matthew 23:37-38).  I almost feel the same way regarding America, politicians, pundits, and the proponents of Tax and Spend and Spend and Tax that prevails in Washington.  Resisting reality, ignoring the truth, and living on lies and engaging in continued denial will result in America being abandoned by sound economics and leave us desolate.

I wish political lies would die soon after they are presented and assuredly after they have been debunked and exposed, but they do not.  I will not attempt to explain why and I probably could not, at least not sufficiently or exhaustively.  What I do want to address, the issue of the Liberal Leftist Democrat and RINO lie of “tax cuts for the rich.”  Every time we move toward actual ‘tax cuts’ that cry is the immediate sound that comes from the shadows of the Left, echoed by the Media, and embraced by the gullible and haters of anyone with anything they do not have.

How can this lie survive when it has been refuted by facts dating as far back as the 1920’s and as one writer said this mantra could and probably should be called “tax lies for the gullible.”  How many have heard and maybe bought into the distortion and fabrication that the Regan Tax Cuts were “tax cuts for the rich” and led to massive federal government deficits.  They hated and hate “supply side economics” which normally leads to higher federal revenue via the pathway of lower tax rates.  Why would they hate that?  Because it would strip them of the weapon of class envy and they fear losing power and know that fear enslaves people.  The facts, check it out for yourself, are that every year of Reagan’s term of office the revenues collected by the federal government were higher than income taxes during any previous years.  HOW CAN THAT BE?  After all the Left tell us that if you cut taxes the deficit increases and any tax cut must be PAID FOR by some other means.  NO, a true tax rate reduction results in increased revenue and every American should applaud that happening.  It helps individuals at all levels of the economic spectrum, businesses small and large, and provides more funds to the federal government to waste.

In the annual Economic Report of the President, we find the history of federal revenues and expenditures over several decades.  That is just one place you can find the truth if you are inclined to look for and are able to receive it.  It may leave a bitter taste in your mouth and not be the normal liberal Kool-Aid you are accustomed to but if you can take it, the Truth will, open your Eyes and liberate you.  Ronald Reagan’s Tax Cuts resulted in higher federal income tax revenue. That happened under President Coolidge as well. But let’s not stop there and we will discover that under Presidents Kennedy and George W. Bush revenue increased as tax rates were reduced.

I find it most interesting and believe it is rooted in jealousy and envy rather than reality to argue that the Rich are not “paying their fair share.”  They pay more and even more proportionally than most especially the 47% who pay nothing.  When people are allowed to use more of their money, especially the rich, they invest more and thereby earn more which results in paying more in taxes.  No, it is not as simple as that but that points to the reality that the lie is based on fabrication and falsehood as well as envy and jealousy.  The rich not only paid higher total taxes after the ‘tax cuts’ were enacted and they also paid a higher percentage of all taxes.  So much for a ‘tax cut for the rich’ as a justification for keeping the monstrosity of the Internal Revenue Service which is a Gestapo-like weapon of the leftist.  Imagine the disdain of the Left when the New York Times issued a front-page story on July 9, 2006, reporting “An unexpectedly steep rise in tax revenues from corporations and the wealthy is driving down the projected budget deficit this year.”  BURN THE PRESSES that cannot be allowed to be reported, at least not in the minds of the liberal leftist Democrats and RINO Republicans.  You must keep the lie alive in order to keep people in the dark, enslaved, and fan the flames of CLASS ENVY.

I personally am convinced that if we had a flat tax of 10% with no deductions the tax revenue would increase dramatically.  I know many on all sides will gnarl at that proposition because, to some, deductions are more important than the tax rate and tax amount owed.  I have faith in the American people and believe that historically we have proven to be a very charitable people meaning that a no deduction tax rate of 10% would not hamper charitable contributions but would very possibly increase them because people would have more disposable income from which to give.  Please stop demanding that a Tax Rate Reduction is only good for the rich and that if we reduce the tax rate we must PAY FOR THAT CUT and thereby hurt the people on the lower end of the spectrum.  It has and will produce MORE REVENUE, not LESS and you pay for a Tax Cut with a Tax Cut.  It pays for itself!  The data supports that argument and I urge you to consider the prospects of having more dollars in your pocket each payday and each year at tax filing time.  I believe that if you ever see it you will DEMAND IT.