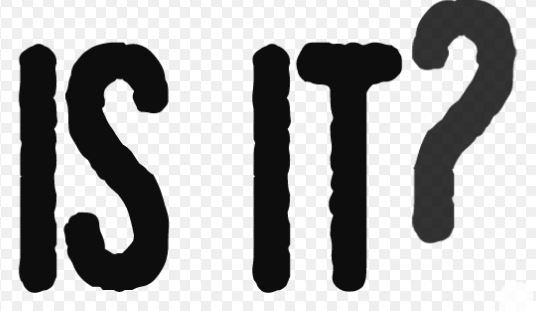 The Left has long called for, sought after, and contended for Universal Single-Payer Healthcare and there are those on the Right who are now insisting it is inevitable and even desirable.  THEY ARE WRONG!  I am not saying that Congress may not, at some point in time, force that bitter pill down our throats but that is not the desire of most Americans, would not be good for America or our Economy and would effectively destroy our Healthcare Industry hurting millions.

Charles Krauthammer has stated publicly that “Universal Single-Payer” is our eventual condition.  I pray he is wrong!  Ben Stein told Neil Cavuto that it is inevitable and that at the end of the day it is where we will be.  He said that the taxpayers are going to be forced to pick up the tab and we might as well face it, embrace it, and move forward.  Seriously?  He expressed that this was not his desire but it was coming whether we like it or not.  I would take no exception to Mr. Stein’s statements had he stopped there, but he didn’t.  Mr. Stein continued offering the Leftist, Liberal, Progressive, RINO rhetoric, diatribe, and spin saying, “It is a basic American right to have decent healthcare.  That is a basic right. We live in a very rich country…and the idea that any parent who sees his child born with a serious defect will think, ‘My God, I might not be able to afford to keep my child alive.’  It is abhorrent to everything it means to be an American.”  I understand the plea for compassion but will continue to argue that healthcare is not a right it is a privilege.  You have the right to seek the best care and coverage you can obtain and afford but to align it with the inalienable rights of the Constitution is going beyond reason.  The situation to which Mr. Stein alluded is not something I would wish on any person.  I am not insensitive to the trauma of that predicament.  I know what it is like to have a child born with a healthcare need and have to choose between the basic necessities of life and his care.  I also know what it is like to have a family member battling a disease deemed incurable by the medical professions.  However, to insist that health care is a right opens the door to a plethora of problems and becomes a Pandora’s Box in which we encounter situations there are no viable or reasonable solutions.

The matter of ‘pre-existing conditions’ is a complex problem but resorting to “Universal Single-Payer” healthcare will not resolve the problems associated therewith.  I am quite sure that advocates on both sides of the issue can cite individuals who either benefited from or lost their battle for life because of “Single-Payer Healthcare”.  The idea that adopting that system would ensure that no American was ever denied care due to a ‘pre-existing condition’ is not valid.  Those systems using that plan in other parts of the world often result in the sickest and weakest of society being pushed to the back of the line for care.  There are frequent delays and even denial of the needed care.  That seems to be a natural outgrowth of the Universal Single-Payer system.  Why would any politician allow that to become a reality?  I would not presume to know the full answer for every politician but I have observed the outworking of politics and see some reasons.  One reason is those groups with the political clout to shift or shape an election or reelection are more likely to get good care and give attention than the seriously ill and weak.  Why?  Because the seriously ill and weak make up a much smaller bloc and thereby have less political clout. They are often too weak or ill to protest and often do not realize that politics is playing a role in their care or the delay or denial thereof.  You may say that I am over-dramatizing but I suggest you do some research and settle the matter in your own heart.  If I am correct in my assertion I ask that you join in opposition to this system.

The last time we were force fed a healthcare bill or pill we saw the rise of the Tea Party and a growing segment of society that began to wake up and stand in opposition to the government’s reach for TOTAL CONTROL.  Additionally, what program can you name where the government is in control that operates with effectiveness and efficiency?  I desire that EVERYONE have decent healthcare. I want EVERYONE to have access to decent health insurance.  However, I also understand that if a person has been negligent and did not purchase coverage while they were well or have coverage before the child was born there must be some personal responsibility borne.  I understand the economics of an Insurance Company and why they charge a higher premium for someone with a ‘pre-existing’ condition and why they have ‘high-risk’ pools of insured.  I do, however, expect them to operate within fiscal reason when setting those rates.  What I would like to see in any Healthcare Bill passed by Congress are Free Market access, competition, and true portability.  TRUE PORTABILITY would mean, in my view, that if you have insurance and develop a health issue but lose your job, your insurance continues at the same rate.  By that, I mean your contribution plus that of your employer.  Your coverage would be uninterrupted so long as you pay the premiums.  Some seem to think that if a person loses their job the rate should be what they were paying for their portion of the premium minus that of the employer.  Who would pay that?  Surely we do not expect the insurance company to pay the employer’s portion of the premium, do we?  That is not reasonable and the continual push for FREE INSURANCE and FREE HEALTHCARE feeds that philosophy.

My wife is battling a medical condition the doctors have diagnosed as incurable.  We do not accept that diagnosis as final authority because we believe that with God all things are possible and nothing is impossible with God.  We do not deny the diagnosis but we do not deem it to be the final authority.  Thankfully we have insurance coverage but if we did not due to an inability to pay or unwillingness to purchase insurance once the diagnosis was rendered we would be in a dire situation.  We would not expect the government to care for her.  Yes, I am speaking from a position of having coverage and you may deem my statement implausible but it is our view.  TRUE PORTABILITY of insurance would guarantee that we would be allowed, providing we could pay the premiums, to continue uninterrupted coverage and care.  That, in my view, is reasonable not allowing the government to determine our care.  I do not trust the government that much to trust them with the life of my wife or myself.

Where there is a catastrophic situation in any family regarding health and it is beyond their ability to afford human compassion comes into play.  I have served in several churches as a pastor and seen families encounter situations beyond their financial ability.  In those cases, we, as a church family, did all we could to alleviate the weight of their burden.  I have seen businesses step forward, seeing our compassion, and join the effort.  There are medical charities available and if you cannot afford the care you can go to the Emergency Room and will not be turned away.  Yes, the taxpayers pick up some of that tab but to argue the only solution or the best solution is Universal Single-Payer Healthcare is flawed, in my view.  Our entire tax system is a problem and we have watched the government FIX IT, so what would make us believe they can FIX healthcare?  We need to move toward personal responsibility and allow competition to enter the mix rather than turning to government to CONTROL another aspect of our lives.