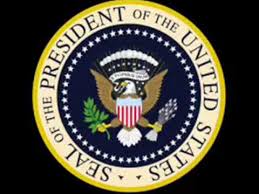 Constitutional Principle Number Two – – The Judiciary Is Not Independent.  Who advanced that idea?  The Judges were the first and foremost in the planting of that understanding in the minds of elected officials and the citizens of the United States of America.  It was a power grab, intentional or unintentional but a power grab and usurpation of Constitutional Power and Authority.  It must be exposed.

John Dickinson, a signer of the Constitution wrote: “What innumerable acts of injustice may be committed, and how fatally may the principles of liberty be sapped, by a succession of judges utterly independent of the people?”  Thomas Jefferson affirmed this view and his words make it plain that the judiciary was never intended to be independent.  Mr. Jefferson wrote to one judge as a reminder of the Constitutional guidelines: “It should be remembered as an axiom of eternal truth in politics that whatever power in any government is independent is absolute also… Independence can be trusted nowhere but with the people in mass.”  The Framers and Founders NEVER intended any of the Three Branches to be Independent of the People but to be amenable to the people.  That was the design and intent of the Framers and Founders that all three branches be always amenable to the people and never be independent of our view or voice.  Impartial but never independent!

Constitutional Principle Number Three – – Judges Do Not Have Lifetime Appointments.  I know, I know we deem and every politician declares that Judges, especially the Supreme Court Justices have LIFETIME APPOINTMENTS.  That is not what the Constitution says and it behooves us to investigate and understand what it actually says and insist that our elected officials also understand and adhere to the Constitution.  Our Framers and Founders were appalled by the British system’s judicial abuse and sought to guard against it.  In that system, the judges were independent of the people and had lifetime appointments.  What our Constitution actually says is “The Judges, both the Supreme and inferior Courts, shall hold their offices during good behavior.”  [Article III, Section 1].  Please note the last part of that sentence, “during good behavior.”  That is not meant to define a Lifetime Appointment.  In fact, the idea was to make it easy to remove a judge that did not behave himself.  If a judge, any judge including the justices of the Supreme Court steps outside his Constitutional authority or demonstrates bad character or bad behavior he/she can and should be removed.

In the early years, everyone seemed to comprehend exactly what this clause meant and why it was there.  U.S. Senator John Ewing Colhoun who served during the presidency of Thomas Jefferson said: “We all fully and at once understand what is “good behavior” in a judge…if he acts contrary, it would be misbehavior, and the Constitution, in that case, has given a remedy by impeachment.”  Today, it is insisted that the only way to remove a judge and engage in judicial impeachment is in the most extreme cases.  Who deemed that to be the policy?  Judges of course.  Our Framers and Founders believed the bar should be set so low that it would be easy to remove a misbehaving judge.  They deemed that necessary to keep the judiciary within their constitutional bounds.  They believed this so strongly they placed six separate clauses in the Constitution directly or indirectly dealing with impeachment.  There is historic precedence for impeaching a federal judge including issuing an order that contradicted an act of Congress; engaging in judicial high-handedness; drunkenness; blasphemy; excluding evidence from a trial, and much more.

Constitutional Principle Number Four – – Judges Do Not Have the Final Word About the Constitutionality of a Law.  James Madison declared: “Nothing has yet been offered to invalidate the doctrine that the meaning of the Constitution may as well be ascertained by the Legislative as by the Judicial authority.”  Thomas Jefferson explained: “Our judges are as honest as other mean and not more so. They have, with others, the same passions for party, for power, and the privilege of their corps.”  Therefore, it was the expressed view of our Framers and Founders that the judiciary was not the final authority on Constitutionality.  They think they are but according to the Constitution and the explanations of our Framers and Founders, THEY ARE NOT!

The Constitution permits “judicial review” but under a strict and limited role.  The Federalist Papers: “There is not a syllable in the plan [the Constitution] which directly empowers the national courts to construe the laws according to the SPIRIT of the Constitution.”  They sought to protect us from broad judicial reviews and sought to keep the judiciary tightly constrained within a narrow view of any particular matter.  Thomas Jefferson eloquently argued against any judge having the final word on a law.  He said: “The opinion which gives to the judges the right to decide what laws are constitutional and what not, not only for themselves in their own sphere of action but for the Legislature and Executive also in their spheres, would make the Judiciary a despotic branch.”  He warned against making the judiciary the “ultimate arbiters” of all constitutional questions.”  James Madison concurred: “Refusing or not refusing to execute a law, to stamp it with its final character…makes the Judiciary department paramount in fact to the Legislature, which was never intended and can never be proper.”  BUT THAT IS WHERE WE ARE TODAY.

What do we do?  What can we do?  My, first course of action is prayer.  However, we must put legs on our prayers and seek to elect officials who will appoint or approve ONLY members of the judiciary who will follow the Constitution in its original intent and never usurp the authority or power of the other Branches of Government.  We need judges who will both understand their clearly defined role and willingly stay within their Constitutionally limited parameters.  Remember this in 2018 and 2020 when you vote.