There are no simple answers but there are some potential solutions and almost none of them coming from the Left in this country.  Sadly, there are virtually no answers coming from the Republicans either, but there are reasons and remedies for some of what happened in Las Vegas, at the Softball Field in Washington, DC and many of the mass shootings that have transpired in these United States of America.  I do not pretend to have the answers and may have none, but let me advance some ideas that I have through years of studying people, my faith, prayer, and what I have pieced together from many other sources.  If any of it resonates with you, wonderful and if not, then you are free to form your own conclusions or continue in a state of perplexity wondering Why and possibly laying blame at the wrong doorstep(s).

What do we know about the Las Vegas shooter?  At the time of this writing, not much other than his name, Steven Paddock and that he has a girlfriend who was out of the country at the time of the rampage, named Marilou Danley.  We know that he murdered almost 60 people and wounded over 500 more.  We know that he had about two dozen weapons in his hotel room and almost that many more in his residence along with thousands of rounds of ammunition and explosives or explosive materials.  We know he had modified the semi-automatic rifles to mimic fully automatic weapons with the “bump stock” and some reports have indicated that one of them might have been modified to full auto.  We know that he had no known criminal record, and reportedly no religious or political affiliation.  We know he was seemingly financially well off and that he was 64 years of age.  That tells us virtually nothing as to why he did this or what might have triggered this action.

It would be impossible to say this was simply an impulsive action or spur of the moment for the intricate details of the apparent planning suggests this was a lengthy developing plan and his target was specifically chosen for any number of reasons.   It also suggests that he was not alone.   It could be he chose this event because of a large number of potential victims.  It could be that he chose this music festival because it was an easy target.  It could be that he chose this event because they attendees were country music fans and as many on the left have suggested were probably largely Republicans and/or Trump supporters.  However, if he had no religious or political motivation that seems unlikely, but cannot be ruled out. 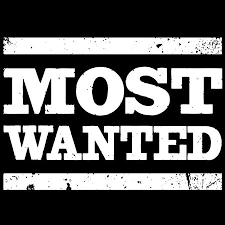 His father was on the FBI’s most wanted list, having escaped from prison in 1969 and lived on the run until 1978 when he was arrested in Oregon. Is that germane?  I don’t know but it is another piece of the puzzle that cannot be summarily dismissed as inconsequential.  Until and if there is a real determination of his MOTIVE nothing can be overlooked, including the claim of ISIS that he was a recent convert and an ISIS Soldier.  The FBI and Law Enforcement determined that was not the case in just 36 hours and have gone a full year without determining the absence of any collusion between Donald Trump and Russia.  But, that is not my point in this.  My objective is to see if there is anything that connects the dots in the mass shootings in America, and much that is going on in our present society.  I believe there is something worthy of note.

Another piece of the puzzle is the fact that just before this event he wired large sums of money to the Philippines and his girlfriend was either in the Philippines or Japan.  How they don’t know for certain is a bit of a mystery but then we are talking about our FBI and considering some of their more recent faux pas I can understand.  Philippine authorities are looking into photos that indicate Mr. Paddock was in that country in 2012 or 2013.  What was his reason for being there?  Has he had any connection with International Terrorist or Subversive Groups?  I know the authorities have ruled that out but can it be ruled out?  Why do I say that?  Simply because ISIS has a very strong presence in the Philippines and they have claimed responsibility for the carnage.

But on to my thoughts on WHY and WHAT we can or should be focusing on.  It is not, as Hillary Clinton, Jimmy Kimmel, and the entire chorus of Leftist – GUNS and the NRA.  That is not the problem.  We can increase background checks and have more stringent gun laws and this man apparently would have been able to walk through all those doors with no problem.  Criminals do not care what the Law is but this man had no apparent criminal record, therefore, would have been able to purchase guns legally.  The NRA had nothing to do with this event and they are probably at the forefront of “gun safety” and “gun training” promotions.  They DO NOT run the Republican Party or Control Politics in this country.  That is a political talking point that is baseless.  We have the inalienable right of self-defense and the Framers and Founders believed the 2nd Amendment MUST NEVER BE INFRINGED UPON.  So, do I.

We can target MENTAL HEALTH and that will not resolve the problem, at least not with the present process and prescriptions being offered.  I suggest that it is a MENTAL ISSUE but not as most think. I believe it is an ATTITUDE PROBLEM that is being promoted, engendered, inspired, and enabled by our multi-generational thrust to make people Victims in our Society and to absolve them of all responsibility.  We have a growing number of people in our present society that take NO RESPONSIBILITY for the actions or how their lives have turned out.  They blame someone or something and are deeply entrenched in a Victim Mentality.  The Democrats and the Leftist are determined to encourage as many as possible to adopt this mentality and tell them to be angry and desire revenge or retribution and if they vote Democrat that party will avenge them.  That is conducive to a total collapse in our society.  We have 20% of college students now expressing their belief that it is acceptable and justified for violence to be committed against anyone not agreeing with their ideological positions and who offend them.

When a person accepts no responsibility, they have no moral bumper to provide a check to their retaliation and since they are not to blame and not responsible for what has happened in their lives they are absolved of any guilt for acting out in violence.  That is what we are seeing in ANTIFA, the riots of BLM, the KKK, and the Aryan Brotherhood and many other groups.  It is not simply white supremacy or black supremacy it is a pervasive attitude that I AM A VICTIM.  It is the attitude that says, “If I can eliminate you (whatever it is that has victimized me) I will be okay.”  This opens the door to such deception and destroys all moral moorings to the point that the only life that matters is their own and often they are willing to throw away that life to satisfy a desire for revenge and retaliation.

The hate that is being promoted today especially by those on the Left is the breeding ground for this mentality and is the root cause of events like Las Vegas.  We can pass all the laws we desire and the problem will not be resolved.  We can increase funding for Mental Health Treatment and the problem will not be resolved.  I saw a tweet from a preacher that said, “Let’s pray that only Trump supporters die.”  Hey, Preacher, you should never step into another pulpit until you have repented before God and the nation.  You are expressing a view that is completely opposite of the Bible that promotes love and forgiveness.  When people on the Left can say as did the former vice president at CBS that the country music attendees were likely Trump supporters and deserved no sympathy for being slaughtered.  She called Republicans “Repugs” short for Repugnant and many others have chimed in to express their belief that if you were at a country music festival you were an ignorant, red-neck, gun-toting conservative that deserved to die.  That is part and parcel to the problem.

If we are going to turn the corner on this type of situation in America it is going to require us as a society to return to a mindset that has been around since the beginning of man, “You are responsible for you and must be accountable for your choices.”  If life hands you a lemon don’t simply suck on the sour fruit, turn it into lemonade and determine that this too is temporary.  If you blame others for your difficulties you will never learn to overcome them and will always be an angry retaliatory person and doom yourself to the plight you blame others for.  I am not saying that if you try harder, work diligently, and refuse to blame others your life will magically be transformed into success.  No one owes you anything and no one is responsible for you – THAT IS YOUR JOB.

We need to stop the insanity in our classrooms, that of the Hollywood Elitist, the political activist, and the politicians and begin anew to teach personal responsibility and accountability.  We need to strive to teach our children that no matter your ethnicity, religious affiliation, political persuasion or socioeconomic status you are the most significant piece of success in life’s puzzle.  We need to teach our kids to dream big dreams and inspire them to strive to achieve those dreams with a spirit of thanksgiving and respect.  We need to teach them to be motivated by what others have but never become envious and covetous to the point that they blame others and hate those who do not look like them or are in the same socioeconomic condition.  We need to teach them the truth of the words of our Declaration of Independence, “We hold these truths to be self-evident, that all men are created equal, that they are endowed by their Creator with certain unalienable Rights, that among these are Life, Liberty, and the pursuit of Happiness…”

We can return to our founding principles and in my view, to God, and although we will not stamp out evil, we will move much further toward reducing the type of carnage that was witnessed in Las Vegas than any Gun Control, Gun Confiscation or any mandates from government about how we are to think, speak, or live.  Only a few decades ago this type of behavior and mentality was extremely rare, but today it is becoming the norm rather than the exception.

lease forgive me for being so lengthy but I felt that I needed to weigh in on this in one setting rather than in a series of posts.  God bless you and God bless America is my prayer and desire!