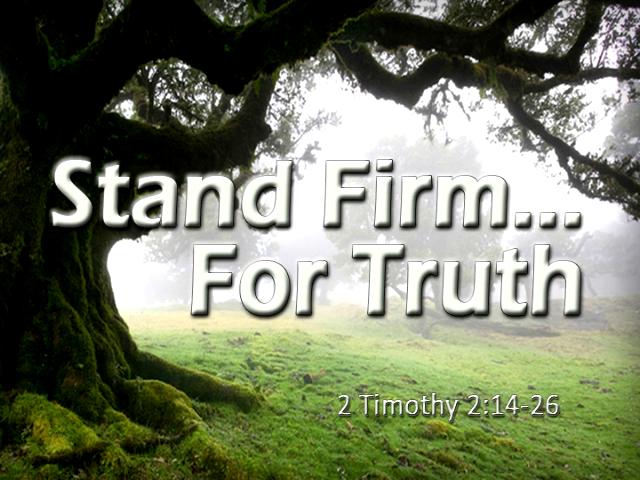 There is little doubt that some will stand with me and some will vehemently oppose what I am about to say.  The question is how many will stand with me and not cave to political correctness?  I hope that I have sufficiently peaked your curiosity and if I were a betting man, I’d say that some have already decided they oppose what I’m going to say without knowing what it is.  That’s the nature of the PC pelican in today’s political America.

Okay, let’s get to my thoughts so you can decide if you stand with me or against me.  I would far rather you were staunchly against me or firmly with me because to me, apathy is intolerable.  When I speak to audiences or congregations I desire that the crowd either be actively supportive or antagonistic.  I can thrive in either situation, but apathy sucks the energy out of me and makes me want to throw up my hands and walk away.  It is not that I like conflict, but I would rather battle conflicting ideas rather than have to carry the emotionally dead to the next level of life.  Trials, struggles, difficulties, and differences of opinion inspire me to dig deeper, study more, pray harder, and reevaluated my attempts at communication.  In those cases, I am looking for what I might have missed or if my position is fallible and needs to be revised and reevaluated.  I believe that we should be “ever learning” and “always growing” in our understanding of life and things around us.  Life, to me, is an incline, and if you try to stop (apathy) you go backward and lose ground.  It is through the continual effort to find the truth that you press toward the mark and have any hope of achieving the prize of life and peace.

I have been attacked frequently on my position regarding Muslims worldwide but especially American Muslims.  I have been charged with being Islamophobic and a hater but if you will give me an opportunity I will explain what I believe regarding ANY RELIGION, manufactured or real.  Any religion that promotes hate and violence is unacceptable and although our American Constitution affords the protection of “Freedom of Religion” it does not afford protection to incite riots, advocated the slaughter of those disagreeing, or other threats to property and person of those outside their sect, brand, or religion.  Some attempt to cite the Old Testament and say that it is the same as Islam in the violence against people not of the biblical faith.  However, if you read the New Testament and the teachings of Jesus for believers you find that it is no longer an “eye for an eye” but FORGIVENESS.  Jesus’ message was Grace and Love, not Hate and Intolerance.  The Bible identifies actions of mankind as unacceptable but that does not mean we are to hate those who engage in those reprehensible actions.  NO, we reject their sin, punish them by law where necessary, but we extend to them, Love.  Some, cannot comprehend that but, in my heart, it is a crystal-clear truth and tenant by which I try to live.

To the Muslims in America, I once again suggest, no insist, that if you want me to recognize your religion and accept the claim that it is a peaceful religion, you must take immediate action.  You must IMMEDIATELY purge from your teachings the “Doctrine of Jihad” or you should take your brand of hate to a country where it is embraced.  Call me whatever you wish, but we cannot tolerate that kind of hatred or the excusing and justifying of it.  If the so-called peaceful moderate Muslims in America are opposed to what the radical elements such as ISIS, al Qaeda, and other groups are advancing then you MUST step to the microphone, stand before the television camera, and insist that your Imam’s openly condemn that activity.  That would mean that you have to modify your so-called holy book, and if your religion truly came from God you dare not do that because your book’s claim is that it is the will of Allah to destroy the infidels in the world.  Therefore, unless you are willing to denounce that diabolical activity engaged in by many Muslims around the globe, you are a roadblock to peace, not a bridge.

We lost almost 3,000 souls on 9/11 and the almost endless acts of Islamic terrorism since then America has seen a growth in the Muslim population.  There have been about 3,000 mosques added since 9/11, with the majority funded by Saudi Arabia.  Many of those mosques are lead by religious leaders who openly embrace jihad and the core teaching of Islam that America is a land of infidels and the infidels are to be annihilated. Can you not see the grave danger posed by that reality?  I must ask, why is the United States importing a population whose religious tenets call for open jihad on non-Muslims?  WHY?  It escalated dramatically under Barack Hussein Obama, who said in one of his books, “If the political winds turn sour I will side with the Muslims.”  The man that became president of the United States and took the oath to “Protect and Defend” the American Constitution.

Over the past 1,400 years, about 270 MILLION have been murdered in the name of Islam.  How’s that for a religion of peace?  That horrific reality was not due to poverty, famine, external oppression, or even crusades but the holiest texts of Islam that MANDATES jihad upon all infidels until all of mankind is under the domination of Allah and followers of Islam.  Nearly 61% of all Quranic doctrine consists of violent verses calling for the slaughter of non-Muslims.  Quran 9:5 – “Slay the idolaters (non-believers) wherever you find them, and take them captive, and besiege them, and prepare them each ambush.”  Quran 1:193 – “Fight them (non-Muslims) until there is no more discord and the religion of Allah reigns absolute.”  Quran 8:12 – “I shall cast terror into the hearts of those who are bent on denying the truth: strike their necks, {O believers,} and strike off every one of their finger-tips!”   RELIGION OF PEACE?

Last year in the town of Davis, California, Imam Ammar Shahin told his fellow Muslims to “kill all Jews”.  He was later forced to apologize but he was expressing a core belief in Islam.  Europe is rapidly becoming an Islamic center with the massive influx of Muslims into those nations and they are paying an incredibly high price both in acts of terrorism and the imposition of Islamic teachings on entire populations.  Hundreds of Muslim Brotherhood groups, an organization closely connected to both Barack H. Obama and Hillary Clinton cry “Islamophobia” to stifle any criticism of Islam and the violent teachings of their religion.  I would like to see President Trump and Congress DEMAND that Muslim Brotherhood Groups such as CAIR (Council for American-Islamic Relations), MPAC (Muslim Public Affairs Council), and ISNA (Islamic Society of North America) purge their literature of ALL JIHAD.  We need to put them under the spotlight and expose what they are and who they are and follow the thread throughout our own government.  America, we are being destroyed from within by those who hate us and are being given a free pass by Congress, the Courts, the MSM, and Liberal Activist.  DO NOT BE FOOLED, we can “tolerate them” but they will never “tolerate us”.

Congress, I suggest that you shift some of your energy of trying to destroy Donald Trump and direct it towards these groups and DEMAND that they immediately purge the doctrine of jihad from all their materials and make public statements decrying Islamic terrorism.  Anything less is to become complicit with their designs to destroy America and the Free World and bring us under the ruling iron fist of ISLAM.   How many will stand with me?