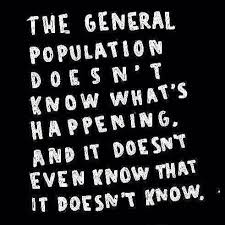 The phrase “dustbin of history” was coined by the Russian revolutionary Leon Trotsky.  He lashed out at his political opponents saying, “You are pitiful, isolated individuals! You are bankrupts. Your role is played out. Go where you belong from now on — into the dustbin of history!”

Is it a coincidence that John Brennan, the man who supported the Soviet-controlled American Communist Party in the 1970s (he has acknowledged that he thought his vote for its presidential candidate Gus Hall threatened his prospects at the CIA; unfortunately, it didn’t), would borrow from Trotsky’s rhetoric in his fulminations against Donald Trump?  Hardly!  His recent tweet that came shortly after the firing of Andrew McCabe, reeked of Trotskyite revolutionary ideology and methodology.  He tweeted, “When the full extent of your venality, moral turpitude, and political corruption becomes known, you will take your rightful place as a disgraced demagogue in the dustbin of history. You may scapegoat Andy McCabe, but you will not destroy America… America will triumph over you.”

Wow!  America will triumph over a president it elected?  That language reveals the failed coup engaged in by the former CIA Director and reveals the depth and breadth of the Deep State under Obama.  It validates the claims of Donald Trump that the CIA, FBI, and most of the other governmental arms are corrupt.  Mr. Brennan, in 2017 called for members of the executive branch to defy the President and urged them to “refuse to carry out” his lawful directives if they did not agree with them.  That is insurrection, not mere insubordination.  Mr. Brennan is not alone, he has company and support from another hard-core leftist, Samantha Power, the Obama operative that dug deeply into all intelligence picked up on the Trump team.  She found Brennan’s tweet inspiration and tweeted, “Not a good idea to piss off John Brennan.”

We have the former CIA Director calling for the overthrow of a duly elected president, a former Attorney General (Eric Holder) calling for a ‘knife fight’, a Senate minority leader speaking ominously about what the intelligence community might do to Trump (‘they have six ways from Sunday at getting back at you’), and various former FBI and CIA officials cheering a coup.  Obamagate is in full bloom and should alarm every American citizen who loves this Republic.

Andrew McCabe, James Comey, Robert Mueller, the entire Obama administration and Clinton camp, as well as the Democrat Party, reveal their animus and malice.  They manipulated the FISA court with faux intelligence and demonstrate they do not believe that the “rule of law” applies to them.  They lie whenever convenient and are openly calling for a coup against a duly, legally elected president.  According to our constitution that rises to the level of TREASON.

Thus far the coup has been thwarted but if the Republicans in Congress and the Department of Justice do not move to end this charade and attempt to overthrow the 2016 election they will do incredible damage to our system of government.  Sadly, there are millions who believe the lies and are unable to see the reality.  It is hard to imagine that we would have an American CIA Director who supported a Communist for President, but we did!  That kind of revelation should cause you great concern and make you aware of the great need to Drain the Swamp and Dismantle the Deep State.  The only way that is possible is by DEFEATING the Democrats in 2018 and again in 2020.  However, it is not enough to just elect Republicans we must find and elect Conservatives who believe in the Original Intent of the Constitution or we will move further down the road of destruction in America!

It is not Trump that needs to end up in the “dustbin of history” but those Swamp Denizens and Deep State operatives who are destroying or seeking to destroy our Constitutional System of Government.  The task is daunting, the hill we must climb high, and we dare not fail to remember that “evil takes no holidays and never sleeps.”  If you love Freedom and Liberty and are a true American Patriot, then I plead with you to wake up and become involved in the process.  America can be saved, but only if her patriots rise to her defense!   REMEMBER NOVEMBER and Defeat the Leftist!