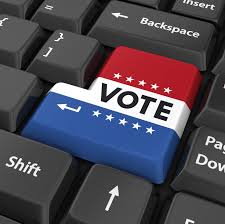 Today is election day.  I want to offer this for any who have not yet voted and hope it resonates with you.  I have contended for years that the Political Tags of Democrat, Republican, Libertarian, and even Independent should be stripped away when considering who to vote for in America.  I readily acknowledge that the Tags are meaningful in some situations because they suggest how the candidate will vote on various issues.  In today’s political climate the Democrats vote in a bloc once in Washington so we cannot ignore that tag.  However, I contend that if we truly want to know who the candidate is we must strip away the Tags and view the policies and agenda they are embracing and campaigning on.  The problem with that is too many of them say one thing in one city and another in another trying to be all things to all people and offend none.  That alone is often enough to cause me to dismiss them.  Unfortunately, even then, when I compare their positions, I find one less dangerous than the other.

Let’s attempt to place some of the policies, agendas, and ideologies of today’s political arena without the Tag and see if that helps to expose or solidify our confidence in one Party or another.  It may be an exercise in futility, but I’m tired of beating my head against the wall and shouting from the rooftop with zero response from too many.

TAXATION is a very important issue in these or any election or should be.  Do you believe that the government has the right to ‘confiscate’ what you have earned and ‘redistribute’ it to those who do not produce?  Do you believe that it is beneficial for you and your family to keep more of your hard-earned income rather than seeing your taxes go up?  Do you believe the statistical evidence that lower taxes spurs, the economy, encourages investment, and produces more revenue for the federal government?   One party supports higher taxes and embraces the ‘Death Tax’ which requires the heirs to pay taxes a second or third time on the money their benefactors bequeathed to them.  One party believes that the only way to meet the demands for entitlements and spending is to increase taxes and dismisses the idea that a booming economy with lower taxes actually produces more revenue for the federal government.  A dispute that the historic facts refute.  Which do you prefer, lower taxes or higher taxes?  Then you have a clear choice today.

ILLEGAL IMMIGRATION is another hot topic in today’s political arena.  There is the argument that to secure our borders is lacking compassion because those seeking to come are simply trying to win a better life for themselves and their families.  Open borders remove the national sovereignty of the nation that eliminates their borders.  Do you believe that the Constitution guarantees citizenship to anyone born on our shores even if neither parent is a citizen?  The facts do not support the view of ‘birthright citizenship’ and require that one or both parents be a U.S. Citizen.  Do you believe in the Rule of Law?  If there are no borders and anyone and everyone is allowed to come into this country do you believe that is a threat to our safety, economy, and system of government?  One party is promoting an elimination of all borders, citizenship for everyone, and even allowing those here illegally to vote in our elections.  Which do you prefer, a Sovereign and Safe America or an America that is under the governance of some world entity such as the United Nations?  Then you have a clear choice today.

FREE STUFF FOR EVERYONE is another call of today’s political world.  There is a certain hint of compassion to declare that everyone should have health care, access to the doctor of their choice and treatment for all conditions.  That sounds noble but in considering Medicare for All one should ask, “What is the cost?”  We should be asking the politicians that demand we are the only industrialized nation in the world without such a plan.  I must ask how that has worked out in other nations?  We should also be asking, “Can we afford it?”  If you believe that healthcare is a basic right, then you probably support Socialized Medicine or Medicare for All regardless of the cost.  However, if you are interested in the viability and sustainability of such a program you are asking, “What is the True Cost?”  With that in mind, you have a clear choice today.

The cost of Medicare for All, Free College for Everyone, Unlimited Welfare, and Entitlements will more than double if not triple the current national debt and leave our economy in shambles for generations to come.  The cost is astronomical not to mention the inherent delay in treatment, access to doctors, and the denial of care for certain segments of society.  If you believe that the Free Market approach of competition and portability in health care is the best approach you reject the FREE STUFF because nothing is FREE!

INALIENABLE RIGHTS are on the ballot even when they are not specifically named.  If you believe, as did our Founding Fathers and the Framers, that we have certain Rights that come from God, not the government you want those rights recognized and protected.  When it comes to ‘gun violence’ or ‘deaths via gun violence’ one party lumps all the numbers into one category and use that to sell their agenda of ‘gun control’.  One candidate used a number that was 66% higher than the reality to advance the idea that ‘gun control’ is needed while insisting that the candidate was a defender of the 2nd Amendment.

What about the Right to Freedom of Speech regardless of political, ethnic, economic, or religious beliefs?  One party wants to restrict the ability of some to voice their opinions and labels those opinions as ‘hate speech’ while allowing almost unrestricted access to public forums by those with whom they agree.  Do you believe that Speech must be free for everyone or it is free for no one?  Then you have a clear choice today.

THE CONSTITUTION is on the ballot in these elections.  No there is no actual vote for or against that document, but the philosophies, policies, ideologies, and agendas place it on the ballot.  If you believe that the Constitution is a living ever-evolving document, then you like one party more than the other.  If you believe in Original Intent and want to keep the system of government, the provisions and even restrictions on politicians afforded you find the living document argument objectionable.  Then you have a clear choice today.

I personally stand on the side of Limited Taxation and believe that the government’s confiscation of our money is often a bad thing.  I can appreciate the need for everyone to pay their fair and proportional share but not the use of government funds for the purpose of buying votes.  I am pro-immigration, but it must be LEGAL and want secure borders to keep America safe, our economy strong, and our nation sovereign.  I follow the Bible directive that all able-bodied persons work and not receive handouts.  I am opposed to Socialized medicine and freebies.  Things given to those who refuse to work engenders that mindset and makes it a generational problem.

I believe that we have certain rights that come from our Creator and the government has no right or authority to attempt to restrict or repeal those rights.  Government is to be limited and of the people, for the people, and by the people.  In that, I am a proponent of Term Limits for politicians.  I am Pro-America, a Vietnam Veteran, a Patriot, a Christian, and a Husband, Father, and Grandfather.  I have found that my beliefs place me at odds with the party that promotes Big Government, Open Borders, Gun Control, Higher Taxes, and Socialized Medicine.  If you don’t know which party that is I’m not sure my telling you would convince you.  I have voted and voted against the liberal leftism of the Democrats.

I ask that you VOTE and hopefully you will vote informed and for America!  God bless you and God bless America!