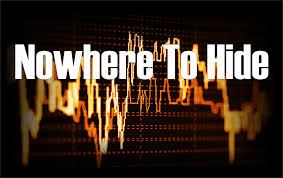 Several things have stood out to me recently that have reaffirmed my belief that the Leftists Liberal Progressives Democrat or RINOs are far more interested in harming Donald Trump than they are America.  It is about power and that will not change in the foreseeable future unless something dramatic happens in the hearts of politicians and the public.

There is a short video clip that gives the reason that Nancy Pelosi and the Democrats want open borders.  The clip can be viewed at pic.twitter.com/7KCM9K3leB.  It is quite revealing as to the ulterior motive behind the push for broad-brush amnesty and open borders.  The sad reality is that this will move the needle on precious few who are not already adamantly opposed to open borders and want to retain and maintain our national sovereignty and security.  The sheep that follow MSNBC, CNN, and the other media propaganda outlets of the Democrats will continue to shout, Amen and vote Blue.  Facts are anathema to them and when facts are presented they usually resort to name calling and shouting “Trump Bad! Trump Bad!” in the spirit of Jim Acosta and Maxine Waters.

You may recall the memo from Clinton’s former communications director Jennifer Palmieri regarding the Dreamers.  She said, “The fight to protect Dreamers is not only a moral imperative, but it is also a critical component of the Democratic Party’s future electoral success.”  Ms. Palmieri, me thinks that the last part of your statement reveals how little you truly believe in the first part. It reveals the motive behind the push of the Left to obliterate our American borders and national sovereignty.  Does that trouble you?  It does me, but there is not one sound of protest from the media and not much from the Republicans in Washington.

Queen Nancy Pelosi’s unintentional or intentional exposure of their motives is clear but another factor she failed to mention is the huge vineyards owned by her and her husband in California and their need for cheap labor.  She demands that we have a minimum wage of $10-14 per hour but does not pay her illegals the minimum.  But, that’s okay since she is a Liberal Leftists Progressive Democrat, right?  Only in the minds of the New Democratic Party of Socialist in America.

Another thing that reveals how far into the tank or toilet we find ourselves is in the response of Chief Justice John Roberts to President Trump’s complaint that an Obama Judge ruled against his Asylum edict.  Justice Roberts insisted that we do not have Obama Judges, Clinton Judges, Bush Judges, and Trump Judges.  Justice Roberts your words reveal that you are anything but a conservative and a constitutional originalist.  You are another of the Swamp Denizens who continually seek to protect their own and secure your place in the Swamp hierarchy and guard your historical legacy.  America be damned if protecting America interferes or conflicts with your agenda.

How about United States District Court Judge Carlton Reeves an Obama appointee in striking down Mississippi’s law against abortions after fifteen weeks.  He not only struck it down, but he also expressed his reasons in incredibly radical and partisan language.  He said that the law “unequivocally” violated women’s constitutional rights.  He found zero “legitimate state interest strong enough, prior to viability, to justify a ban on abortions.”  He added that “the Mississippi Legislature’s professed interest in ‘women’s health’ is pure gaslighting.”  He then made a statement that made my skin crawl and the hair stand up on the back of my neck.  He said that Mississippi’s law to protect the unborn reflected “the old Mississippi.”  He argued that it was the Mississippi that was bent on controlling women and minorities.  Sounds like judicial activism to me.

Everybody and their puppy dog knows that we have judges that are partisan and hold a political bias.  What we are supposed to have is what Roberts said we have, “Impartial Justices and Impartial Justice.”  One of the major reasons the Founding Fathers gave federal judges lifetime tenures was designed to ensure that we maintained judicial impartiality.  They believed that by removing the fear of removal from office of the need to seek reelection would remove the tendency to be biased and help them maintain impartiality.  Some seem to achieve that but too many are simply, Obama judges, Clinton judges, Bush judges, or Trump judges.  It is in the best interest of America for our judicial system to be blind to party, politics, or anything other than the Constitution.

The danger laced in judicial activism is that a paltry one percent of federal appellate decisions gets reviewed.  That has resulted in courts like the Sixth Circuit becoming a ‘de facto’ Mini Supreme Court.  That is true with each of the twelve circuits and is a problem.  I have argued for a long time that judicial appointments are probably the most important thing that a president does.  If the President appoints judges that are not activist but are constitutional originalist we have a hope of restoring and preserving our System of Government.  If the courts are packed with liberal activist such as was the case under former President Obama, we have rulings like that of Judge Carlton Reeves.

It is imperative President Trump strive to make the lower and mid-level federal courts as constitutional as possible.  He dare, not focus solely on the Supreme Court and fail to nominate and appoint constitutionalist to the lower courts.  The impact that President Trump has on the courts over the next two years will largely determine the success or failure of Constitutional America.  We need fidelity to the Constitution, not judges who follow Saul Alinsky’s Rules for Radicals.  Those are further reasons to stay engaged and work diligently to defeat every liberal leftist’s progressive socialist in 2020.  America’s future depends on it and on us to pray, labor, and vote.