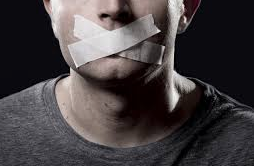 The Democrats, some Republicans, and the Main Stream Media all insist that Donald John Trump, the President of these United States is the greatest threat to Freedom of Speech in our lifetime.  I have one small pertinent question, “Where were the complaints when Barack Hussein, the former President, evicted a reporter for asking a question?”  You don’t remember that?  Convenient and selective memory?

CNN Reporter, Jim Acosta is a media thug that believes it is his moral mandate or whatever kind of mandate he believes in, to attack President Trump on everything and whenever and wherever the opportunity presents itself.  President Obama challenged a reporter that interrupted him and asked a question that he obviously did not like.  He said, “You are in My House.”  The reporters in the room chanted “Throw Him Out!”  The MSM applauded the president but when Donald Trump takes similar action against one of the liberal leftist activist of CNN he is worse than Lucifer himself.

It is not that I agree or disagree with Trump or Obama on their handling of the reporters but the double standard being used, that is my issue.  I have no problem with Obama or Trump dealing with rude and interruptive reporters but if it was okay for Obama then it should also be okay for Trump.  I am 100% in favor of Freedom of Speech and believe that is speech is not free for everyone it is free for no one.  I may not like what you have to say but you have the right to speak your mind.  The caveat that I place on that is somewhat two-fold.  You do not have the right to endanger me and you do not have the right to violate my house.  If I lay down guidelines of decorum and you are invited to my house, you can be and should be expected to abide by them.

Once you leave my house you are free to write or say whatever you please, within limits of the law.  But, while you are in my house I have every right to ask you to cease your disruption and rudeness or the right to show you the door.  You may disagree and argue that the White House is our house and we can say or do whatever we want there.  It is the people’s house in the sense that we are the true owners and overseers of government.  However, when we elect a President and he takes up residence and conducts business there, it is his house.  I say that in the same sense that I would say that if you rented a house it is your house while you live there and maintain the provisions of the rental agreement.

Obama removed a heckler in 2015 for disagreeing with his deportations of illegals.  Obama said, “Shame on you.  Listen you are in my house and it is not respectful.”  I don’t disagree.  The heckler continued to interrupt, and Obama asked for the heckler to be removed from the room.  The former president said, “As a general rule I am just fine with a few hecklers. But not when I’m up here in the house.”  Okay with hecklers?  I would say that you were not okay and now that President Trump has reacted in a very direct manner to a reporter who was, in a very real sense, interrupting and heckling him, you and the Left consider it the epitome of evil and a threat to our Freedom of Speech.  Double Standards are double standards and should not be allowed.

Obama said that if the guests were “eating the hors-d’oeuvres and drinking the booze” they were expected to listen respectfully.  Hey, I do not disagree, but I am concerned that the blind hatred for President Trump allows the double standard to become the norm.  I am convinced that if President Trump said we were going to open the borders and allow anyone and everyone to come into this country unvetted the Left would argue that there was something nefarious in his edict.  I would too, but that is not my point.  The point is that no matter what he does, he is damned.  He can do exactly what President Obama did and he is wrong.  He can do the exact opposite of President Obama and he is wrong.  At least in the eyes and rhetoric of the Democrats, MSM, and the haters in this country.

Freedom of Speech has an enemy and that is Political Correctness that has become so pervasive in this country it is stifling freedom.  Well, freedom is stifled for anyone who disagrees with the ideological position and agenda of those following the toxicity of liberalism embraced by the Democratic Party.  I am a devoted advocate for the preservation of our inalienable rights including the 1st Amendment and Freedom of Speech.  When institutions of higher learning (tongue in cheek) ban anyone holding an opposing view to the Socialist Liberal Leftist Progressive view of today they become the enemy of Freedom of Speech.

Freedom of Speech must walk hand in hand with the right to Peaceable Assembly.  You can preach your beliefs with the fervor of an evangelist and I will defend your right.  However, if you, as some have, call for the eradication of ethnicities I will argue that you are in violation of our constitution, the law, and abusing your right to Freedom of Speech.  I am okay with classrooms teaching the theory of evolution, although I do not believe in it, so long as they give equal time to creationism.  If a news outlet claims to be a body that reports the news they should ‘report the news’ not ‘make the news or become the news.’

The enemies of Freedom of Speech are those who seek to silence any segment of our society for their political purposes.  If you disagree with me, you are not obligated to engage in conversation with me or debate me. Institutions of higher learning should be about unveiling truth not propagating a particular view.  Critical thinking’s departure is a very real danger in our American society today.  The fact that people, many people, no longer think but regurgitate what they hear from their source of ‘news’ leaves this Republic open to internal destruction and exposes us to outside enemies.

I stand for your right and my right of Free Speech.  When any group becomes the self-appointed police of what is acceptable speech without due process they are the enemy of Freedom of Speech.  Someone asked if I watch CNN or MSNBC and my answer is no.  Oh, I will occasionally listen to hear what they are saying, then fact check their assertions, allegations, or charges so I can present truth to anyone who will listen.  If 95+% of everything that comes from a source is Anti-conservatism and an attack on President Trump and the agenda voted for by the American people, I turn it off.  They can say it, but I don’t have to listen to it.

If you want to protect and preserve our inalienable right of Freedom of Speech you need to think and develop the ability to use critical analysis and thinking.  You need to examine what is being done and the inherent dangers of censorship.  If you do that I am convinced you will reject the liberal leftists socialist of the Democratic Party and vote for candidates that stand for the rule of law and the constitution.  It is, in a very real sense, a fight for Faith, Family, and Freedom.