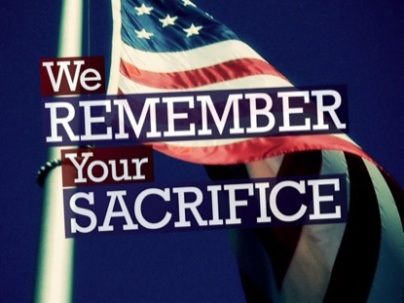 In our American history and the history of civilized societies around the world the price of freedom has been almost immeasurable and the need of leadership repeatedly on display.  I am a veteran of the War in Vietnam and like most who served I lost people I knew and some whom I called friend but all I call brothers.  I have been privy to the horrors of decisions that resulted in the death of those fighting to secure freedom and liberty.  I don’t and won’t talk about it, would like to forget it but I know the pain.  WAR IS HELL but sometimes FREEDOM can only be secured by it.

President and former General George Washington told Congress in his first annual address on June 6, 1790, “To be prepared for war is one of the most effectual means of preserving peace.”  Thomas Paine in 1777 said, “Those who expect to reap the blessings of freedom, must, like men, undergo the fatigues of supporting it.”  Our founding fathers did not desire war, were not war-mongers, and would have chosen peace if they deemed it even remotely possible.  Yet, they understood that in order to throw off tyranny sometimes you have to FIGHT.  Those in the leadership positions would be charged with drafting the strategy and ordering those in the trenches to implement it.  Those orders would cost thousands of people their lives and their blood would stain the ground so that those after them could live free.  In war you must have ‘leadership’ and you must have ‘warriors’.  Both require total commitment to the cause and neither easy or without price. 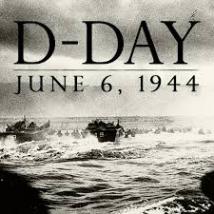 On June 6, 1944 General Dwight D. Eisenhower spoke to the Allied Forces and said, “Your task will not be an easy one. Your enemy is well-trained, well-equipped and battle hardened.  He will fight savagely.”  General Douglas MacArthur understood as he declared, “A true leader has the confidence to stand alone, the courage to make tough decisions, and the compassion to listen to the needs of others.  He does not set out to be a leader, but becomes one by the equality of his actions and the integrity of his intent.”  He also knew the high price of war saying, “In war there is no substitute for victory.”  He further anchored that conviction saying, “It is fatal to enter any war without the will to win it.”  God help us for since WWII America has repeatedly done just that and it has resulted in tragic loss without significant accomplishment.  Eisenhower said, “History does not long entrust the care of freedom to the weak or timid.”  Leadership and resolve are cornerstones of FREEDOM!

When you face enemies such as the Empire of Japan, the Third Reich under Hitler, and see quotes from despots like Italian Dictator Benito Mussolini when he declared, “Fascism accepts the individual only insofar as his interests coincide with the state’s” you realize the indispensable need for resolve and leadership.   Winston Churchill may have said it best, “In War: Resolution.  In Defeat:  Defiance.  In Victory: Magnanimity.  In Peace: Good Will.”  As England faced possible annihilation he rallied the people and the troops saying, “We shall defend our island, whatever the cost may be, we shall fight on the beaches, we shall fight on the landing grounds, we shall fight in the fields and in the streets, we shall fight in the hills; we shall never surrender.”   God help us as we remember those who have served and those who paid the ultimate price in serving in our military that while WAR IS HELL if we must go to war WE MUST GO TO WIN.  Some experience inconvenience during a war but those who serve experience the HORRORS and some PAY THE ULTIMATE PRICE that those inconvenienced would no longer suffer inconvenience.  They served so that we could all BE FREE!  They are deserving of our highest praise and thanks.

In our modern era I am, at times, incensed over the callousness and ineptness of those charged with leading our men and women who serve in our Armed Forces.  They know nothing of the horrors of war and demonstrate no remorse over their decisions to place our people in harm’s way.  I join General Douglas MacArthur, “I am concerned for the security of our great Nation; not so much because of any threat from without, but because of the insidious forces working within.”

Today I SALUTE all who served and ask that every American citizen and lover of Freedom HONOR our Troops and Veterans.  I urge everyone to pressure their elected officials to insure that our veterans are cared for, their service and sacrifices respected, and their families embraced.  Without the willingness and sacrifices of those who have served WE WOULD KNOW NO FREEDOM!